Best Day On The Water: A Profound 'Payback' 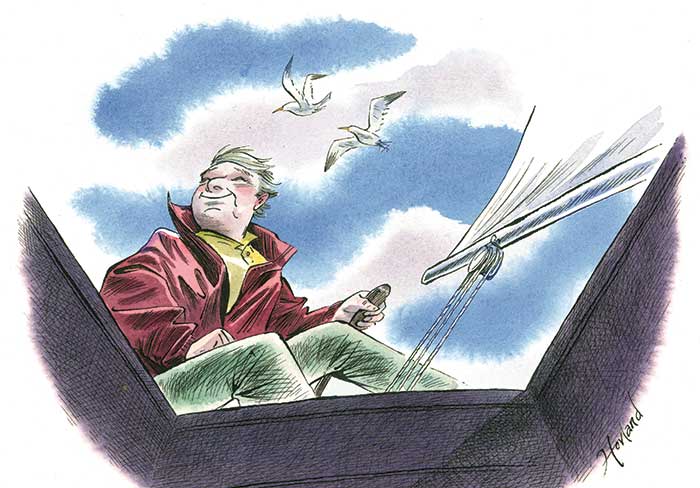 I was 13 when Uncle Adam shanghaied me to crew aboard his Sunfish Phantom. His two sons had outgrown the sailing bug, so he chose me. That first summer he introduced me to sailing and Chesapeake Bay.

The next summer he turned up with an O'Day Mariner to venture farther into the Bay. He taught me to sail by the seat of my pants, literally, explaining that a good sailor can feel when the boat is trimmed properly. For our third and fourth summers Adam bought a trailer at a campground on the upper Bay to expand our cruising grounds. We explored the joys of sailing into the sunsets, then watching the moon rise.

After that summer, Adam moved to Florida, selling the boat. I grew up, joined the Coast Guard, then worked at a small police department. I got married, and my wife and I bought Southern Cross, a Precision 23-foot sloop, so I could share the Chesapeake with her.

One day, Adam called to say he’d moved to Delaware, heard I had a sailboat, and, laughing, asked if I needed crew. I saw an opportunity to repay him for teaching me the pleasures of sailing. I picked him up and headed to my marina near the Chester River in Maryland.

Well into the sail, Adam suggested I go take a nap. I soon realized the reason behind his request. I remember looking out the companionway at the man who had given me such a gift as he sat on the starboard seat, tiller resting under his wrist, foot propped up on the opposite seat, his watchful eye on the sails. He was in his element — a sailor at sea.

It would be the last sail we shared, but it was the best day for both of us.