More importantly, do you know how a new 5G cellular network may affect your boating? Possibly not in a good way. 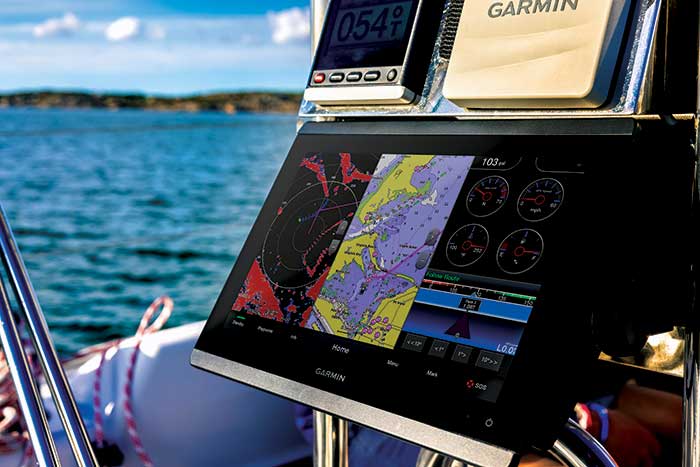 A 5G mobile data network operating near the GPS frequency could have a negative impact for boaters on marine navigation and weather forecasts. (Photo: Garmin)

For a long time, GPS has been an integral part of boating. Everything from supertankers to kayaks use GPS for precise navigation, and it would be hard to imagine not having it. Of course, boating is a small niche among GPS users. Newer cars, all commercial aircraft, farmers, the military, and hikers all depend on accurate GPS. Over the years, GPS has changed, from government's intentional error induction (up until the 2000s, but no longer) to the current far more accurate receivers. Twenty years ago, 100 meters (330 feet) was the best accuracy you could get, and that was only guaranteed most of the time. Now boaters can know where they are, nearly anywhere on the planet, within about 16 feet. Boaters particularly need that accuracy and reliability as they enter an inlet at night, negotiate reefs at dusk, find a fishing spot, or even sail to a faraway island.

Lately, though, GPS is faced with potentially severe degradation in accuracy by another technology that we all want — 5G (fifth generation) cellphone service. 5G promises super high-speed data. When the current 4G service was introduced, Snapchat, Uber, and video calls over cell networks didn't exist and, it's argued, the country needs the much higher speeds of 5G (10 times or more faster than 4G) to continue to introduce new technologies, such as autonomous cars and augmented reality.

Unfortunately, in April 2020, the Federal Communications Commission (FCC) said it would grant a license modification to a company named Ligado Networks to allow them to operate a 5G mobile data network in the middle of a critical satellite navigation and communications spectrum. The problem with using radio signals so close to the GPS frequency (GPS is simply a very sensitive and sophisticated radio receiver) is that spillover can cause interference with the very faint radio signals received by GPS. Simply put, while we all want 5G, it can't come at the expense of GPS.

More recently, FCC received letters from major stakeholders, including BoatUS, objecting to the license modification. As of the end of 2020, FCC is not budging on its decision, despite objections from the departments of Defense, Commerce, Interior, Homeland Security and Transportation. Other stakeholders are frustrated by FCC choosing not to listen to experts from aviation, the military, first responders, the scientific community, and commercial and recreational boating, including BoatUS, who advocate strong protections for GPS. Instead, FCC is siding with Ligado and the research it has funded.

This is not the first time this has happened. Ten years ago, LightSquared, now Ligado, also sought a license modification for a high-powered, nationwide terrestrial network to serve the surging broadband market. Testing indicated that the modified signals could potentially overload the vast majority of GPS receivers. Back then, FCC immediately put a hold on LightSquared's request, and the company filed for bankruptcy.

Several members of Congress, including Sen. Jim Inhofe (R-OK) and Rep. Peter DeFazio (D-OR), are actively pursuing legislative solutions to protect GPS. BoatUS Government Affairs is working with them and other members of Congress to make certain that boaters have a reliable navigation system.

Will 5G cellphone networks affect the accuracy of marine weather forecasts? You wouldn't think the two would be related, but the 5G technology that carriers are eager to roll out could have a profound impact on weather predictions in general, and for boaters specifically, especially on hurricane forecasts.

The problem has to do with interference between radio frequencies that may be too close together. NOAA's Advanced Technology Microwave Sounder (ATMS) is an instrument that flies overhead in satellites. It collects water vapor data by sensing changes in the 23.8 GHz emissions of the Earth's atmosphere and surface. Weather scientists say this is the only frequency they can use to observe water vapor in the atmosphere, and NOAA says water vapor information is the single most important data for weather forecasting. 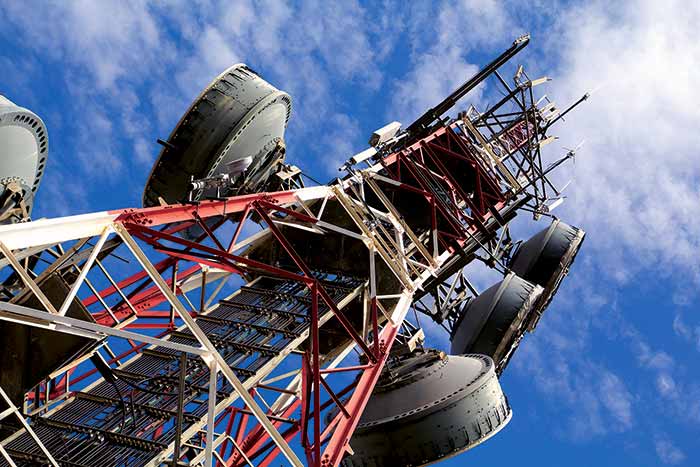 Individual boaters should not bear the cost of upgrading equipment to be assured GPS reliability. (Photo: Getty Images/Agafapaperiapunta)

Here's where the problem comes in. While ATMS uses a sensing band of 23.8 GHz, last year FCC auctioned off radio spectrum for 5G wireless transmission in the adjacent 24 GHz band, which NOAA says is so close to the ATMS frequency that it can interfere with the data. NOAA has concluded that the "spillover" limit advanced by FCC would result in about 77% data loss from ATMS. Neil Jacobs, acting head of NOAA, told Congress that 5G interference could set the accuracy of weather forecasts back 40 years because the interference could result in a 30% reduction in forecast accuracy. As an example, Jacobs said, with such a reduction in accuracy, the most accurate model at the time would have predicted that Superstorm Sandy would have been steered out to sea, rather than hitting the Northeast coast as one of the most damaging hurricanes in history, and preparation for the storm could have been cut short by days.

Other heavy-hitters such as NASA, the Department of Defense, and the American Meteorological Society, which support NOAA's conclusions, have expressed concerns about the potential consequences. The Navy wrote a memo stating the interference would lead to "a probable degradation of weather and ocean models" resulting in "increased risk of ... degraded battlespace awareness for tactical/operational advantage."

According to The Washington Post, FCC rejected NOAA and NASA's requests for more debate on the issue. Stakeholders hoped that the World Radiocommunication Conference would vote to restrict the potential for interference last fall, but the delegates decided to continue to allow much more interference than weather organizations suggested.

BoatUS has significant concerns with any potential interference with a reliable navigation signal as well as accurate forecasts. We also do not think that individual boat owners should bear the costs to upgrade equipment in order to be assured of the reliability of their GPS navigation systems. BoatUS will urge the incoming FCC chairperson to limit 5G interference. Visit fcc.gov/about/contact to contact the FCC chairman or commissioners.