Scientists say it's possible that, in the race to allow new 5G frequencies, some weather forecasts could be pushed back to 1980s accuracy. 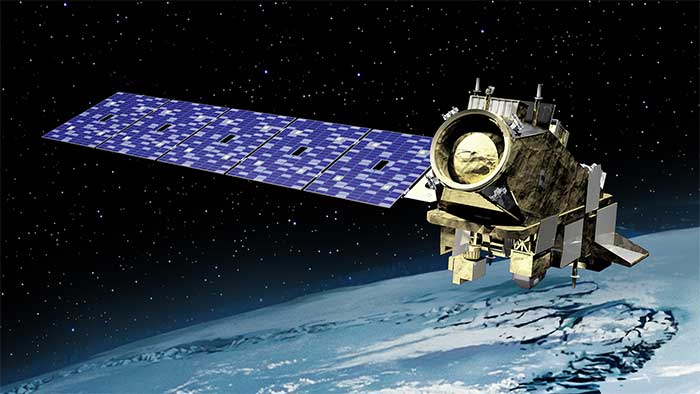 You wouldn't think the two would be related, but the 5G super-high-speed cellphone technology that carriers are eager to roll out could have a profound impact on weather predictions in general — and for boaters specifically — on hurricane forecasts.

The problem has to do with interference between microwave frequencies that may be too close together. NOAA's Advanced Technology Microwave Sounder (ATMS) is an instrument that flies overhead in satellites. It collects water vapor data by sensing changes in the 23.8 GHz emissions of the Earth’s atmosphere and surface, even through clouds. Weather scientists say this is the only frequency they can use to observe water vapor in the atmosphere, and NOAA says water vapor information is the single most important data for weather forecasting.

Here's where the problem comes in. While ATMS uses a sensing band of 23.8 GHz, earlier this year, the FCC auctioned off radio spectrum for 5G wireless transmission in the adjacent 24 GHz band, which NOAA says is so close to the ATMS frequency that it can interfere with the data. NOAA has concluded that the "spillover" limit advanced by the FCC would result in about 77% data loss from ATMS. Neil Jacobs, the acting head of NOAA, told Congress that 5G interference could set the accuracy of weather forecasts back 40 years because the interference could result in a 30% reduction in forecast accuracy.

"If you look back in time to see when our forecast skill was roughly 30% less than it was today, it's somewhere around 1980," he said.

As an example, Jacobs said, with such a reduction in accuracy, the most accurate model at the time would have predicted that Superstorm Sandy would have been steered out to sea, rather than hitting the Northeast coast as one of the most damaging hurricanes in history, and preparation for the storm could have been cut short by days.

The industries that represent the U.S. wireless communications industry dispute that the new frequencies will cause serious problems, saying that the water vapor sensors are far less susceptible to interference than NOAA claims. Brad Gillen, executive vice president of CTIA, the group that represents the wireless communications industry says, "It's an absurd claim with no science behind it."

On the other side of the dispute is not just NOAA, but other heavy-hitters such as NASA, the Department of Defense, and the American Meteorological Society, which support NOAA’s conclusions and have expressed concerns about the potential consequences. The Navy wrote a memo stating the interference would lead to "a probable degradation of weather and ocean models" resulting in "increased risk of ... degraded battlespace awareness for tactical/operational advantage.

According to The Washington Post, FCC rejected NOAA and NASA's requests for more debate on the issue.

"Commission's decisions with respect to spectrum have been and will continue to be based on sound engineering rather than exaggerated and unverified last-minute assertions," said FCC chairman Ajit Pai

The Navy memo says FCC could reduce out-of-band interference by tightening spillover limits. A major meeting of the world's spectrum regulators is set for this fall, during which limits on out-of-band emissions will be negotiated.