A Warning On Vessel Documentation

Here’s what you need to know to avoid overpaying when renewing your boat’s U.S. Coast Guard documentation. 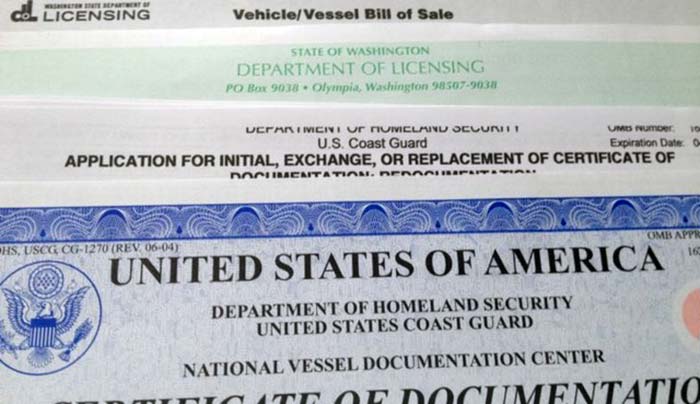 Do an online search for U.S. Coast Guard vessel documentation renewal and chances are several companies that are not the Coast Guard will come up before you'll see the official site. These internet businesses, while legitimate and legal, are not endorsed by the Coast Guard and often have misleading websites that may fool visitors into thinking they are official government entities, complete with official-looking logos and photos of what seem to be Coast Guard boats.

Some of these third-party companies may also send out official-looking letters offering renewal. A number of BoatUS Members have complained that these letters direct them to the same misleading websites. Often, the mailings and websites have no easily discernable disclaimers to warn boaters that they are not dealing with the Coast Guard. Some companies may try to get you to pay for two or even five years of renewals, potentially costing boaters hundreds of dollars more than if they did it themselves.

The Coast Guard has confirmed that third-party businesses do not get priority, and paying extra for any "expedited" service will not get your renewal any faster than dealing directly with NVDC.

To easily renew your vessel documentation, simply go to the U.S. Coast Guard National Vessel Documentation Center website and click on "instructions and forms." Renewal is simple and cost $26 per year.

To be documented, a vessel must measure at least 5 net tons and, with the exception of certain oil-spill response vessels, owned by a U.S. citizen. Boats about 27 feet in length or longer generally meet the weight requirement.