The Dangers Of Drinking And Boating 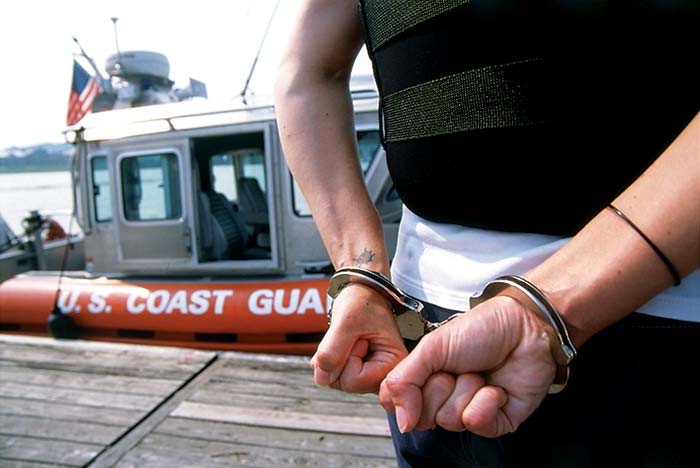 A few years ago, BoatUS received a surprising letter. The writer described a Memorial Day weekend getaway on a Florida lake with five friends. The group all went out on the boat, drank some beer, and had some snacks before visiting a bar that evening where they had some more drinks. When they left the bar, it was dark and they were all singing and laughing as the boat zoomed back across the lake. The next thing the letter writer remembered was waking up in a hospital, his jaw wired shut, having been unconscious for days. One of the friends from the boat visited him in the hospital that day and told him that, on the way back, they had struck an unlit dock. One of the passengers, she said, had broken his back, crippling him. Another had a serious brain injury. Sadly, another passenger died of his injuries. The letter writer was the owner and operator of the boat that night and was charged with boating under the influence (BUI) as well as manslaughter.

BoatUS has long warned of the dangers of drinking and boating, and the letter really got our attention after we realized it came from the Florida State Prison where the writer had been sentenced to several years. "Who would have thought going boating and having some drinks would have led to this?" he wrote. "We were on a boat, not in a car, no one had to drive, and there was almost no one else on the lake that night. But I will have this grief, sorrow, and profound regrets the rest of my life."

This tragic story, unfortunately, is too common. According to the latest U.S. Coast Guard statistics, alcohol use is the leading known contributing factor in fatal boating accidents. Where the primary cause was known, it was listed as the leading factor in 19% of deaths. And alcohol use ranks as one of the top five primary contributing factors in accidents. Because most minor accidents aren't reported to the Coast Guard, it's hard to say how many dock bruises, falls, and aggressive boating incidents are related to alcohol, but it's also likely to be in the top five.

Most people know that alcohol affects judgment, vision, balance, and coordination, which greatly increase the likelihood of accidents. The Coast Guard says that in alcohol-related fatalities, more than half the victims capsized their boats or went overboard. But what you might not know is that a boater is even more likely to become impaired than a driver of a car.

Stressors, such as exposure to noise, vibration, sun, glare, wind, and the motion of the water affect our skills when we drive a boat. Research shows that hours of exposure to these stressors produce a kind of a fatigue, or "boater's hypnosis," which slows reaction time almost as much as if you were legally drunk. Adding alcohol intensifies the effects, and each drink multiplies your accident risk. 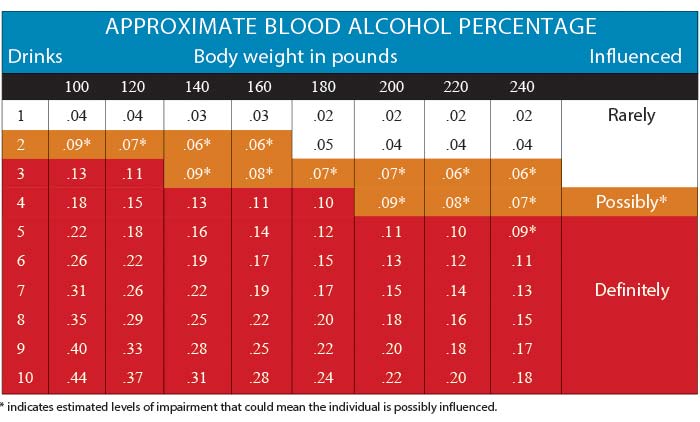 Drinking alcohol also deteriorates cognitive abilities and judgment, which makes it harder to process information, assess situations, and make good choices. Balance and coordination are impaired, and reaction time increased. Alcohol also causes decreased peripheral and night vision as well as depth perception and makes it harder to distinguish colors, particularly the all-important red and green of boat navigation lights and aids to navigation. An extra risk factor: Most boaters don't have the benefit of operating a boat every day as they do with the family car and are much less experienced driving a boat and less able to react appropriately and quickly to a potential accident.

Designated drivers are a great idea for cars but not so much for boats. Unlike a car, where you can fasten passengers’ seat belts and drive them home, passengers on a boat, while you’re at the helm, are free to roam about and even have more drinks. BoatUS Marine Insurance claims files have numerous instances of passengers who were injured when they fell onboard, or were injured or even drowned after falling overboard after drinking. Every passenger who is drinking is a significant safety issue, and a sober skipper may not be able to keep a sharp eye on inebriated passengers.

While cannabis is legal in several states, the federal government still considers it a Schedule I drug. Visit our Cannabis and Boating article to learn more.

Now that you know why alcohol and boating are dangerous to you and your passengers, you should also know the consequences of BUI. The Coast Guard and every state have laws that make it illegal to boat while you're impaired, and penalties continue to increase. Most states — Michigan being one of the newest — have standards for intoxication that match the state's highway laws for operating a motor vehicle, which is typically a blood alcohol concentration (BAC) of 0.08% or greater. Penalties can and do include large fines, suspension, or revocation of boat operator privileges, and jail terms. Many states also attach BUIs to your driving record. In some states such as California, a BUI arrest can be made on any vessel, powered or not, and even for people on water skis and wakeboards. The blunt truth: If you injure or kill someone while intoxicated, you could lose your boat, your job, your home, and even go to prison.

It's pretty simple — don't drink while you're boating, especially if you're the operator. If you choose to drink as part of your outing, plan your after-party ashore. If there's any question about your intoxication level, stay put until you're sober. The last thing we want is another letter from someone who made a very bad choice.

Myth: Beer is less intoxicating than wine or distilled liquor.
Fact: One 12-ounce beer contains the same amount of alcohol as 5 ounces of wine or 1.5 ounces of 80-proof liquor.

Myth: A cold shower, coffee, physical activity, or fresh air will sober you up.
Fact: Cold showers and coffee will only produce a clean, wide-awake drunk. Only your liver can detoxify alcohol, and only time can sober you up.

Myth: A shot of brandy or whiskey will warm you up.
Fact: In moderate amounts, alcohol dilates the blood vessels close to the skin giving a deceptive "glow" of warmth. In fact, the dilated blood vessels reduce your body's ability to guard against heat loss.