Impairment is impairment no matter the substance. But with marijuana, there is even more at stake — regardless of legality in your state. 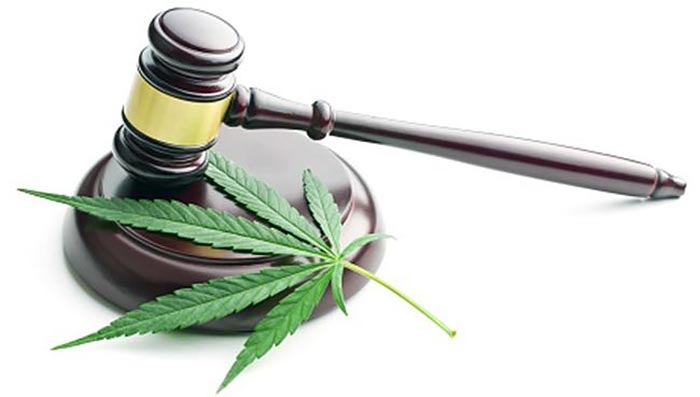 For many years, BoatUS has warned against the dangers of boating while under the influence of alcohol, which, according to the U.S. Coast Guard's 2017 Recreational Boating Statistics Report, continues to be the leading known contributing factor in fatal boating accidents. Now that the recreational use of marijuana is legal in nine states (including all of the West Coast of the U.S.), it's time to take a look at how cannabis can affect boaters — and their wallets.

As of June 30, 2021, 18 states plus Washington, D.C., have fully legalized recreational marijuana use, and 19 additional states permit the medical use of cannabis. Other states and localities have decriminalized cannabis possession (people who possess small amounts of the drug don't face criminal prosecution, but only civil penalties similar to a traffic fine). These laws are changing quickly, so check with your state to make sure you know the legal status of cannabis possession and use. The fact is that, in some places, cannabis is becoming as mainstream as say, wine. But there are important distinctions.

Even if cannabis is legal in your state, the federal government still considers it a Schedule I drug, which the feds say has the potential for abuse and has no accepted medical use. This is very important, because on any water (or land) under federal jurisdiction, it's illegal to possess cannabis even though a state may have legalized it.

And waters under federal jurisdiction are enormous. Consider that the entire coastline of the U.S. is under federal jurisdiction. That means that on coastal waters of California, Oregon, and Washington — states that have legalized cannabis — it is a federal crime to possess it. The U.S. Coast Guard says that "all waters including, but not limited to, the navigable waters of the United States" are under their authority. It's the "but not limited to" part that could be trouble for some boaters because, while it includes some bodies of water that seem obvious, such as the Great Lakes, Mississippi River, and Chesapeake Bay, it's also pretty much any waters that the federal government deems navigable, such as freshwater lakes, including Lake Tahoe, Salt Lake, Lake Champlain, and Lake of the Ozarks.

If you're subject to federal boating laws that require such things as life jackets, navigation lights, and sound signals, it's a good bet you're in federal jurisdiction waters. This jurisdiction issue also sets up some potentially uncomfortable situations. If you sailed your boat from say, Portland, Maine, to the nearby islands in Maine, or from Seattle to a Washington state island in Puget Sound, you'd be breaking federal law if you were in possession of cannabis. If you're not sure if the waters you boat in are under federal jurisdiction, contact the nearest Coast Guard office and ask.

Keep in mind that the Coast Guard doesn't need to have a warrant or even reasonable suspicion to board your boat. If they do, and you're in possession of marijuana (or any other illegal drug) or are under the influence of cannabis (or alcohol or any other intoxicant), you may be arrested. If you happen to have a U.S. Coast Guard license, it will likely be suspended for at least a year.

Now that you know about the issues of possessing cannabis, how about its effects while you're under way? According to the National Institute on Drug Abuse, marijuana significantly impairs judgment, motor coordination, and reaction time, and studies have found a direct relationship between blood THC (tetrahydrocannabinol, the chemical compound in cannabis responsible for the "high") concentration and impaired driving ability.

In all states, boating under the influence (BUI) laws are the same whether it's alcohol, cannabis, or any other intoxicant. Just as with a BUI conviction for alcohol, you will likely face heavy fines, possible jail time, and you could lose your driver's license. Many states now consider BUI convictions the same as driving under the influence (DUI), which means if you have one DUI and are arrested for a BUI, it's a second offense and the consequences can be much worse. If you happen to be on waters with federal jurisdiction and are arrested for cannabis possession, you could be sentenced to up to a year in jail for any amount. Second offenses have mandatory jail time.

Our advice for cannabis users is the same for those who imbibe in alcohol: Wait until you're back before you celebrate the day. And if there's any chance you'll be in federal jurisdiction waters, make sure you and your guests have a zero-tolerance policy for cannabis onboard.