Old-school boaters can brag all they want about sweating out an overnight in a cramped cuddy cabin. But times have changed, and more than ever it's comfort we seek. 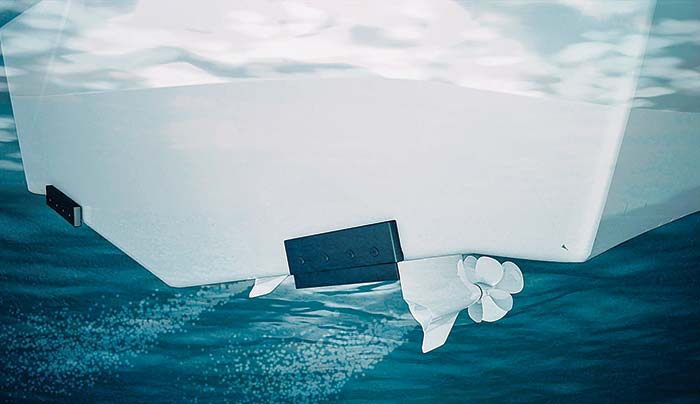 Volvo's Active Ride Control uses stern-mounted blades to reduce pitch and roll by up to 60 percent.

Compared to generations past, here in America today, as far as technology goes anyway, we're embracing our softer sides. If you're a seasoned salt, think back to your early days of boating. One of writer Doug Larson's thoughtful quotes might speak perfectly to your memories:"Nostalgia is a file that removes the rough edges from the good old days." Indeed. No longer willing to rough it quite as much as we used to for our boating fun, we've come to expect technology to improve many of our tactile boating experiences. Let's take a look.

Summertime is when we love being on our boats, but boating can be uncomfortably hot, especially for those in southern climates. Air conditioning is a boon for boaters in such places, but most systems are designed for enclosed cabins, and if you want the cool comfort, you have to be belowdecks. That's changed with the advent of the Webasto Breeze, made for open-cockpit cooling, with several vents that blow cool dry air on occupants. The system is similar to what's been in cars for decades and uses the boat's engine to turn a belt-driven compressor that along with an evaporator, condenser, seawater pump and fan, blow refreshing chilled air on the crew. At idle, the system produces 7,000 BTU. But at higher engine rpm it will make 30,000 BTUs of cool freshness. Future versions may be able to be retrofitted to older boats.

Quiet is not usually a word people use to describe a runabout at cruising speed, and intense noise can become downright unpleasant after a couple of hours. Humans are attuned to noise and vibration, and the loud drone of an engine along with a creaking and pounding hull become tiresome. One study showed that the helm of a bowrider at wide-open throttle is as noisy as operating a lawn mower. Knowing this, Sea Ray developed construction techniques using high-tech materials that reduce noise and vibration from the transom (where engine noise tends to be amplified) as well as special laminates in the hull that actually convert some of the pounding noise into harmless heat. Voids in the liner are filled with Hush Ride, a sound absorbing material, and inch-thick sound-deadening material is fitted to the engine compartment. Sea Ray claims its Quiet Ride system cuts noise in half, making extended stays on the water more pleasant.

What's the best way to quiet an engine? Not have one. If you've ever been on a boat driven by an electric motor, you know how eerily silent they are. Because the wind is the only thing you have to talk over, electric-powered boats are relaxing and easy on your ears. Electric boats have been around since 1893 and for those who embrace Tesla-like smoothness and quiet, their resurgence is welcome. Not only are electric-powered boats quiet and more powerful than ever, they appeal to environmentally conscious boaters because their fuel supply can be made with renewable energy and can't spill into sensitive waters. In addition, maintenance on electric motors is minimal with many having no maintenance required for thousands of hours of use.

You don't have to have a specially designed boat to take advantage of electricity. Torqeedo makes electric outboard motors up to 80 hp, while Elco makes inboard electrics up to 100 hp. Sailors are finding electric motors perfect for getting out of and back into their slips, and small outboards with built-in lithium-ion batteries can be ideal for small dinghies and kayaks. Larger boats can utilize solar panels and/or onboard generators to charge batteries, giving them unlimited range.

As batteries improve, more people are able to take advantage of electric power; in only two years, Torqeedo increased its battery capacity by 30 percent, and battery manufacturers are furiously scrambling to design higher capacity and faster-charging batteries, making them practical for more boaters. In many cases, electric motors can be installed on existing boats; Elco makes electric motors that fit standard motor mounts, making repowering with electric fairly easy.

For the roughly one-third of the population who's susceptible to motion sickness, being on the water can be about as fun as having the flu. But new gyrostabilization technologies that used to be available only on large yachts are changing that. 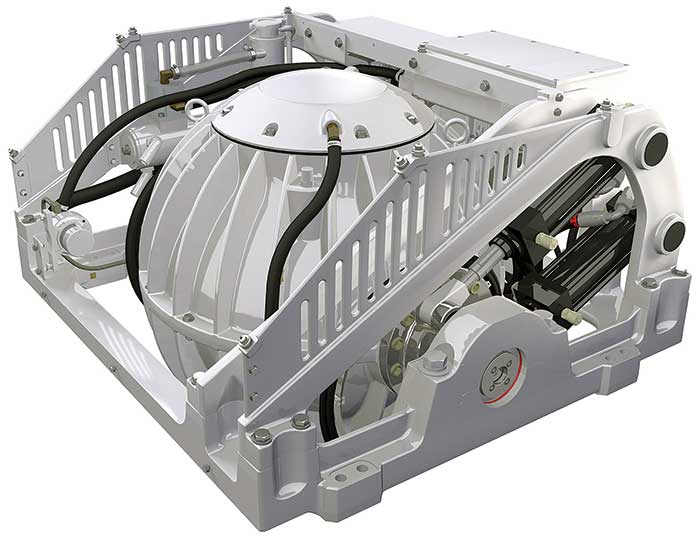 Seakeeper's gyrostabilization system now fits on boats as small as 27 feet and eliminates most roll — and seasickness.

We were blown away by a demonstration at a recent boat show of a Seakeeper gyro system on a docked boat. A couple of stout young guys stood on the rail of a 28-foot center-console, pushing up and down as hard as they could, mimicking a large beam sea. When the system was switched on, the boat was almost instantly transformed from an antenna-whipping, cellphone-slinging, sickness-inducing motion into a slow, hardly perceptible rocking, despite the best attempts by the dock guys who could only move the rail a couple of inches.

Seakeeper claims to eliminate up to 95 percent of roll; the decrease in motion we saw was nothing less than startling. Seakeeper's smaller gyros operate on 12 volts and can be fitted on most boats around 27 feet and larger. Prices start at around $23,000 plus installation.

Ride comfort also comes in other ways. Volvo's Active Ride Control (ARC) uses what the company calls interceptors — stern-mounted blades that quickly protrude down into the water at different levels depending on what the system's computer requires. Sensors detect motion and depending on which mode the driver selects, ARC can reduce pitch and roll by up to 60 percent and keep the boat level through turns. The system can be fitted to planning and semi-planing boats over 35 feet. 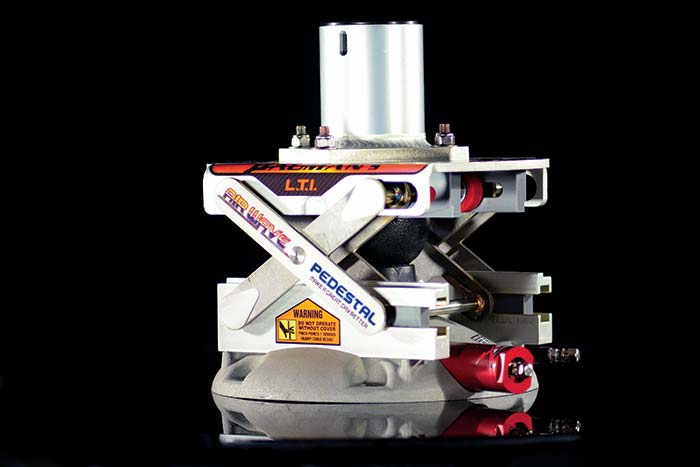 Another way to increase boat comfort, at least for those sitting, is shock-absorbing seats. For smaller vessels, such as bass boats and center-consoles that may experience rough water, these seats can make the ride much more comfortable. While these kinds of seats have been used on offshore racers and rescue boats for years, one manufacturer, AirWave, makes a shock-absorbing seat pedestal that can literally bolt right in place of the standard pedestal that came with the boat. The pedestal itself only weighs about 10 pounds and is an easy DIY install.