Recreational boating topics will be on the agenda, Thursday, Aug. 8, 4 p.m.,

at the Kitsap Conference Center at Bremerton Harborside 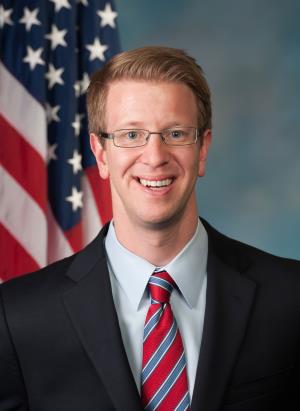 The discussion will highlight issues that impact recreational boating including boating access, safety, environment, workforce development and federal permitting challenges. A question-and-answer session will follow the remarks, and recreational boaters and staff from local marine businesses are encouraged to participate.

FOR MEDIA: Media wishing to attend may contact Ben Freedman at ben.freedman@mail.house.gov for press credentials.

Derek Kilmer serves as the United States Representative of Washington’s 6th Congressional District. With over a decade of experience working in economic development in the Puget Sound region, Derek Kilmer is focused on getting our economy and our Congress back to work. Derek was reelected to a fourth term in the U.S. House of Representatives in 2018 and chosen by his Democratic colleagues to serve on the House Appropriations Committee, one of only four ‘exclusive’ committees in the House. Derek serves on the Interior and Environment Subcommittee, Defense Subcommittee, and Energy and Water Development Subcommittee.

Derek has championed bipartisan efforts to better leverage federal research dollars to spur private sector innovation and job growth and bolster a 21st century workforce. As a native of the Olympic Peninsula, Derek knows the important role that natural resources play in our region, and is committed to protecting our waters and improving the health of our forests. It’s also why he helped found the Puget Sound Recovery Caucus to bring increased focus and attention to the cleanup work that needs to be done to restore our region's waters.

Derek and his wife Jennifer live in Gig Harbor with their daughters Sophie and Tess and their Australian Shepherd Truman.

Celebrating more than 50 years, BoatUS (BoatUS.com) is the nation’s largest advocacy, services and safety group for recreational boaters with more than a half-million dues-paying members nationwide and 21,000+ in Washington State. We are the boat owners’ voice on Capitol Hill and their consumer advocate. When boats break down on the water, our fleet of more than 600 red TowBoatUS response vessels is ready 24/7 to safely bring them home. The BoatUS Marine Insurance Program offers policies that give boat owners affordable, specialized coverage and superior service they need. We offer money-saving benefits including marina and service discounts, a subscription to the award-winning BoatUS Magazine and vital information that makes boating better for recreational boat owners. In addition, the member-funded non-profit BoatUS Foundation for Boating Safety and Clean Water is a national leader promoting safe, clean and responsible boating and offers range of online and on-water boating safety courses including the only free online Washington State boating safety course approved by the Washington State Parks and Recreation Commission.

NMTA is the country's largest regional marine association. Founded in 1947 to fight a proposed special tax on boaters, the Association quickly expanded its vision of a unified industry by pitching a tent on the shores of Lake Union and holding its first boat show. Today, with a membership exceeding 700, participation of individual companies like yours makes business better for all. There's strength in numbers so climb aboard to help yourself and your industry.

The National Marine Manufacturers Association (NMMA) is the leading trade organization for the North American recreational boating industry. NMMA member companies produce more than 80 percent of the boats, engines, trailers, marine accessories and gear used by millions of boaters in North America. The association serves its members and their sales and service networks by improving the business environment for recreational boating including providing domestic and international sales and marketing opportunities, reducing unnecessary government regulation, decreasing the cost of doing business, and helping grow boating participation. As the largest producer of boat and sport shows in the U.S., NMMA connects the recreational boating industry with the boating consumer year-round.