Managing and regulating our fish stocks is complicated and always contentious. In 2021, the job has become tougher than ever. 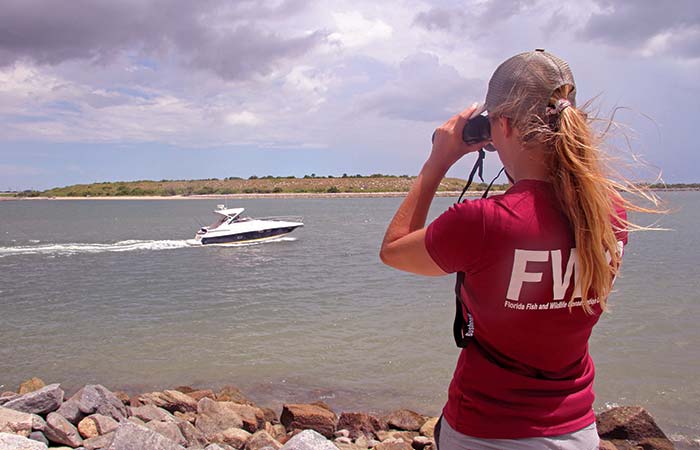 During Atlantic red snapper season, researchers from Florida's Fish and Wildlife Research Institute go out along the East Coast asking anglers about their red snapper trips and catch. (Photo: FWC/FWRI)

In marine fisheries management, not only is it impossible to make all people happy all the time, often it's a sure bet that no one will be happy any of the time. Fisheries are a resource that must be shared by multiple interests from recreational anglers to commercial fishermen to the ecosystem itself. This sharing crosses state lines and, in some cases, international boundaries. And to complicate matters, fish move: The one you're trying to catch in Florida this week may be off North Carolina's coast next week.

Fisheries managers are charged with the virtually impossible task of constructing regulations that serve everyone, while also maintaining stable fish populations. To make it even tougher, those irreverently uncooperative fish do things like eat each other. Tip the scales too far in one species' favor, and you may trigger the demise of another. Now throw a dash of climate change into the mix, add a spoonful of pollution and degraded water quality, and then toss in a heaping helping of political interests.

Considering all of the above, even Sisyphus would seem to have a more attainable goal than a fisheries manager. But in 2020, it got even tougher. A peripheral result of the pandemic was that counting fish became even more difficult.

While commercial fishermen are charged with recording their catch, fisheries managers utilize a partnership program called the Marine Recreational Information Program (MRIP) to keep track of recreational fishing's impact on fish populations. Using a combination of for-hire data collection, mail and telephone surveys, and in-person surveys at boat ramps, marinas, and fishing piers, MRIP seeks to develop accurate estimates of how many fish recreational anglers are removing from the water month by month and year by year.

Thanks to COVID, some key components in MRIP's arsenal — in-person intercepts and at-sea sampling — were suspended for a time. As a result, during parts of 2020, fisheries managers were essentially asked to count the fish with their eyes closed.

"While the pandemic disrupted the state-led surveys that collect catch-rate data from anglers, its overall impact was lower than expected," says NOAA Fisheries spokesperson Kate Goggin. "Marine recreational catch estimates are produced for two-month periods known as ‘waves.' Data gaps are most evident in Wave 2 [March to April 2020] when most shoreside sampling was suspended. By August, shoreside sampling had resumed. As of April 2021, at-sea headboat sampling remained suspended, but mail and telephone surveys have continued with minimal disruption."

Goggin points out that NOAA Fisheries was able to mitigate the impact by using past data to fill in some of the gaps. "This simple approach, known as ‘imputation,' involved using 2018 and 2019 catch data as proxy values," she explains. "The overall effects were modest, with some regional variability. For example, impacts on landings in New England and the Mid-Atlantic were larger than in the South Atlantic and Gulf of Mexico, reflecting the variations in states' decisions to suspend sampling."

While NOAA's efforts to plug the holes in fisheries data are to be applauded, many recreational anglers, however, were suspicious of MRIP's asserted catch rates long before the pandemic. Whether due to human error or some unknown confounding variable, it's not difficult to find examples of nonsensical numbers here and there in MRIP's data pool. Extrapolations and blunders like mistaking a tautog for a black sea bass could lead to tens or even hundreds of thousands of nonexistent sea bass being counted. Data generated by MRIP is public, so anyone can go to the "MRIP Query Tool" to see these results. So the veracity of MRIP's numbers — which fisheries managers must, by law, use as they create policy — were already questioned by certain angling communities in certain fisheries before the COVID curveball ever crossed the plate.

Setting COVID and potential issues with MRIP past performance aside, have you ever thought about trying to count fish while they're still living and swimming freely? Or trying to get accurate data from a fleet of 13 million tight-lipped anglers? Tabulating the number of fish in the sea and how many of them recreational anglers remove will always be the epitome of a Sisyphean task.

Part of our mission here at BoatUS is advocating for private boat anglers nationwide, and since 1966, BoatUS Government Affairs has been the voice of the recreational boater in Washington, D.C. To accomplish this task as related to fisheries management we've recently been involved in the following:

Fisheries management is a marathon, not a sprint, and management changes are ongoing in most fisheries. In some cases, the COVID-induced data-crunch is already having an impact. But in nearly all fisheries, the fracas over allocations and regulations existed prior to COVID and will continue for as long as there are fish in the sea. To get the latest information on any specific fishery being disputed, visit the American Sportfishing Association. Current stand-out battles include:

Gulf red snapper. The war came to a head in 2015 when fisheries managers tightened restrictions to allow for a meager 10-day private recreational boat season. It had been as long as 75 days just six years earlier, when there seemed to be far fewer snapper around. But as the population grew, the recreational catch grew with it, creating something of a vicious cycle — the more fish, the higher catch estimates grew, jumping ahead of regulatory measures and causing the appearance of overfishing. Meanwhile, regulators handed for-hire boats (a few hundred vessels) 43% of the recreational catch. Taking MRIP numbers into account, the remainder of the allowable catch allowed private boat owners just June 1–10 to target red snapper. As one might expect, lawsuits began flying, Congress became involved, and the Gulf states moved forward with state management plans in 2018.

The respite didn't last long as federal managers moved to "calibrate" state data collection with MRIP numbers in early 2021. This despite the state systems being set up specifically to combat the perceived problems that MRIP numbers had introduced. Federal managers also ignored a data-collection effort funded by Congress called the "Great Red Snapper Count." The two-year study from 2017 to 2019, involving 80 scientists spearheaded by the Harte Research Institute at Texas A&M University, estimated that there are more than 110 million red snapper in U.S. Gulf waters — as opposed to federal estimates of 36 million. The controversy continues.

Mid- and North Atlantic striped bass. Following a moratorium on striped bass harvest of any kind in Maryland and Delaware from 1985–1990, plus a shorter freeze in Virginia, this species rebounded strongly and was commonly held as a shining example of a fisheries management success. Populations grew and remained high through 2012 but have been dropping since. In 2018, stripers were declared "overfished" by the Atlantic States Marine Fisheries Commission (ASMFC), but since each member state sets its own regulations to reach desired harvest reductions, a patchwork of reduced bag limits, increased minimum sizes, slot limits, and reduced seasons have ensued.

Striped bass are one of the most popular recreational fish on the entire Atlantic seaboard. (Photo: Lenny Rudow)

Again MRIP is at issue, although in a completely different way. Its estimates of recreational catches more than doubled thanks to a change in survey methodology, as estimates of fish that were released after being caught rose to 85%–90%. Meanwhile, MRIP assumes a 9% mortality rate for released fish, primarily based on a 1996 study that specifically states that it should not be used to calculate coastwide mortality. So much of the angling community rejects its validity for this purpose. While most stakeholders from Maryland to Massachusetts generally agree that the striped bass fishery has entered a significant decline, just how significant it is and the culpability of recreational anglers remain at issue.

West Coast access. The most recent contentious recreational fishing issues have focused on access, not allocation. Since passage of California's Marine Life Protection Act in 1999, a network of Marine Protected Areas has created places where no fishing is allowed. During summer 2020, the California Senate Appropriations Committee considered adding new access limitations in Assembly Bill 3030, which ASA called "a serious threat to recreational fishing access."

"Our work is far from over both in California and nationally as the 30 by 30 concept continues to emerge," says Mike Leonard, ASA vice president of Government Affairs. "Our community is deeply invested in conservation, and we will remain vigilant in ensuring that the compatibility of conservation and recreational fishing access is recognized in this policy."