Best Day On The Water: The Last Time, The Best Time 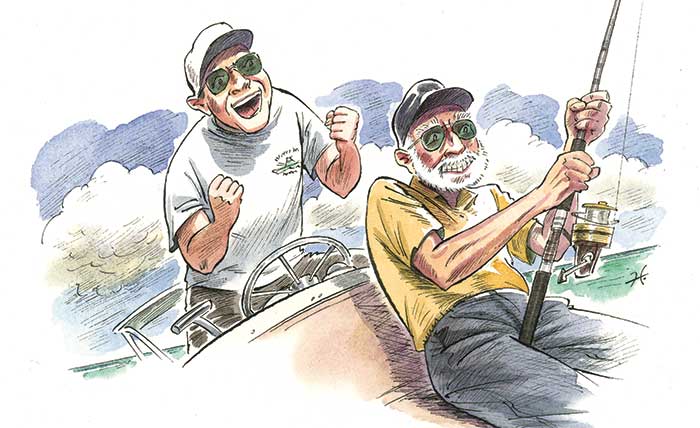 Dad had retired to Florida, but it seemed I always had something "more important" whenever he invited me down to fish. In early June 1990, I cleared my schedule for the man who taught me how to tie a clinch knot. Despite his resistance to my plans for a private charter, I convinced him to let me treat if I let him buy beers afterward.

The local captain said tarpon were spawning and our chances were good. We ventured into the Gulf about a quarter mile offshore. Soon after, the captain yelled, "We have a pod at 10 o'clock, bait up!" Dad and I quickly slid the 4/0 SS hooks through the shell of the pass crabs.

As the pod drew near, fish roiled on top. The captain told Dad to cast his crab into the middle of the pod. He made a dead center strike into the frothy school. In an instant, the look on my father's face more than justified the cost of the charter. He grunted in surprise as we watched line reel out like a runaway train as the big fish went deep. The captain yelled, "Reel! Reel! He's coming up!"

My old man was frantically reeling when the fish broke water like a Polaris missile leaving a submarine. When it hit the surface, Dad reared back hard on the rod, then I watched as he battled his first tarpon in a 20-minute tug-of-war.

We caught and released seven tarpon that day. The largest measured 74 inches alongside the gunwale. Although I've had good fishing days with my own son and grandsons since then, there will never be a better fishing day for me.