Two years after the toxic event that devastated Florida's recreational and commercial boating, BoatUS takes a look at current coastal conditions and whether mitigation steps have worked. 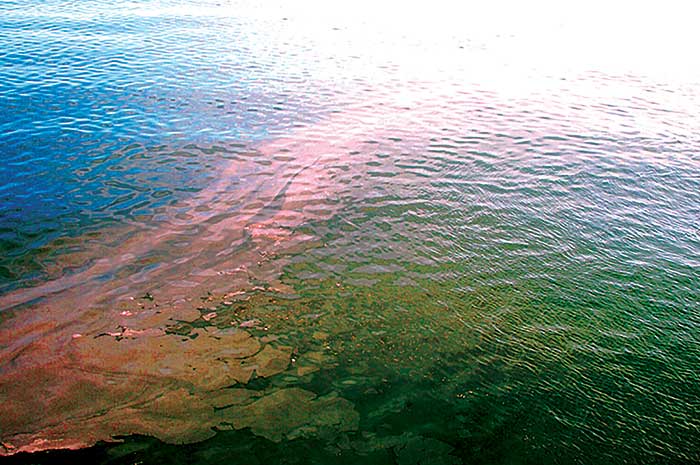 Though red tide has become a year-to-year issue that profoundly affects many Florida boaters and waterfront property owners, 2020 passed without a major toxic algae bloom. At the close of the 2020 May-to-October wet season, Florida hadn't seen a return of algal blooms comparable in size and duration to those of 2018's disaster.

At the start of this year, red tide remained present in low concentrations along the Florida Gulf Coast, with higher concentrations near Sanibel Island and the mouth of the Caloosahatchee River — but no extreme fish kills or multicoast environmental crises comparable to those of 2018. Have any changes put forth by individuals, governments, communities, and institutions made a difference? Or did we just get lucky?

Florida's 2018 outbreak covered the Gulf and Atlantic coasts in red-brown muck and thick mats of green toxic sludge, keeping recreational boats tied to shore, commercial fishermen docked, dead fish washing up on Sanibel's pristine beaches, and tissue-damaging breve toxins choking the air from Sarasota to St. Petersburg.  Kyle Potts, owner of TowBoatUS Charlotte Harbor in southwest Florida, remembers several years of above-average red tide in 2016 and 2017, but nothing compared to June 2018. "Where we used to get a break in late fall, early winter, we didn't. It got worse and worse." When the bloom finally cleared near-shore, there were offshore dead zones lasting into spring 2019. "There was no bait. Massive areas offshore were total dead zones."

Florida red tides, or explosive blooms of naturally occurring colonies of phytoplankton, have been documented in the southern Gulf of Mexico for centuries. Records show severe red tide blooms off the Gulf Coast in the mid-1900s. Red tide appears when there's a higher-than-normal concentration of microscopic photosynthetic organisms named Karenia brevis. A single-cell dinoflagellate, it's one of some 100,000 algae species but also among the 300 species that form blooms, and the one that forms toxic blooms in southwest Florida.

Marine scientists and biologists at Mote Marine Laboratory and Aquarium in Sarasota, Florida, have studied red tide for decades and identify the broad, shallow area located 11 to 40 miles west of Florida's southwest coast as the neighborhood where these algae blooms grow. The Gulf of Mexico Loop Current, tides, storms, and upwelling carry the blooms to near-shore areas where they feed on human-contributed nutrients in the water, leading to explosive growth.

Mote has undertaken a six-year commitment with the state, in partnership with the Florida Fish and Wildlife Commission, to mitigate the effects of red tide. According to Dr. Cynthia Heil, senior scientist and director of Mote's newly-formed Red Tide Initiative, they're working against the clock on more than 20 projects and technologies to find and test the most effective ways to mitigate adverse environmental and economic impacts.

Not Just A Florida Problem

The Center for Disease Control reports that more than 50% of U.S. states report a hazardous algae bloom every year in a freshwater body, and all coastal states report harmful algae blooms in marine waters. Similar to NOAA, CDC confirms that while warming waters, ocean upwelling (such as El Niño and El Niña), and drought can contribute to increased phytoplankton that produce toxins, other causes include increases in nutrient levels such as phosphorus and nitrates due to fertilizer runoff from residences and agricultural lands, sewage discharges, and runoff from urban areas and industrial facilities.

Mote's Red Tide Initiative director, Dr. Cynthia Heil, says the Red Tide Initiative is pursuing prevention, control, and mitigation strategies while trying to find a balance between effectiveness and possible side effects. For example, massive amounts of copper sulfate were dumped off St. Petersburg beaches in 1957, which killed off red tide algae cells, but the dead cells released toxins. "We're looking for something ecologically sound, economically feasible, and logistically attainable."

Professor of marine biology and algae research specialist at the University of Miami's Rosenstiel School of Marine and Atmospheric Science, Larry Brand, says he and many in the field agree that red tide blooms are natural, occurring for at least 500 years, since Spanish explorers first arrived in the area. But now, he adds, more scientists are finally willing to confirm that man-made pollution is partly to blame for making the red tide worse than it would be naturally.

The National Oceanic and Atmosphere Administration (NOAA) and other federal agencies provide federal grant money for research on toxic algal blooms. There are now close to 50 NOAA-backed research projects involving red tide and other harmful algal blooms (HAB). Several research models show some blooms can be brought on by environmental factors such as unusually high water temperatures and extreme weather events like hurricanes and drought. Other projects are looking at what occurs when nutrients such as phosphorus and nitrogen from sources such as lawns and agriculture flow into bays, rivers, and the Gulf and build up at a rate that overfeeds the algae existing naturally in the environment. 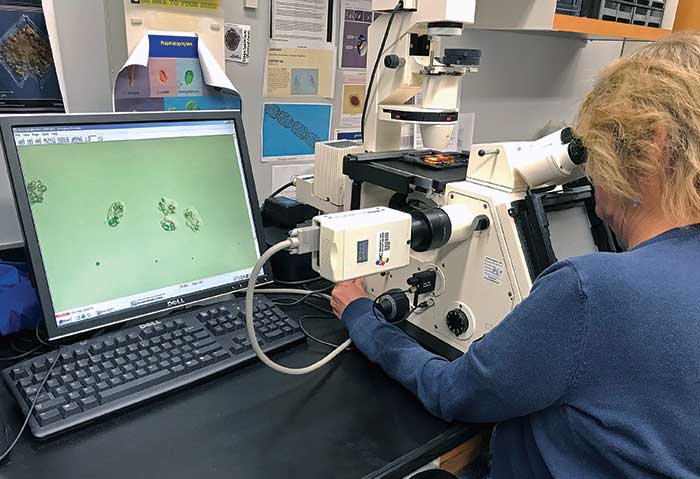 "Hurricane Irma in fall 2017 dumped large amounts of water along the entire length of Florida, including the entire Kissimmee River-Lake Okeechobee-Caloosahatchee River watershed," says Brand. "That flushed a large amount of nutrients from the watershed into the coastal ocean, which fed the red tide."

"We saw some water quality improvements in 2019," said Capt. Chris Wittman, a fourth-generation Florida native and co-founder of the nonprofit Captains For Clean Water (CFCW). "In 2020, we didn't get as much rain, which helped. The Army Corps didn't hold the water [in the lake during the dry season] as they do historically, therefore we didn't experience large-volume discharges. Toward the end of 2020, we started getting lake discharges again and had red tide bloom. The algae blew up into these hot spots at the mouth of the Caloosahatchee River and around the barrier islands."

Wittman worries that, as of January 2021, there was a red tide bloom present and the lake was 3 feet higher than that time last year, making it likely for a large bloom during this year's rainy season. A patchy bloom of the red tide organism K. brevis persists in Southwest Florida. As of May 14, K. brevis was detected in 61 samples over the previous week. Bloom concentrations (>100,000 cells/liter) were observed in one sample from Hillsborough County, two samples from Charlotte County, six samples from Lee County and one sample from Collier County. K. brevis was also observed at background concentrations in one sample from Northwest Florida. 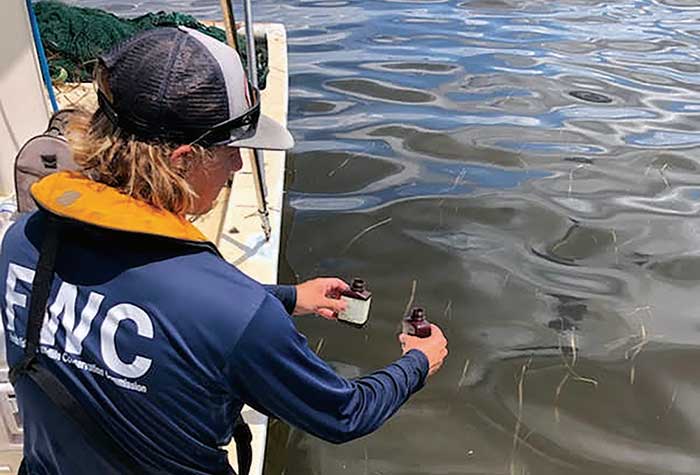 Thirty-five miles inland, in the center of the state, with a surface area of 730 square miles, Lake Okeechobee is the largest lake in the southeastern United States. Shallow, with average depths between 10 and 12 feet, the freshwater lake historically drained south during the wet season, sending water to the Everglades. The lake's freshwater filtered south, through southern Florida's River of Grass, into brackish estuaries, eventually draining out into Florida Bay, connecting the northern parts of the region with the southern bay.

The turn of the century brought the building of dikes surrounding the lake, and a system of canals. While this created ideal farmland south of the lake, along with drying the land for development, the dams and canals blocked the original flow of water south, and the expansion of agricultural and development greatly contributed to nutrient runoff into the lake.

Essentially, Lake Okeechobee was altered from a lake with a natural southern flow into a reservoir heavily polluted with nutrients, with water levels rising to the lake's maximum levels during heavy rains and nowhere for the water to go.

With south Florida's natural plumbing system diked and plugged, USACE controls mandated water releases from the lake's high waters, sending overflow water west into the Caloosahatchee River and east into the St. Lucie. These releases have contributed to explosive toxic algal blooms in the rivers, estuaries, and bays along Florida's Gulf and Atlantic coasts, as well as altering salinity levels of the brackish estuaries and saltwater bays, upsetting these fragile ecosystems.

At the close of 2020, USACE was completing work on the Lake Okeechobee System Operating Manual to account for additional infrastructure that will soon be operational, such as the Herbert Hoover Dike rehabilitation, Kissimmee River Restoration Project, the Comprehensive Everglades Restoration Plan (CERP) C-43 West Basin Storage Reservoir, and C-44 Reservoir and Stormwater Treatment Area.

Though water quality is not under USACE's jurisdiction, says Yocum, the organization seeks input from federal, state, tribal, and local agencies, as well as the public, which helped them propose some changes. For instance, they hope to schedule more lake water releases during the dry season when conditions are more favorable, and hold back lake release when the threat of HABs are most prevalent.

Meanwhile, work continues on CERP, a massive, multibillion-dollar plan authorized by Congress in 2000. Designed to "restore, preserve, and protect the south Florida ecosystem while providing for other water-related needs of the region, including water supply and flood protection," the $10.5-billion plan with a 35-year timeline is the largest hydrologic restoration project ever undertaken in the United States.

CERP is a federal and state partnership that brings in players from across the nation and the state, including the South Florida Natural Resources Center (SFNRC), and the National Park Service's Big Cypress National Preserve, Everglades, and Biscayne National Parks. The goal is simply to bring more clean water into the River of Grass.

Throughout Florida, resources are earmarked to test, measure, and monitor water levels and levels of toxicity in the state's saltwater, brackish water, and freshwater. The South Florida Water Management District issues daily reports on water levels in the lake and in other key South Florida water bodies.

The Biggest Thing Boaters Can Do?

Be vocal, Wittman says. "The quality of your experience on the water is in direct relationship to the quality of the water itself. Put pressure on elected officials to proactively stop the pollution from getting into the water. Get involved through local organizations. We have a Call to Action on our website for the Corps to lower the lake in the dry season. It's easy to do. It helps."

Many Floridians now feel the tide of public awareness has turned. They've learned that red tide and blue-green algae cannot be red or blue political issues or an East or West coast issue. Residents, boaters, businesses, and visitors from all walks of life on both coasts were devastated by the 2018 toxic events. The waterways, bays, estuaries, and the Everglades itself were the biggest losers. Accepting culpability, whether it be individual lawn treatments, agricultural runoff, commercial development, or federally mandated lake releases, remains unresolved. Small steps such as the timing of the lake releases could have a positive long-term effect.

"We're boaters. We like to fish, take the family out," says Potts. "We're thankful for the clean water this year, but we know the problems we've experienced. It's important to remember we've been lucky — businesses, economies, recreational boaters. But that's what I chalk it up to. Luck."

For Info On Florida Beach Conditions

Theresa Nicholson is an award-winning writer who sailed the world on her sailboat Tosca for more than a decade. She is currently based in Sarasota, Florida.