Do I Really Need To Winterize?

If you look at the most recent GEICO | BoatUS Marine Insurance ­winterizing claims analysis over the last 10 years, the answer is a resounding 'yes'. 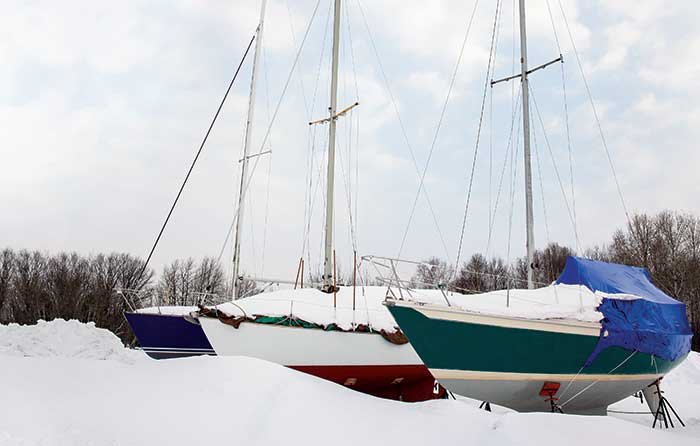 If you're like most people, you probably think the colder states would have the most claims, but the GEICO | BoatUS Marine Insurance claims files show that the Lone Star State of Texas leads the pack with more than seven times the freeze-damage claims as frigid Minnesota. Even balmy Florida has more claims than Minnesota. Why? Likely because boaters in the frozen North know they need to winterize, so their freeze claims almost always involve a problem with how the boat was winterized (something was missed) or the owner waited too long. In the temperate South, our files include many more claims where the boat wasn't winterized at all, or where the boater was depending on a heater to keep the engine from freezing and the electricity went out.

If you live in a temperate state and aren't sure if you should winterize, look at the list below showing which states have the most freeze damage insurance claims over the last 10 years. More than half of them would be considered warm-weather states, and only Hawaii routinely has no claims. The most freeze claims over the past decade were in 2018 because of a severe winter that included snow in Las Vegas, record cold for Los Angeles, and at one point, nearly half the U.S. experiencing temperatures below freezing. There is no way to accurately predict how cold winter will be in your state, so don't get caught off guard this year.

Before the mercury dips below freezing, you need to prepare your boat for the coming winter. At its most basic, winterizing means draining any water aboard or replacing it with enough of the right kind of antifreeze to protect against the lowest temperatures your boat might experience. Freshwater expands in volume by about 9% when it freezes and can push outward with a force of tens of thousands of pounds per square inch. That expansion can crack an engine block, damage fiberglass, split hoses, or destroy a refrigeration system overnight. Our analysis of 10 years of freeze claims found that more than three-quarters involved cracks in the engine block or the exhaust manifolds that occurred because water remained in the engine or cooling system during a hard freeze. Not surprisingly, those repairs are expensive and time-consuming.

Visit ­BoatUS.com/­Winterizing to download a copy of our boat winterization guide and checklists, and to read more helpful winterization articles.

Most of those who don't winterize, or don't winterize properly, only find out something is wrong in the spring when brown froth starts spewing through a crack in the side of the engine block, or what looks like chocolate milk appears on the dipstick. Repairing freeze damage takes time and all too often involves a complete engine replacement. By the time the boat is in working order, a good part of the boating season will have been lost. Winterizing most boats takes from an hour to a day. So unless your boating takes places in Hawaii, we recommend winterizing your boat if there will be any time that it could possibly freeze, to minimize the chances that a sudden freeze will put it out of commission next season.

Engines tend to take the brunt of the damage from freezing weather, so they should be your focus. Winterizing engines means draining the water from the engine or replacing it with antifreeze. Mistakes in this step lead to the vast majority of the freeze claims in the our insurance files. Exactly how this is done varies.

How To Winterize Your Boat's Freshwater System

In freshwater-cooled engines, there are actually two systems: a raw-water side that cools the coolant/water mixture (freshwater) in a closed-loop system, which cools the engine. Winterizing the freshwater side simply involves making sure its year-round permanent antifreeze is an adequate mixture to meet the manufacturer's recommendations for your locality — typically a 50/50 mix with water. The preferred technique for the raw water side of inboard engines is circulating special winterizing antifreeze throughout the cooling system. It is far less likely to result in freeze damage as long as the engine is run long enough to circulate the antifreeze to every part of the cooling system. 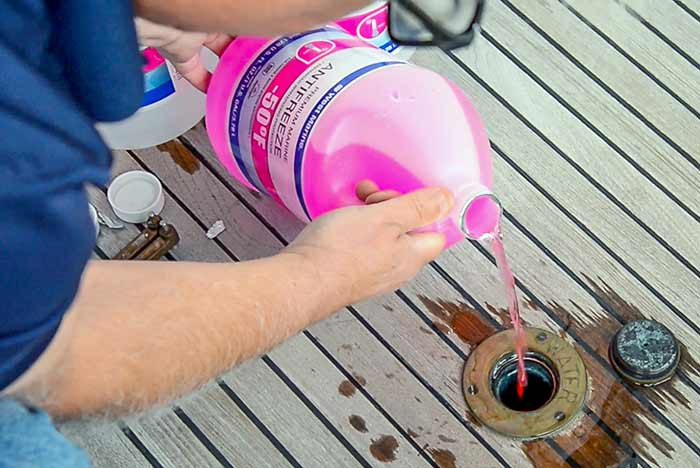 Antifreeze is antifreeze, right? Wrong. Not only are there different kinds, the temperature at which they freeze is different, too. And that's important because, if they do freeze, your boat is likely to be damaged.

Antifreeze for winterizing engines and freshwater systems is not the same as the coolant you put in your engine's heat exchanger (the boat equivalent of a radiator). Ethylene glycol, the chemical used in coolant, is highly toxic, so winterizing antifreeze must be nontoxic because it goes in drinking water systems and may eventually go overboard. The antifreeze you use in your engine and plumbing systems must also have the proper freeze protection to keep your systems safe at the lowest possible temperatures your boat may face.

For drinking water and raw water systems, choose antifreeze that contains propylene glycol, which is safe and doesn't have a taste, and one that has rust inhibitors for engine protection. Most importantly, check the freeze rating, but be aware that the numbers used don't correspond to what you may think. A typical antifreeze labeled for -50 F will only protect PVC water pipes from bursting down to about -10 F and will actually begin freezing at about 15 F. At -50 F, it's a solid chunk of ice, capable of cracking an engine block. Play it safe and use an antifreeze that is rated well below any temperature you're likely to experience.

Most winterizing antifreeze must be used full strength — don't dilute. When pumping antifreeze into your engine or freshwater systems, don't shut down as soon as you see the antifreeze come out of the faucet or engine exhaust. The antifreeze first mixes with the water already in the system and has to displace all of it before the antifreeze can protect fully. It's better to invest in a couple of extra gallons than end up with a cracked block at the beginning of next season.

There are different types of sterndrives, so check your manual for winterizing specifics. Some inboard/outboard (I/O) engines take in cooling water from a thru-hull in the engine compartment, and some take it in through the outdrive. With I/Os that use a thru-hull, the outdrive will be protected once the engine has had antifreeze run through it because the antifreeze also runs through the outdrive. Other models may require the use of "muffs" to first flush and then run antifreeze through the drive. Afterward, all outdrives should be stored in the down position to prevent water from entering the exhaust hub of the propeller. In cold weather, any accumulated water in the outdrive can freeze, and ice may expand and crack the housing.

Electric Heaters Are No Substitute For Winterizing!

Numerous freeze claims over the years have proven the point again and again: If you're tempted to leave your boat with a heater running this winter rather than winterizing, consider these examples: 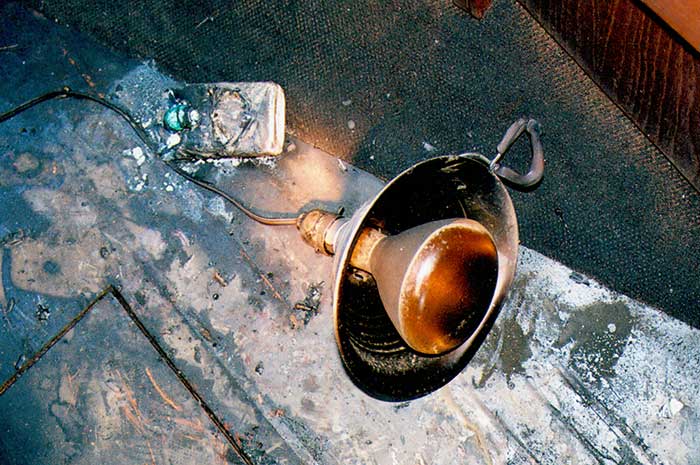 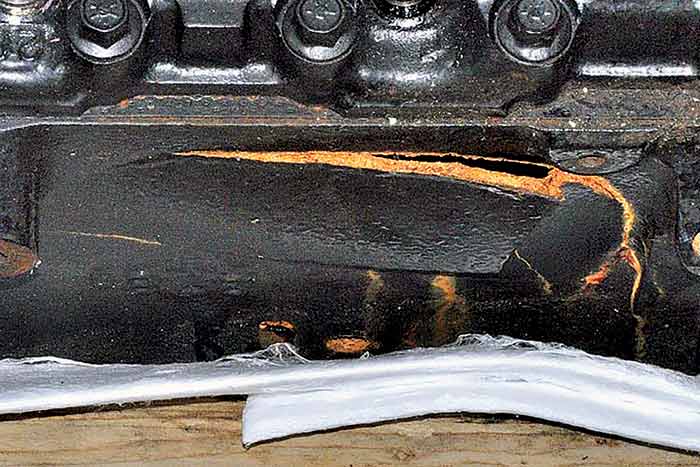 The owner of a 24-foot Bayliner in Portland, Oregon, never got around to winterizing his twin gas engines and instead put a heater in the engine compartment. Like a lot of other people, the owner probably didn't think about the fact that power outages most often occur right when you need electricity most — when the worst winter weather hits. An ice storm came through just before Christmas, downing power lines and cutting off power to the heater long enough to freeze the water in the blocks.

A 27-foot Rinker was "winterized" by placing a space heater in the engine room. The boat, which was afloat in her slip in Alabama, caught fire when the extension cord used to power the heater shorted where it had old damage. The boat was destroyed, and it damaged another boat as well as the dock.

Consult your engine's owners manual or service manual before beginning. Today's engines (especially four-stroke and direct-injected two-stroke outboards) may have special winterizing, flushing, and maintenance instructions; follow them closely. The engine should be flushed according to manufacturer's instructions. Sometimes, this doesn't involve running the engine; newer engines have a garden hose fitting allowing for a quick flush without starting the engine.

While most of the GEICO | BoatUS Marine Insurance freeze claims involve the engine or exhaust manifolds, that's not the only place where freezing water can cause serious damage. Plastic plumbing fittings, pumps, and marine heads can all be cracked by ice. Pipes, valves, and pumps in potable water systems can freeze and split open.

As with engines, winterizing the plumbing systems aboard consists of replacing the water with antifreeze. Simply draining the freshwater system isn't enough, as water will almost certainly have pooled somewhere and will freeze over winter. Running antifreeze through the system will ensure that there is no water in the system to freeze. Keep in mind that engine coolant (ethylene glycol) should never be used in a freshwater system as it is very toxic and cannot be reliably purged from the system in the spring.

Once you've taken care of winterizing, visit your boat every few weeks to make sure lines are secure, drains haven't become clogged, bilges are dry, and so on. Checking the boat is especially important after heavy storms or extended cold spells. If you have friends at the marina, arrange to check each other's boats whenever possible.

One more thing our claims files show: Owners who visit their boats over the winter are far less likely to experience problems come spring, which means you'll likely be on the water sooner.

BoatUS receives complaints every year from boat owners who thought the marina would winterize their boat but the marina didn't do it or didn't know it was supposed to.

Disputes arise when the marina and the boat owner don't have a well-defined contract that spells out exactly what's to be done. The term "winterizing" doesn't have a universal meaning, and your definition of winterizing and theirs may be completely different. Telling someone to winterize the engines and freshwater system doesn't mean they'll also close the seacocks and winterize the head.

If you're hiring someone to winterize your boat, insist on a written contract that clearly lists every job necessary to protect your boat and has a firm time frame, beginning well before the first typical hard freeze. Include language that specifies not to dewinterize until you authorize it in case something comes up and you won't be using the boat through the next winter.

Pay with a credit card if possible. If the boat didn't get winterized properly per the contract and you have damage, you can dispute the charges with your credit card company, which gives you more leverage. Also, don't assume that the marina will routinely inspect your docklines and bilge unless you specifically pay for the service.

Bottom line: Whatever you expect to be done, spell it out in writing.

how to diy winterization safety and prevention insurance