This 92-year-old continues to race aboard an 88-year-old classic yawl — and keeps winning! 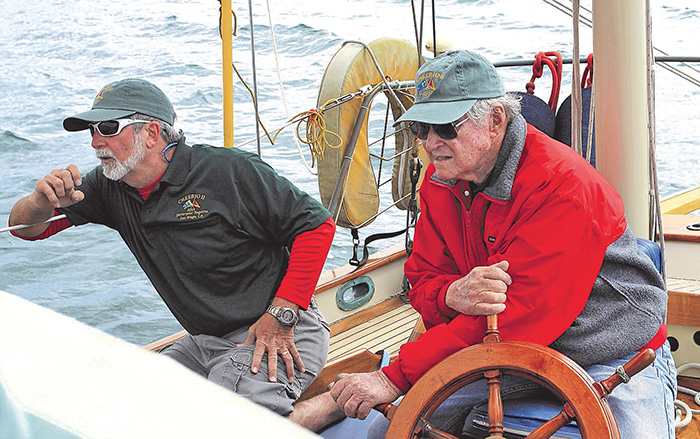 If you ask Dick McNish when he started sailing, he's likely to stop and think a bit and then chuckle, "It was so long ago, I don't know exactly." But then he'll tell you about how he began with a 30-foot Dragon, an elegant boat with lovely lines that was part of the Olympics until 1972. "That would have been sometime in the early '60s." That's right, McNish bought his first boat two decades before there was even such a thing as millennials.

McNish, 92 now, was born and raised in southern California and made his living as a housing developer. Over the years he owned several boats before settling on Cheerio II, a 47-foot 1931 wood yawl built by Fellows & Stewart in San Pedro, California, that he bought in 1980. He rebuilt her in 1994–95 and races her in several Southern California races, including 20 appearances in the 125-mile Newport to Ensenada Race, in which he has won best in class four times.

"We had a good time, but didn't always do too well in that race for a while because I had a bunch of old guys as crew," he laughs. "I finally got some young guys who like to race," he says. McNish still skippers the boat in the overnight race. "They tell me what to do. We have an excellent crew!"

Like McNish, Cheerio II has some history. Before she started winning races, she was the play toy of Errol Flynn, the swashbuckling actor from the Golden Age of Hollywood. Back in the day, McNish says, folks would see Flynn and his friend, actor David Niven, sailing the wooden yawl to Catalina Island. In 2011, during a race, her mast broke and she didn't finish. But after a new 32-sided laminated mast was built, she won her next race called Frenchy's Rum Run, where the winner's prize is a bottle of rum. Cheerio II has also extensively cruised the Pacific Northwest's Desolation Sound and the San Juan and Gulf Islands.

In the mid-1970s McNish was the final finisher in local race, beaten by more modern boats. A friend and commodore at the Pacific Corinthian Yacht Club suggested he start his own race for wood sailboats built before 1952, and the McNish Classic was born 42 years ago. As many as 40 classic yachts compete, and McNish says it's often a more leisurely race. While the boats may be older, there's always competition. 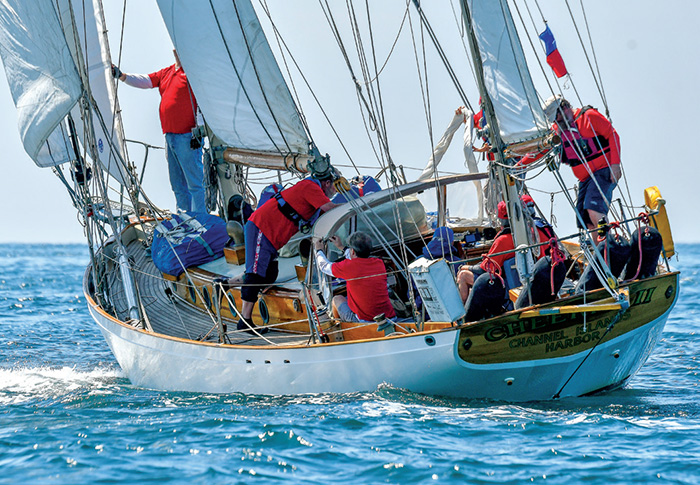 Miramar, a classic 78-foot ketch, sometimes races in the McNish Classic with her plucky crew. During a different race, she broke her main mast, remembers McNish. The crew was able to jury-rig a temporary mast, but the boat could only be sailed backward, which, to everyone’s amazement, is how she won the race. "They had to change the rules after that to state that the pointy end had to go across the finish line first!"

The boat could only be sailed backward...which is how she won the race.

The McNish Classic often features some of the most beautiful boats on the West Coast, such as the near-perfect replica of the 135-foot America (for which the America's Cup is named), and some of the best sailors compete in the course over the waters off Channel Islands and Ventura Harbors. Four-time America's Cup racing legend Dennis Conner participated in five McNish Classic races. "He always won," says McNish. Two years ago McNish finally won the eponymous race. "I still get excited whenever that race gets near," he says.