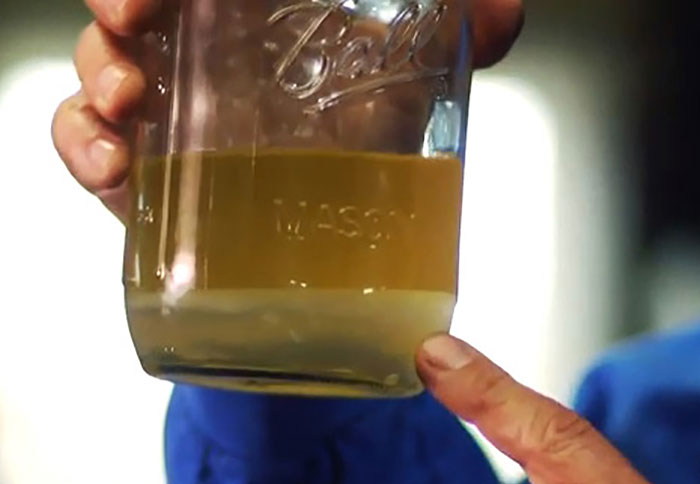 For better or for worse, a shotgun wedding took place this past spring between boat owners and ethanol-enhanced gasoline. Everyone wore black. Now, almost four months into the honeymoon, it seems that at least some of the warnings of matrimonial acrimony may have been premature.

The key word is some. The fiasco with deteriorating fiberglass tanks has certainly been painful for owners of many Bertrams, Hatterases, and other, typically high-end, boats. As of this past September, BoatUS Technical Services has documented over 70 reports of failures, including leaking tanks and wrecked engines, from both coasts and Hawaii. In all cases, tanks had to be replaced.

John McKnight at the National Marine Manufacturers Association (NMMA) speculates the answer has to do with preparation: Boat owners in 2006 were better prepared for the arrival of ethanol than boat owners on Long Island Sound were in the spring of 2004. That's not to say that boat owners in other parts of the country haven't had plenty of problems this year, but there is now a widespread consensus on how best to cope.

Another, perhaps larger, test will come this winter when boat owners prepare their boats for seasonal lay-up. One of the unfortunate properties of ethanol is its ability to attract and absorb water. Ethanol-enhanced gasoline can absorb roughly 10 times as much water as MTBE and still burn safely through the engine. But if ethanol becomes saturated, which can happen when it sits for long periods, the ethanol separates from the gasoline, forming two separate solutions. This is called phase separation and it's bad news for the engine. An engine won't run on the (water-soaked) ethanol solution, which sinks to the bottom of the tank and is highly corrosive.

There is no quick fix. When MTBE becomes saturated with water, it remains chemically bonded to the gasoline — MTBE doesn't phase separate — and a water separator can eliminate the excess moisture. With ethanol-enhanced gasoline, however, once phase separation occurs, additives and water separators can't help; the only remedy is to have gasoline/ethanol/water pumped from the tank.

While all of this may sound discouraging to anyone planning to lay up their boat with ethanol in the tanks over the winter, the good news is that E-10 has been a fact of life in certain areas of the Midwest for several years and there have been relatively few problems. We talked to several marina operators, surveyors and boat owners in the Chicago area who had the same reaction to ethanol: "It's no big deal."

No big deal? How can E-10, which attracts moisture and can fall apart, be expected to survive the winter? With any fuel that will be sitting for a long time, it is important to add stabilizer — an antioxidant — to extend the life of the fuel. (E-10 and gasoline with MTBE have the same shelf-life — roughly a year.) What a stabilizer won't do, however, is prevent phase separation. Just how you do that is subject to some debate. Several sources, including one prominent engine manufacturer, recommend running the tank down to almost empty and then adding stabilizer. The following spring, the tank can be refilled with fresh gasoline. Lew Gibbs, a senior engineering consultant at Chevron, worries that leaving a few gallons of gasoline might attract enough condensation to cause phase separation. If that were to happen, the highly corrosive ethanol/water mixture would settle to the bottom of the tank and would remain there even after the fresh fuel was added in the spring.

Gibbs said his first choice would be to completely empty the tank when the boat is laid up and then refill it the following spring with fresh gasoline. No ethanol = no ethanol-related problems. Unfortunately, completely emptying a built-in tank safely is nearly impossible. His next choice, one that's more practical, is to top off the tank to 95% full (to allow for expansion). A tank that's almost full reduces the flow of air into and out of the vent, which reduces condensation on tank walls. Any condensation that does form will be absorbed by the gasoline. (Note that the National Fire Protection Association [NFPA] also requires tanks to be topped off to minimize explosive vapors.)

Gibbs said the worst choice, which was confirmed by marina owners in the Midwest, is to leave the tank half-full over the winter. Jerry Metzger, the general manager of Chicago Harbor's nine marinas, said phase separation problems typically occurred when boats had been stored over the winter with tanks that were a quarter to half full. The tanks breathe more and attract larger amounts of moisture. Metzger says boaters in the area have learned to fill the tanks before the boat is laid up for the winter.

Note, however, that phase separation can occur anytime E-10 sits for a long time. On Long Island Sound, which has been using ethanol-enhanced gasoline for the past couple of seasons, Mitch Kramer at TowBoatUS Oyster Bay said they haven't had any problems with their own boats, which are used every day. Kramer says the problems now on Long Island Sound seem to be with boats that are used infrequently. Perhaps because of high fuel prices, some owners don't use their boats as often and are also less likely to top off their tanks. Half-empty tanks that sit for long periods are more likely to attract moisture, which causes phase separation. The key: Use your boat!

One final note: DON'T try to plug up the vent to prevent moist air from entering the tank. Without room to expand, the additional pressure could rupture fuel system components.

Making the Transition to Ethanol

In the summer of 2003, marina owners in New York and Connecticut were warned by distributors to prepare for the arrival of ethanol-enhanced gasoline: " It has been determined that ethanol fuels may cause sediments present in underground storage tanks to mix with the fuel and, as a result, plug filters, and potentially plug customer vehicle fuel filters. Additionally, the presence of tank water bottoms during normal operation may reduce the oxygenate content and octane rating below product specifications. Therefore, it is absolutely imperative [distributor's emphasis ] that each tank be properly cleaned prior to the delivery of ethanol-enhanced gasoline. ..."

Unfortunately, the same warnings that were extended to marina and gas station owners were not extended to boat owners, and it took everyone a while to make the connection between clogged filters and the arrival of ethanol-enhanced gasoline. Ethanol doesn't mix well with the old MTBE blends, and it is also a solvent that cleans off the gunk that forms over time in gasoline tanks.

At first, only a few of the Long Island boats seemed to be affected, but as the season progressed, more and more boat owners began reporting problems with clogged filters. After receiving numerous complaints, one general manager at a marina in Connecticut said she thought the marina must be pumping bad fuel and had it tested. The gas in the marina's tanks was fine. It wasn't until well into the 2004 boating season that anyone realized the same properties of ethanol that affect gasoline in a massive underground storage tank might also affect small boat tanks.

By the time E-10 began to be distributed throughout much of the rest of the country this past April, the shroud of mystery had been lifted. In the past two years, just about every major boating publication had published stories letting readers know that ethanol was coming and giving advice on how to cope with E-10. Marina managers are also now aware that the same precautions they took with their own storage tanks should also be taken by boat owners with boat tanks. Marinas like Hartges Yacht Yard in Galesville, Maryland have posted warnings at fuel docks advising boat owners to run their tanks down to almost empty before refilling with ethanol, as well as advising them to carry extra filters. At Burr Brothers in Marion, Massachusetts, customers are offered a "kit" that includes spare 10-micron filters and a bucket to safely contain the old filters. In another case, a gasoline distributor, Volta Oil in Plymouth, Massachusetts, has gone directly to boat owners with a brochure advising how to deal with clogged filters and avoid phase separation.

The result is that, unlike in Long Island Sound, more boat owners around the country have been warned about the change to ethanol and have a better idea how to cope with problems. Chris Adams at TowBoatUS Falmouth in Massachusetts said his own boats had all the same symptoms that were experienced on Long Island Sound — clogged filters and sputtering engines — that resulted from ethanol cleaning gunk off the inside of tanks. At one point, the problems were so bad he debated installing new tanks. Over the course of the summer, the problems gradually began to subside as the clogging residue inside the tanks lessened. The longer the stuff has been around, the more likely that the worst is over.

how to diy winterization