It's great to see how boaters want to be helpful to others, and good for us all to learn from your experiences. In this article, I'm sharing some of the best advice I've received lately. 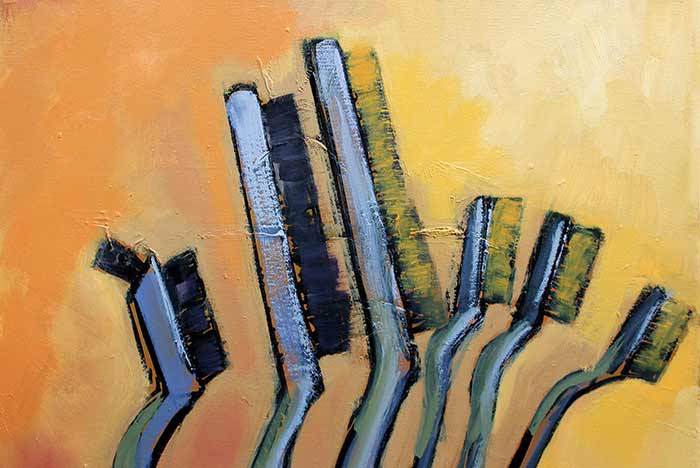 I've been reading your columns for years and find them informative and entertaining. Fellow member George Dellas wrote you about his tachometers problem (see original question below). Here's how I solved my issue. I have a twin-diesel cruiser with upper and lower stations, and the tachs for the starboard engine would read correctly, then start jumping around. I had the alternator rebuilt and a new pickup installed with no difference.

I ran a wire directly from the tach output to the alternators with no difference. An alternator distributor/manufacturer advised me to replace my old voltage regulator with a programmable one. Problem solved! A less expensive option would've been to always have a load on the alternator, though I didn't want to do that.

I have a 2000 boat with twin 454 gas engines. I bought the boat new and it's in top condition. Recently I've had a problem with the tachometers. On several occasions, they individually and randomly give false readings, and I have to use the sync gauge to keep the two engines running smoothly as a team. Can I fix these swinging needles or replace the tachs?

I had similar tach problem as George Dellas on my 2003 Shamrock. The tach had a switch in the back for setting its use in a 4-, 6- or 8-cylinder engine. By changing the switch several times from 4 to 6 and back to 8 it cleared the problem.

To your Q&A about false tach readings, I've experienced similar false readings on my tach and cured the issue by switching the rotary switch on the reverse side of my tach that selects the number of engine cylinders. This action apparently "cleaned the contacts" and resulted in correcting the readings. I've had to do this a couple of times over the 23 years I've owned the boat.

In the Aug./Sept. issue you answered a question about frozen bolts. Here's another solution for exhaust-manifold bolt heads so rusted they can't be used again. Drilling them out is slow and painful. I prefer using a reinforced Dremel cut-off wheel to cut off the bolt head, then the manifold can be slid off, perhaps with help from a lever and possibly a hammer. There's no worry about damaging the old manifold if it's trash. Then the remaining bolt shaft can usually be easily gripped with vice grips and turned out. This is where care must be taken to properly apply penetrating fluid where the bolt enters the block if the bolt is stuck. If the penetrating fluid doesn't do the job, heating the bolt with a torch will usually break the corrosion bond.

I find that installing the new manifold using studs is preferable to using bolts. It's considerably easier to slide the heavy manifold over the studs than trying to hold up the manifold while trying to get a bolt aligned with the hole in the block.

TOM NEALE: Thanks, Jeff. I've had little luck using vice grips for this, but then I've also had very little luck with muscle building. We don't like to recommend using a torch inside the boat; so many things could go wrong. But application of heat and cold does usually help immensely if you do it safely. I've also tried buying new bolts (studs) that I thread into the block, installing the manifold, then holding it on with suitable nuts — a good solution, though I believe you must regularly check these nuts on the bolts for tightness as there aren't as many threads in the nuts. Considering so few manufacturers do this, there may be other reasons for not doing it; but I've found it helpful, as have you.

I'm a master automotive mechanic and reasonably experienced marine mechanic. You answered the question about extracting frozen bolts well and thoroughly. I'd like to add a few tips of my own. I recently went through almost this exact same process, needing to extract four snapped and rusted exhaust-manifold studs from a large V8 engine with very little maneuvering room. These were 8mm diameter studs, so prone to snapping. I extracted one stud within five minutes using a stud-extractor tool (looks like an electric drill chuck that accepts a 3/8-inch drive ratchet). The other three took more than 15 hours to remove. The following advice is mainly directed toward frozen fasteners where the head (be it a hex bolt or Phillips screw) has already snapped or rusted off. 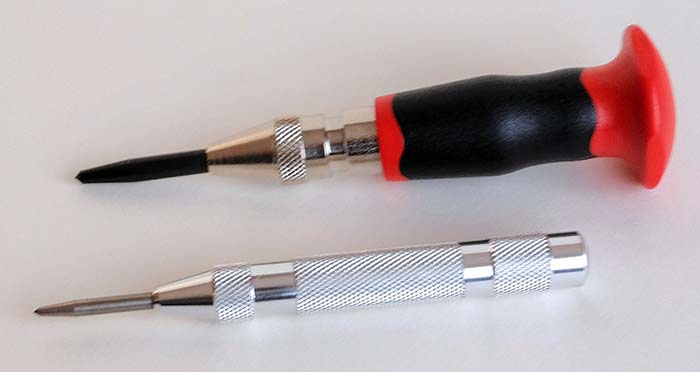 A center punch (two types shown) is useful for creating a dimple in the head of a frozen bolt in order to drill it out.

If there isn't enough room to swing a hammer to make a dimple with a center punch, use an automatic spring-loaded center punch. They don't have a lot of force, so you'll probably have to activate it several times to get a good-enough-sized dimple.

I highly recommend left-handed drill bits for drilling out bolts. They're not easy to find at stores and tend to come in limited sizes, but they're worth their weight in gold. The bit spins counter-clockwise as it removes metal. Often, when you get deep enough, it will grab the fastener and unthread it.

As to bit quality, I prefer cobalt (the material, not the brand name). It's harder and more resilient than titanium-nitride bits, which are made from milder steel in the core of the bit, then "coated" with a thin layer of the titanium-nitride on the surface. If worked hard, that "coating" wears off, and the softer core doesn't cut metal well.

I recommend "cutting oil" for drilling. It's designed to cling to the metal and stay on it longer. Its purpose is not really to lubricate, but to keep the bit and metal cool and prevent overheating.

When drilling stainless steel, use as slow a drill speed as possible and take breaks often. If you're trying to drill out a stainless-steel bolt and press too hard for too long with too high a drill speed, the steel of the bolt can go through a structural change called "work hardening." This happens when the steel gets too hot, and it actually gets harder than the drill bit, leading to almost no metal being removed, frustration, and leaning even harder into the drill, which worsens the problem.

Teach yourself how to sharpen your own drill bits, and save lots of money in bits. All you need is either a bench or hand grinder and safety glasses. There are plenty of YouTube videos explaining how quickly and easily it's done.

TN: Thanks, Eric. I love the spring-loaded center-punch tool, too, and use it frequently, but haven't had great success in using it for this purpose. However, others with more skill and a steadier hand might fare better. Regarding cutting oil, it's amazing to me that so few stores even know what this product is. Members, if you find any, buy plenty, and save some for me!

how to diy install and repair

One of the top technical experts in the marine industry, Tom Neale, BoatUS Magazine Technical Editor, has won nine first-place awards from Boating Writers International, and is author of the magazine’s popular "Ask The Experts" column. His depth of technical knowledge comes from living aboard various boats with his family for more than 30 years, cruising far and wide, and essentially learning how to install, fix, and rebuild every system onboard himself. A lawyer by training, for most of his career Tom has been an editor and columnist at national magazines such as Cruising World, PassageMaker, and Soundings. He wrote the acclaimed memoir All In The Same Boat (McGraw Hill), as well as Chesapeake Bay Cruising Guide, Vol. 1. These days, Tom and his wife Mel enjoy cruising their 2006 Camano 41 Chez Nous with their grandchildren.