Mistakes Boat Owners Make That Can Cost Them

We've seen it all, and we've seen the same mistakes again and again. Don't let these happen to you. 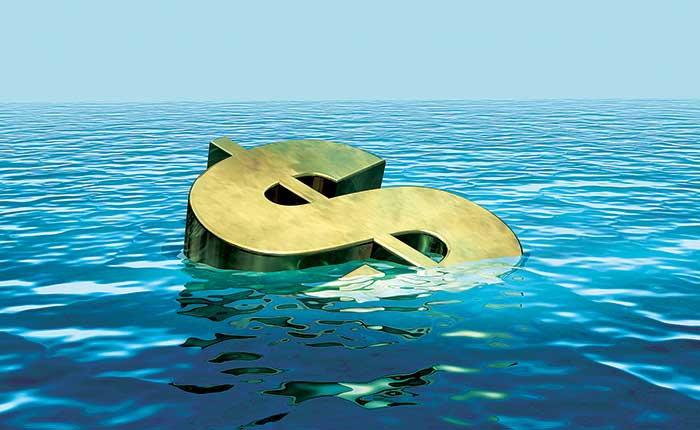 BoatUS Consumer Protection gets hundreds of calls every year, and we work diligently to help our members resolve disputes. Over time though, we've found that many of the problems could have been avoided with a little foresight.

Not Using A Purchase Contract

A member wanted to buy an old 22-foot sailboat from a private seller for what she thought was a great price. When she looked at the boat, the usual equipment was onboard, such as a battery, anchor, and radio. She gave the seller a deposit and told him she'd be back with the rest of the money the next day. She returned and paid for the boat, but after she got it home and eagerly took the boat out for a quick sail to see how it performed, she noticed that the battery and some other equipment had been removed. The value of missing equipment was nearly half the value of the boat. With no purchase contract spelling out what was to be included in the sale, the member had no recourse.

Lesson: The details of any boat purchase should be included in a simple purchase contract, which will list the price, included equipment, and other details — and should be signed and dated by both parties.

Not Sea-Trialing The Boat After Repairs Are Made

A member purchased a used powerboat with a large outboard that had a cracked head. Because he wrote into the contract that the engine had to be working before he would buy the boat, the dealer had the engine fixed and claimed they performed a compression test to verify everything was fine. After paying for the boat, the first time the new owner took the boat out, the rod blew a hole in the side of the engine. The dealer he bought it from first said he'd replace it with a used engine, but eventually said that the contract stated that boat was purchased in "as-is" condition and was working on the day of the sale.

Lesson: When contingencies are written into a contract, spell out the details and don't formally accept the boat until you've verified that all repairs have been made properly. Because of the high value of the engine, it would have made sense to have an independent technician check it out and even come along for a sea trial.

Not Allowing A Shop To Attempt To Honor Their Warranty

A member took his family out for a Memorial Day weekend trip when the inboard engine in his boat quit. In hopes of getting the boat fixed quickly to get back out on the water as soon as possible, he scanned Craigslist to find a repair shop. The shop he chose found water in the engine, estimated the repair at $1,500, and said it would have to send the head out for reconditioning.

When the member got the boat back and the engine was still not working, he lost confidence in the shop handling the repair and immediately took the boat to another shop, which fixed it. The member contacted the original shop to ask for his money back or have them reimburse him for the additional work. It refused, saying they were given no opportunity to correct the problem.

Lesson: Pick a shop carefully. Warranty law allows a shop to be given the opportunity to correct a problem. If you take your boat to another shop for further work, the first shop will have no obligation to refund your money or pay for extra work.

Not Verifying The Paperwork Was Sent

A member purchased a 2014 ski boat with just a few hours on it. One of the biggest selling features was a 5-year warranty that the seller said transferred with the boat. At 150 hours, without any warning, the engine had a catastrophic failure. Smoke emanated from the rear lockers, the engine temperature shot up, water was leaking from the impeller, the exhaust pipe melted, and the boat began to take on water. A shop said that the raw-water pump had failed and that the engine would have to be replaced at a cost of $10,000. Unfortunately, the seller neglected to transfer the warranty to the member, and he was not covered.

Lesson: While some warranties are transferrable, many have specific conditions that must be met and specific procedures that must be followed, including paying a fee, paperwork that must be signed and delivered, and sometimes even a maintenance check by a qualified shop. Even then, it pays to verify with the company — in writing — that the warranty actually transferred in your name.

Not Letting The Shop Be Involved In The Diagnosis

The small diesel engine in a member's sailboat was having starting issues. He brought it to a shop, and they told him they found water in the cylinders. The shop said they could fix it, but the member decided to buy a new engine himself and have the shop install it. He bought the engine and had it delivered to the shop. The new engine didn't come with such things as a starter, alternator, and intake and exhaust manifolds, so the shop reused the old ones.

After installing the engine, the next spring after only one use, the engine wouldn't start. The shop found water in the cylinders again and claimed their warranty only covered the installation of the new engine. There was no warranty on the old manifolds that leaked into the engine.

Lesson: For major work especially, let the shop recommend the repair. If your engine is running rough and you instruct a shop to, say, replace the carburetor, and that doesn't fix the problem, they will only warranty the work they did on replacing the carb. On the other hand, if you tell the shop the engine is running rough and want them to troubleshoot it and fix it, their warranty will cover a rough-running engine and not simply the parts that you directed them to install.

Another member contacted us to see if he had any recourse in a situation he found himself in. Back in fall 2013, he ordered a large boat with twin engines. He was good friends with a relative of the company owner, so he assumed it would be OK to order the building of the boat without a contract. He put $50,000 down on the $150,000 boat and looked forward to delivery in about six months.

During the next few months, the builder asked for more money as the boat was being built. Fast forward four years, and the member paid a total of $100,000 toward the boat, but it was never delivered. The only good news is that he had not yet signed a loan for the remaining money.

Lesson: It may be worthwhile to use contacts to get a good deal on a boat or equipment, but treat the sale just like you would with a stranger. If something goes wrong, or your contact leaves the company, or communications are not clear, not only could you end up with an unacceptable product (or nothing at all), it might also be the end of your friendship. "Handshake" agreements are difficult, if not impossible, to enforce.