How To Splice Double Braid Line

Mooring warps, halyards, sheets, and plenty of other lines aboard all use double braid. Avoid weak knots by learning how to add an eye splice yourself.

Knots in lines are fine for occasional use, but a splice is better for more permanent use. A splice looks more seaman-like and doesn't affect the strength of the line nearly as much as a knot. Many lines these days are what are known as double braid — essentially an inner core with a cover on the outside. The core and cover share the load equally. Here's how to put an eye splice in double-braid line.

Degree Of Difficulty: Moderate to high

Time: About 30 mins, but you will get faster with practice.

Cost: Nothing, if you already have the tools and ­materials. A set of five good quality fids is around $50. 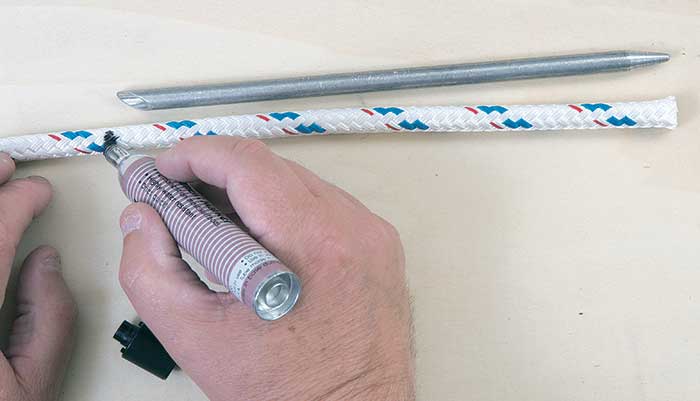 1. Tie a slipknot about 15 feet from the end of the line, and loop it over a winch or cleat to hold it. Make a mark on the line one fid-length from the end. 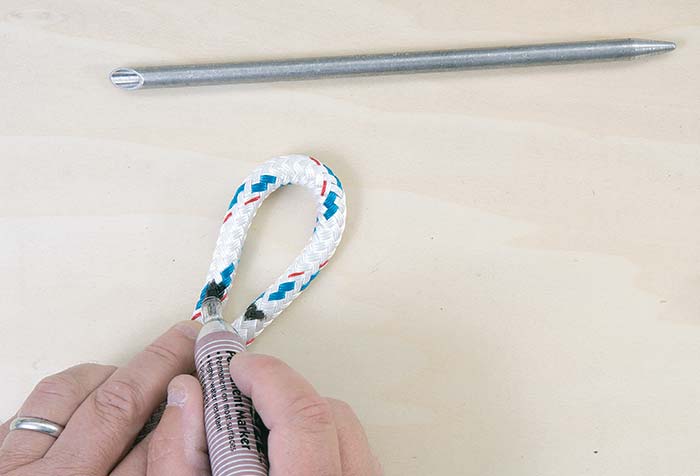 2. Form a loop or eye to the desired size then place a second mark opposite the first. 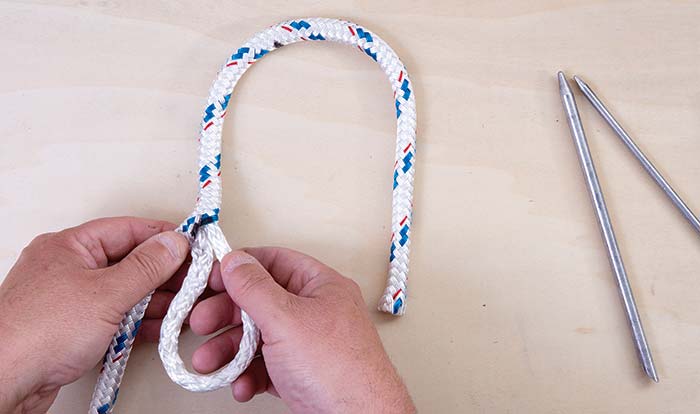 3. Using a small fid, separate the strands of the cover at the second mark and pull out the core. (If the end of the line was melted when it was originally cut to length, trim this off with a sharp knife so the core moves freely.) Lay the cord and the cover alongside each other. 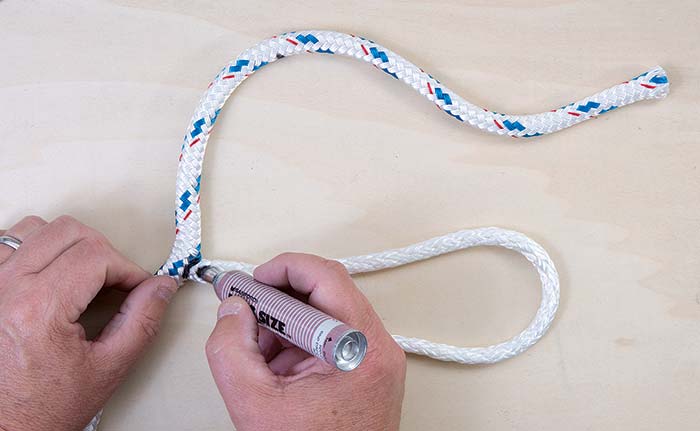 4. Mark the core where it comes out of the cover (your third mark), then pull out a couple feet more and place a fourth mark on the core two-thirds of a fid length from the one you just made. That's where you will be inserting the cover into the core. 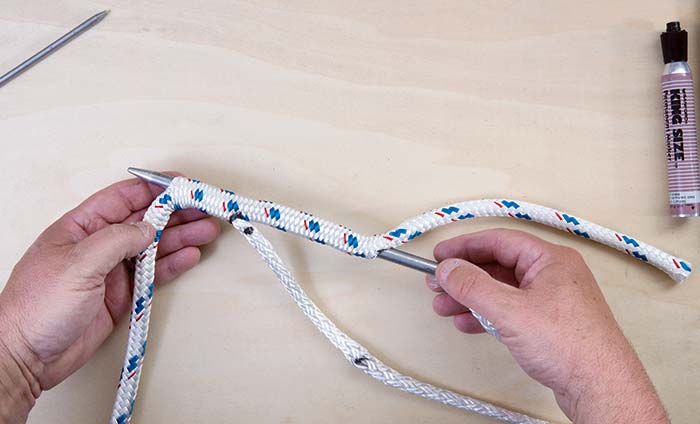 5. Wedge the end of the core into the hollow end of a fid that matches the diameter of the core, then push the fid into the cover at the first mark. Work the fid down so that it exits the cover 1 to 2 inches past where the core exits. 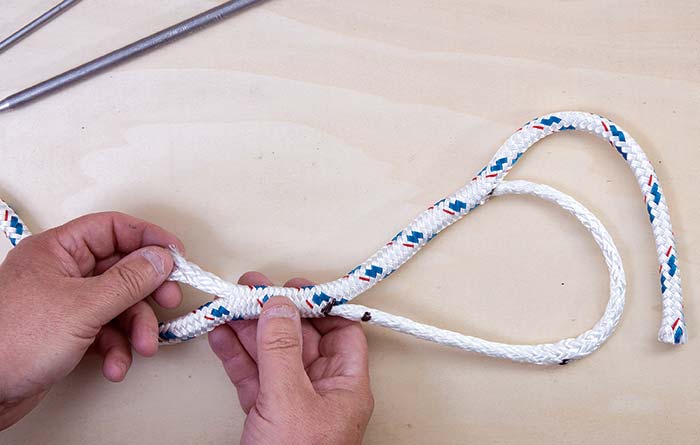 6. Pull about 6 inches of the core out of the hole. This begins to form your loop. Make sure that both sections of core are not snagged on one another and freely move within the core. 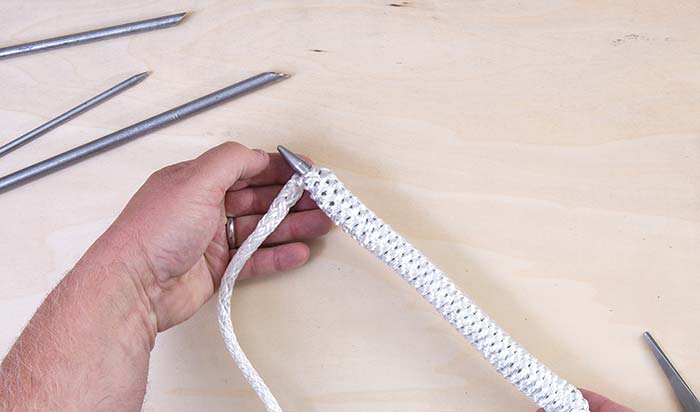 7. Now, wedge the end of the cover into the fid, then feed it into the core at the second mark. Work it down one complete fid length before pulling it out of the core. 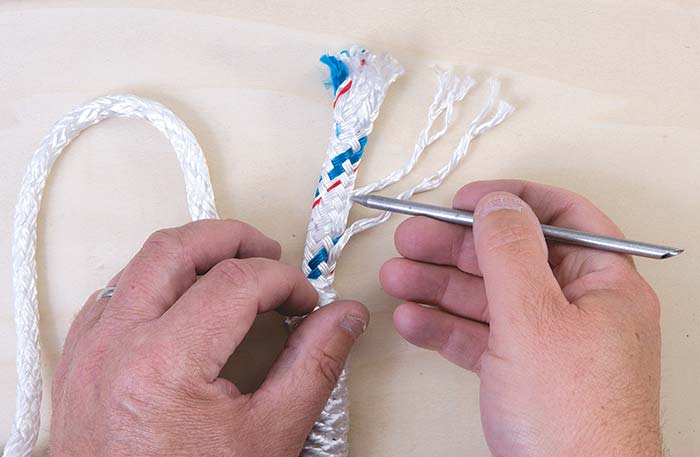 8. Starting about 4 inches from the end, use a small fid to pull out about 8–10 random strands from the cover before trimming them off with scissors. This creates a neat splice with a taper. 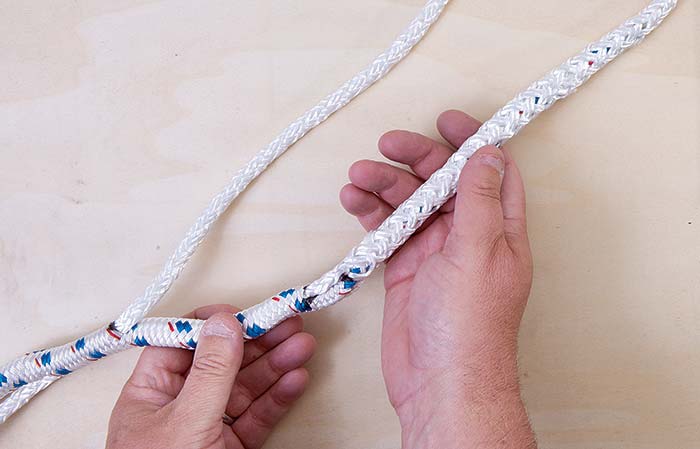 9. Pull on the end of the exposed core as you massage the junction of the core to cover the joint. 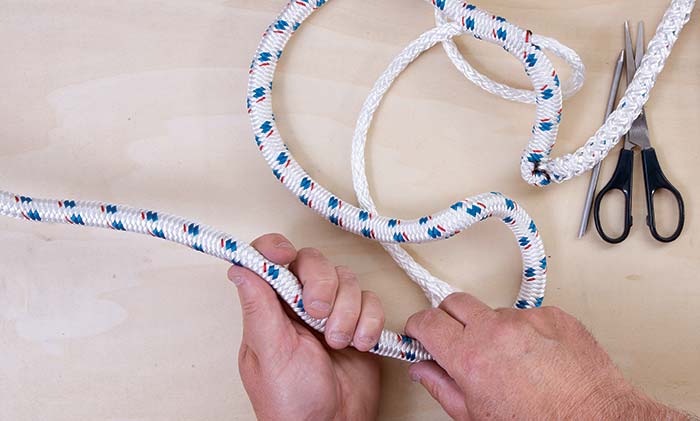 10. To finish off the splice, work the cover back up the line until the exposed core with the cover inside pops back into the line. Pull a little on the core still hanging outside the line, trim with scissors, then tug on the eye to set the end back inside the core.