The story of one lucky boy's first turn at the 'helm'. 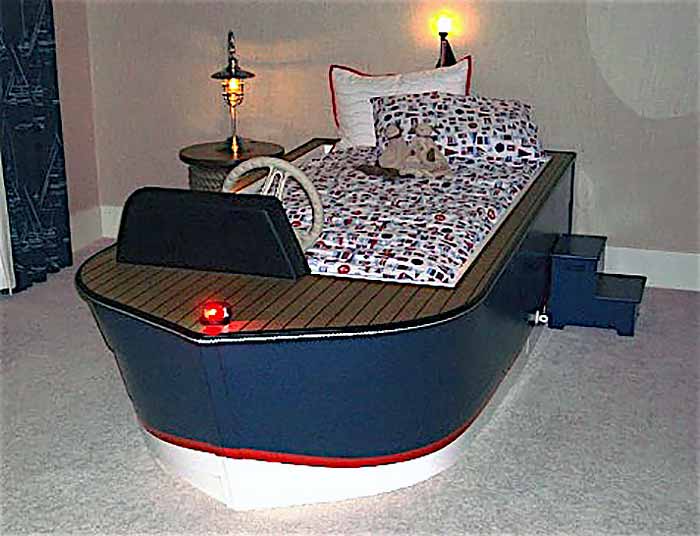 Robustly built from two-by-four lumber and plywood, the final design was predicated on ensuring that the mattress would fit. A series of sketches followed with Beatty further refining the design until he was happy with the overall concept. Working in his spare time, Beatty spent six months on construction. Not content with just making the bed look like a boat, Beatty added throttle controls and a proper dashboard replete with gauges, ignition switch, horn, and steering wheel. The finishing touches came in the guise of working navigation lights, faux teak decking, painted waterline boot top, and rope rubrail.

When finished, Beatty's wife thought the "boat" looked so good that she organized a launch party, inviting friends, neighbors, and even the pastor from their church to offer a blessing.

The name painted proudly on the stern — Alex's Dream Boat!

how to diy make and create