Three Alarms That Can Save Your Boat

There's no cause for alarm, but installing these three types of detectors could save not only your boat, but your life. 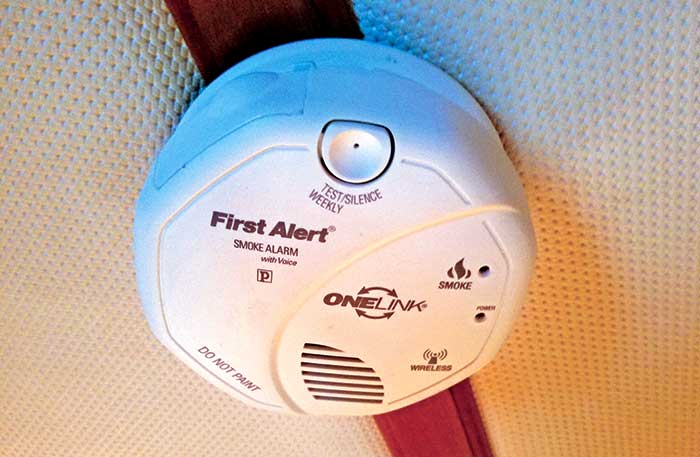 Smoke alarms should be installed high in the space they protect because smoke rises. Replace batteries every spring.

Fires that start on unoccupied boats in marinas represent significant losses every year, according to BoatUS Marine Insurance, and my own experience as a surveyor. Propulsion fires while underway also represent a great number of open-water boat fires — and significant personal risk. The installation of early-warning detection provides an opportunity to handle a fire in the early stages when things are still manageable.

Boating industry regulators have been reluctant to require smoke alarms in pleasure boats, and there are currently no smoke alarms tested to the marine environment by an independent testing organization such as Underwriters Laboratories — and that's the regulatory rub. 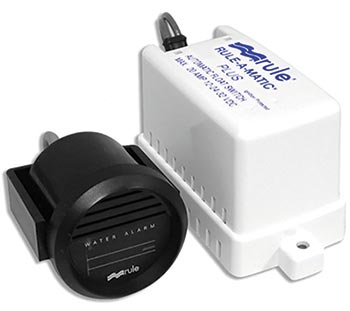 Recommended by the American Boat & Yacht Council (ABYC), high-water alarms are now installed on all boats built to its standards, for good reason: These simple devices typically use a switch to activate an alarm when water reaches a predetermined level and can save your boat. BoatUS Marine Insurance has analyzed sinkings over the years, and found that 69 percent of boats sink while at their dock — a good reason to connect the sensor to the boat's horn so others will know if your boat is taking on water.

If your boat has multiple bilge areas, it's best to have a separate bilge alarm for each area, with an indicator light as well as an audible alarm and a label to indicate the area involved. If you're aboard, the warning can give you enough time to find a leak before it's too late.

Locate the detector switch high enough above the normal level of bilge water to prevent the alarm from sounding when the bilge has a small amount of water easily handled by the bilge pump. But it also should be located low enough to alert you if there's a real problem. The same issues that plague bilge pumps can affect high-water alarms: corroded wire connections and jammed switches. While the alarm itself may last indefinitely, float switches need to be checked at least annually.

According to BoatUS Marine Insurance claim files, boats that sink at the dock usually do so because of three things: Water gets in at the sterndrive bellows (inspect every couple of months and replace every three to six years); leaking cockpit and livewell plumbing (inspect hoses and pipes at least twice a year, replace any suspect fittings); and leaking stuffing boxes (there should be no leaks with the engine off, two to three drops per minute when running).

Underway, boats usually sink due to boarding waves, leaking fittings, and overheated engines, which causes exhaust systems to fail and leak. Many thru-hulls are in the same place as the outdrive bellows and raw-water cooling system: the engine room. Look there first. A high-water alarm might just buy you enough time to find a leak before it's too late.

But there is good reason to expect that household alarms will function properly in the dry spaces of a boat. Household smoke alarms are readily available and are inexpensive. There are also a number of features and options — such as RF (radio frequency) interconnection between smoke alarms (no wiring) and assigned alarm locations (kitchen, master bedroom, guest bedroom). I have a smoke alarm installed in the bridge, under my helm (attic), and if there is a problem in my engine room (basement) while underway, all alarms on the boat go off and state "smoke in the basement." I also have one installed inside my electrical panel (utility room).

If your boat has a gasoline fuel tank mounted belowdecks, you should have a vapor detector. Also known as "fume sniffers," vapor detectors monitor for flammable gases such as gasoline fumes.

Vapor detectors are mounted in the engine-space bilge, just above the slosh height of bilge water, with the sensor away from the hottest parts of the engine, such as manifolds. Vapor detectors are almost always hard-wired to the boat's 12-volt DC system. Usually, the unit has a control head mounted at the helm that will sound when dangerous fumes are detected in the bilge. The wire that connects the sensor to the head unit typically can't be cut because the manufacturer has calibrated its length.

Some vapor detectors can turn on the bilge blower when they detect a buildup, a smart option. The blower, of course, must be ignition-protected. Look for an alarm that is UL 2034 listed.

Vapor alarms should be tested monthly using the manufacturer's procedure. You can also test the sensor using a butane lighter by depressing the lever lightly to release a small amount of butane gas next to the sensor.

Replace vapor detectors after no more than five years, or right away if they become submerged.

If the alarm sounds at the fuel dock, it may mean that a large quantity of spilled gas is in the bilge; it should be dealt with by pros. Make sure everyone is off the boat (as they should be while refueling) and call 911. Don't operate anything electrical, including the blower; it won't eliminate spilled gas. If it sounds while you're underway, call for help on a handheld VHF (less chance of sparking than an installed one) or a cellphone.

According to the American Boat & Yacht Council, smoke alarms should be installed on any boat with sleeping quarters or other accommodation spaces. Install them on either side of a solid door, away from rain or sea spray. They should be installed high in the space they protect (smoke rises). Replace the batteries every spring. Some smoke alarms have an "end of life" statement in the instructions, so follow it; 7 to 10 years should be the max. Some smoke alarms have nonreplaceable batteries that are designed to remain effective for up to 10 years; they signal their end of life and must then be replaced. Look for the UL 217 Single Station Smoke Alarm Approval, which means the unit has met the UL Standards for household smoke alarms.

BoatUS Marine Insurance has seen several explosion claims that occurred right after refueling. Gasoline, like other vapors, has an "upper explosive limit," or UEL. Too high a concentration means it can't ignite. A leaking fuel-fill hose can allow gas to collect in the bilge, making vapor concentration too high to ignite. This prevents engines from starting because there are too many gas fumes and not enough air to support combustion inside the engine.

But as fresh air gets mixed with the vapors, say after opening the engine cover, the fumes become less concentrated than the UEL, and a spark from a faulty starter or bilge-pump switch can ignite the fumes in a spectacular way. If your boat refuses to start right after fueling, immediately check for a gasoline spill. 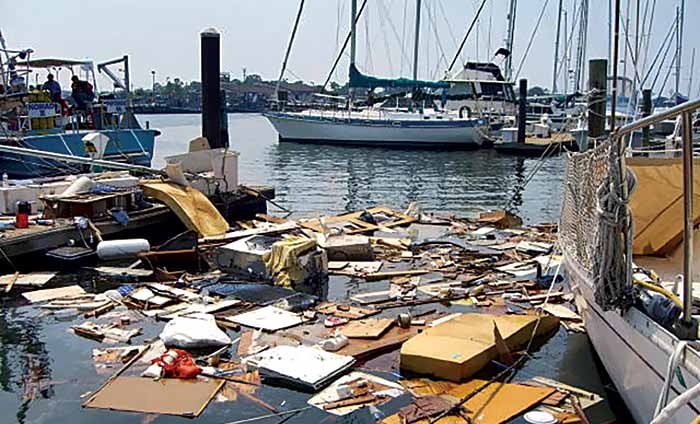 Test smoke alarms monthly. Most have a test button, and the RF alarms should go off on all of them when one is tested. And finally, have a plan to follow if you hear your alarm sound.

John McDevitt holds a 100-Ton U.S. Coast Guard Captains License since 1992 and is an Accredited Marine Surveyor with SAMS. John is chairman of NFPA 302 Watercraft, a fire-protection standard for boats. He is also a yacht broker with Bluewater Yacht Sales in Grasonville, Maryland.