Your electrical system gives you lights, communications, cold drinks, and much more. But it's also the place that most boat fires start. 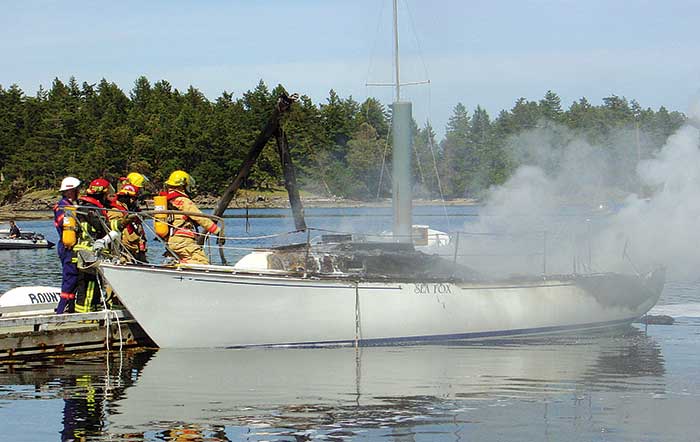 We analyzed five years of BoatUS Marine Insurance claim files and found that the boat's DC electrical system — batteries, lights, wiring, and so on — cause more than a third of all fires. The boat's AC shore power system contributes to another 9 percent. More than half of DC electrical fires, or 19 percent of all fires originating on boats, were associated with either the engine or the batteries, both of which tend to be in the engine room. That's because there are so many things that can burn in the engine room — fuel, oil from a slow leak, or even, in the case of a gasoline engine, gas fumes — once a DC wiring problem creates enough heat. In addition, that's where a lot of high-load devices are — things like the engine starter and battery chargers. These higher amperage loads create more heat where there are undersized wires, loose or corroded connections, or intermittent shorts. Finally, the vibration from the engine increases the likelihood of chafe in such vulnerable areas as the wiring harness and connections to the alternator and the starter. 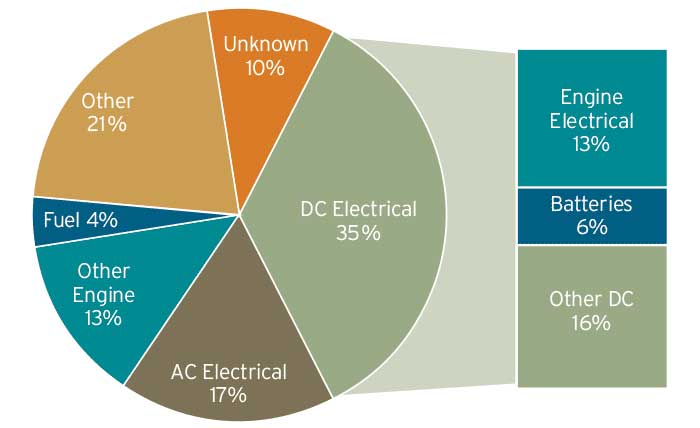 Preventing these fires comes down to good electrical maintenance on every component of the DC system associated with the engine and the batteries. Regular maintenance — on a monthly basis during the boating season — should include ensuring all connections are tight, especially those from the batteries to the starter to the alternator, making sure wiring is supported and secured to minimize the impact of vibration, keeping battery terminals clean, and inspecting wiring for signs of chafe. If you've just bought a used boat, check the wiring especially carefully for twist-on connectors and improper house wire. Boats require crimp connectors and more flexible stranded wire. 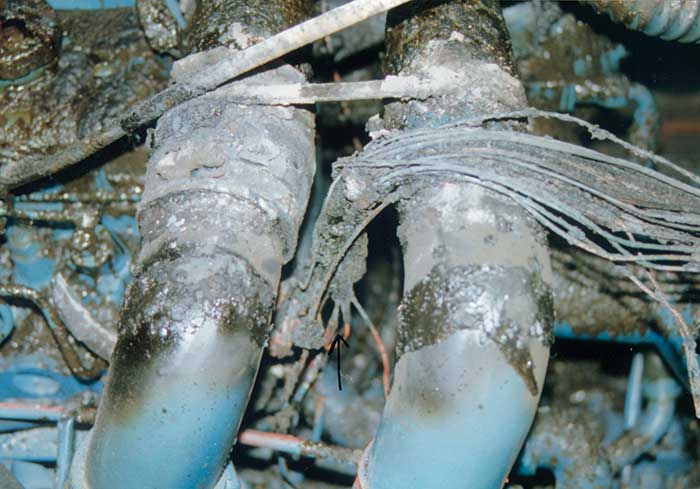 Wires have to be protected from anything that can chafe or burn them. All wires, especially in the engine room, should be properly supported away from hot surfaces.

Having 120-volt alternating current (AC) power to run air conditioners, refrigerators, and water heaters usually means we have to plug in to shore power. Even if you don't have any of these luxuries on your boat, you quite likely still plug in to charge the batteries. In the marine environment, the plugs and inlets/outlets in the shore-power system are vulnerable to dirt, salt, corrosion, and moisture, any of which can cause arcing that damages the contacts and eventually leads to increasing resistance and heat buildup. 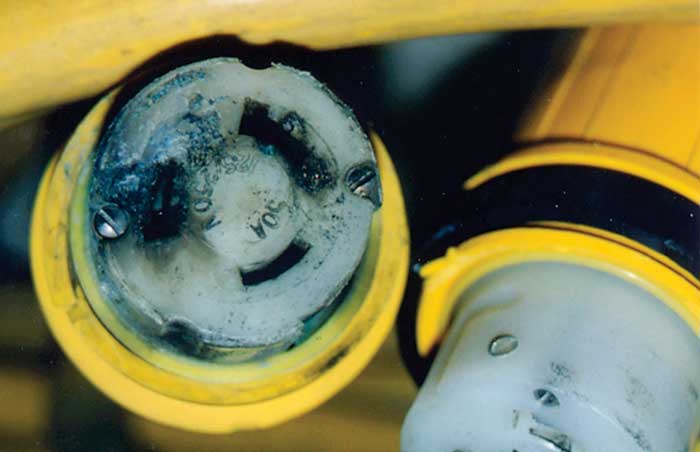 In addition to the cord itself, the data pinpointed a particularly vulnerable link in the shore-power chain: the shore-power inlet on the boat — and not necessarily the entire inlet, but the terminals at the back of the inlet where the boat's wiring is connected. These inlets are particularly vulnerable to water intrusion, and the connections are subject to vibration and corrosion and are often surrounded by material that ignites easily. They should be pulled out and inspected at least every five years. If there's any sign of corrosion, replace them. Also, if there's any discoloration on the shore-power connections, it means they've been hot in the past and should be replaced. 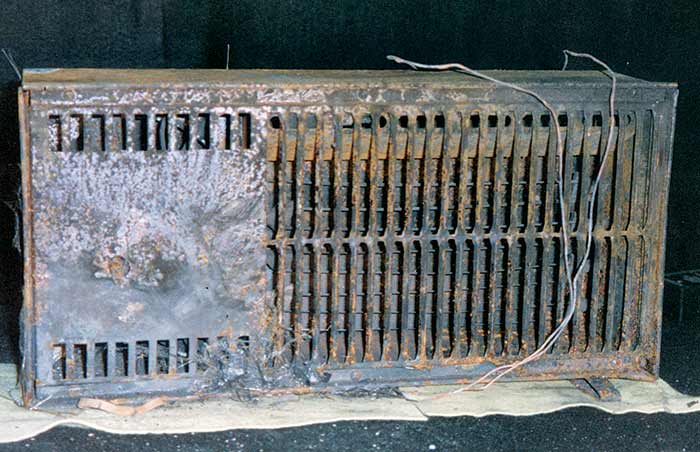 Electric heaters continue to be a major source of AC electrical fires aboard. While safer heaters have been developed that are less prone to being tipped over or to igniting anything combustible that falls on them, many still draw a great deal of power, and any corrosion in the shore power system (or worse, household extension cords powering heaters) will tend to build up heat somewhere that can result in a fire. Never use heaters in lieu of winterizing, and never leave a heater running if there is no one aboard. 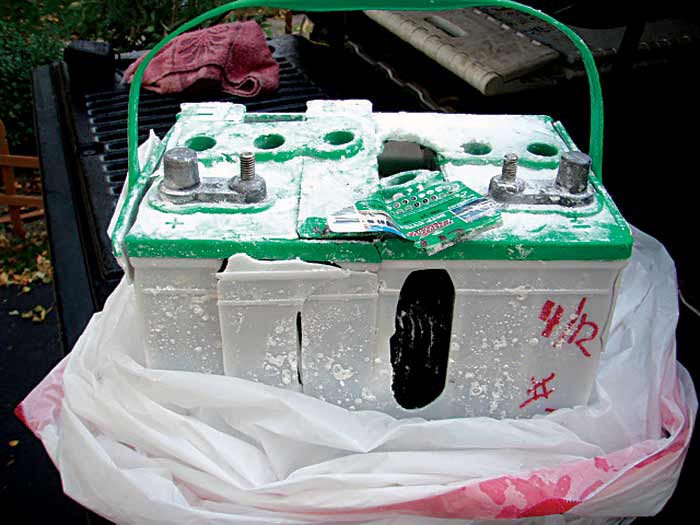 Automotive-style battery chargers can overcharge batteries over time, which can damage them and even start a fire.

Here are six things you can do to reduce your risk of fire aboard your boat: