Our investigators are put on the job when something smells fishy. Rooting out costly fraud serves to keep your insurance rates down. 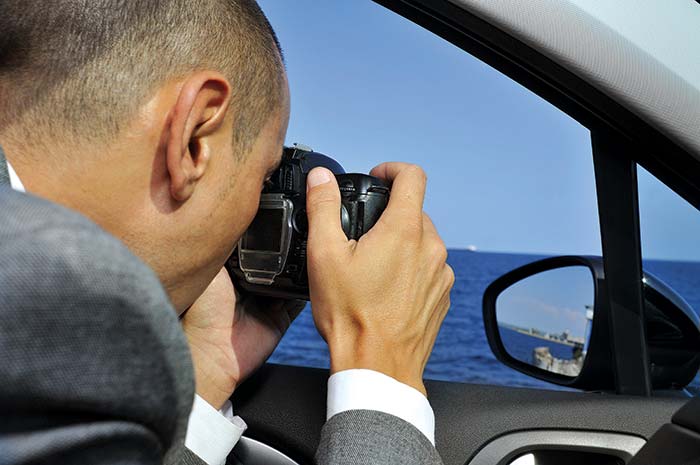 Rich Carroll is a nice guy. Big, jovial, funny, and always moving, like a restless bear. He has an edge though, likely borne from being a New Jersey cop for many years. With more years working as a fire investigator and even more as a polygraph examiner with the Pennsylvania Office of Attorney General, Carroll is a perfect fit for his job as director of the Special Investigations Unit (SIU) at BoatUS.

The SIU was developed in 2012 to investigate and combat insurance fraud. Fraudulent claims increase rates for everyone, and Carroll is the kind of guy that doesn't like to see a few dishonest people get away with something that might affect all the honest folks who simply love to go boating. "Ninety-nine percent of the people we insure are honest," he says. "But the few who try to get away with fraud unfairly make everyone else pay more." The SIU aggressively goes after that 1 percent.

Carroll says that the SIU has a three-part approach to combating fraud: investigating suspected fraud by people who are insured and by those who try to fraudulently file bogus claims against those insured by us, training claims and underwriting personnel on how to spot fraud, and acting as a liaison to law-enforcement and state insurance bureaus.

That last part is key. Working with a large network of law-enforcement contacts helps both the SIU and cops fight and prosecute fraud. Carroll says SIU investigators have some tools that law-enforcement personnel don't, and vice versa. "Working together is way more effective in combatting fraud, for both of us."

Internally at BoatUS, Carroll and his crew work with claims adjusters in spotting and investigating fraud, but they also work with other insurance companies when necessary, because there are some people who like to make a habit of filing fraudulent claims. "We want to put those people out of business," he says. If you ask Carroll exactly how he goes about his job, he's likely to mumble something about "a wide variety of tools and techniques," which is his way of politely saying, "I can't tell you everything, but the SIU has access to some very sophisticated software, intelligence-gathering abilities, and very savvy investigators."

What he will say is that the SIU gets involved when a claims adjuster smells something fishy and when the SIU receives a claim that meets "certain criteria." If you ask him what that means, he'll smile that big smile and start to mumble again.

Carroll has a lot of successes in combatting fraud. A common type of fraud occurs when someone files a claim for something that didn't actually happen or that didn't happen when it was claimed to have. Typical is this claim: An owner in Delaware bought insurance for his Crownline boat on August 19 and reported that the boat sank on August 20. While it's certainly possible for a boat to become insured the day before it sinks, Carroll says something didn't seem right.

After contacting a repair facility that had been asked to start an estimate for repairs, an SIU investigator learned that the owner first contacted the shop on August 16. On August 17, the shop provided a work order for the sunken boat — two days before the boat was insured. Busted. Not only was the owner not covered for his loss, but the Delaware Department of Insurance was also not amused and fined the owner, who, it said, "misrepresented to the insurer the correct date that the incident occurred, in an attempt to obtain benefits he was not entitled to."

Carroll is happy when his efforts expose a fraudulent claim, so the good guys don't have to pay more because of the bad guys.