Three boaters are plucked from the water 25 miles offshore after their boat capsized. Learn how to prevent getting into this mess in the first place. 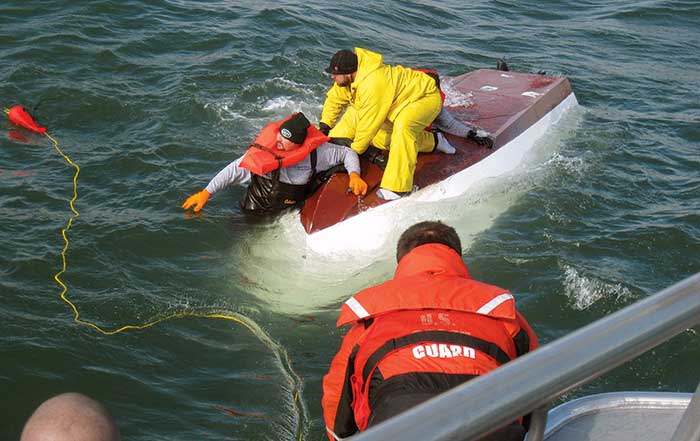 A day out on the water led to three men being rescued by good Samaritans some 25 miles offshore of Hernando Beach, Florida, in the Gulf of Mexico. The trio, all wearing life jackets, were pulled November 2, 2019, from the overturned hull of a 26-foot Sea Fox center-console.

An EPIRB (Emergency Position Indicating Radio Beacon) set off from the capsized boat triggered a response from U.S. Coast Guard Air Station Clearwater. A C-130 aircrew dropped a life raft to three people, but a nearby good Samaritan aboard a power catamaran was first on scene and took the three men aboard. There were no reported injuries. Watch a video of the incredible rescue above.

A Look At The Numbers

A capsize is defined as a boat rolling over onto its side or completely over. Swamping typically means that a boat fills with water (often from capsizing) but remains floating.

What causes boats to capsize and swamp? In a word: instability. Boats are inherently stable until something causes them to become unstable. That something is weight — where it is and how much it is determines when a boat will tip over far enough to capsize or fill with water.

In an analysis of five years of GEICO | BoatUS Marine Insurance claims that involved capsizes and swampings, we learned what you can do to prevent this from happening in your own boat. Here's what we learned: 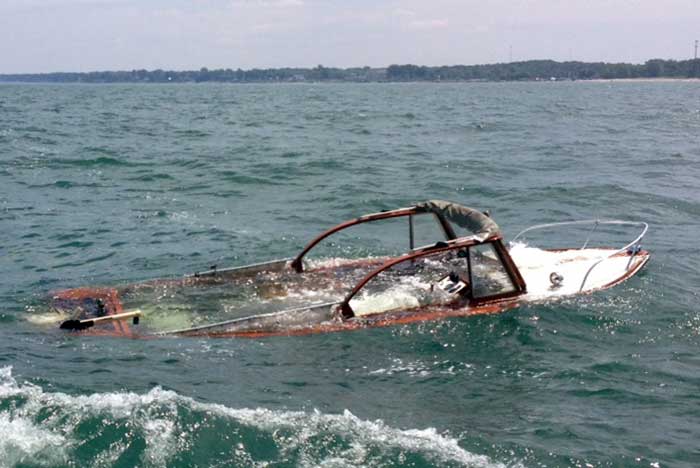 Most power boats built before 1972 have no flotation and will sink out from under the crew if swamped. 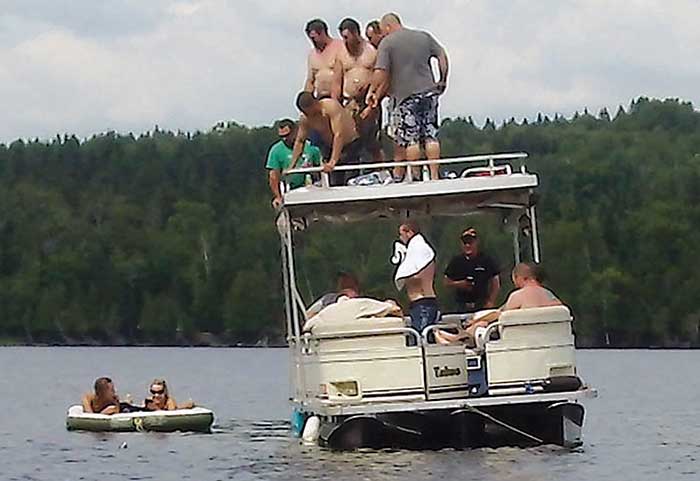 Pontoon boats are generally more stable than monohulls, but even they can be capsized by an unbalanced load. (Photo: John Silver) 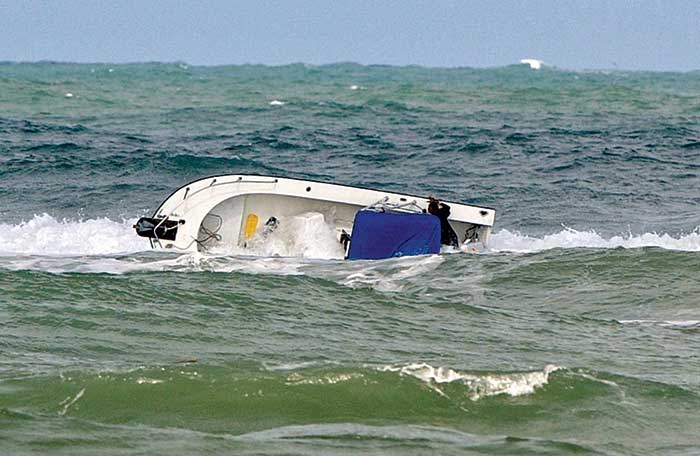 Large waves can overwhelm a boat and cause it to capsize. Keeping the bow into the waves can prevent the boat from rolling.