Spoons, plugs, streamers, twisters — the lures that belong in every tacklebox. 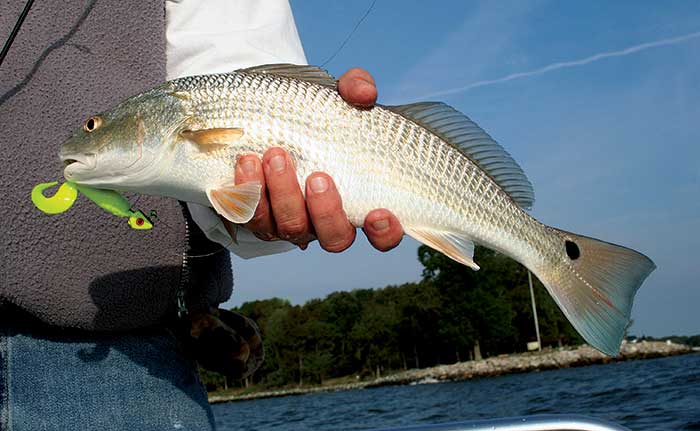 Twister tails corkscrew through the water with a motion that entices fish of all kinds.

Classic literature captivates us, classic cars draw our eyes, and classic lures catch an awful lot of fish. There are a million different lures on the market, yet these 10 basic types have been around for ages and remain popular today. Here, in no particular order, are 10 top classics and what they're used for. 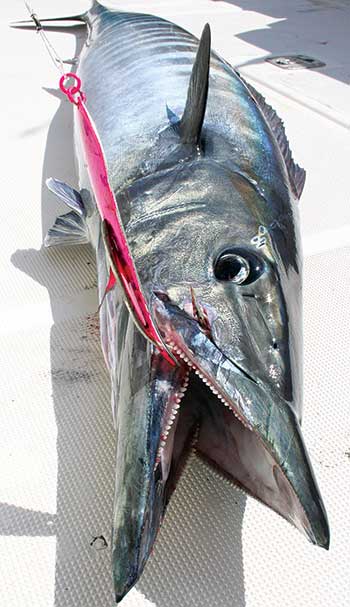 Spoons like this Huntington Drone give you an advantage when
fishing for toothy critters like wahoo, since the fish can't bite
through the metal.

They wobble, they flash, they shine, and they catch all kinds of fish, ranging from largemouth bass to king mackerel. These oblong, bowl-shaped pieces of metal come in a vast array of colors and can be cast and retrieved, trolled along the surface, or pulled deep on downriggers. Not only are they among the most versatile lures on the face of the planet; they're also among the oldest. Spoons have been around since man learned how to work metal — Native Americans, however, fashioned their spoons from shell — and they remain among the most popular types of lures today.

Anglers should turn to spoons when the fish they seek are hunting small baitfish, such as minnow or sardines. They're particularly effective for cast-and-retrieve fishing when the predators are feeding at or near the surface. When fish are suspended or near the bottom, trolling spoons with weights or planers becomes the favored tactic.

With a lead head and a "skirt" traditionally made from actual buck (deer) tail hair, the bucktail is another lure that can be fished in numerous ways. Though a bucktail may not have much appeal on its own, it's often "dressed" by adding a tempting strip of bait to the hook, a plastic teaser, or even a strip of wiggly pork rind. Many modern bucktail variations replace the hair with slivers of plastic, synthetic hairs, or tinsel.

Turn to bucktails when you may need to cast one second, troll the next, and vertically jig moments later. These lures will work for all of these different methods, reducing the time spent rerigging or changing lures to match varying situations. The downside is that most bucktails don't have much action on their own, so the angler needs to add some action with the rod tip to make the lure look lifelike as it moves through the water.

Though mostly used in freshwater, spinners will attract strikes from many species of gamefish. It was Mepps, with the Mepps Shimmy invented in 1938, that made the spinner über-popular. First produced in France, it was brought to America by veterans returning from World War II. Since then, more than 200 million have been sold in the United States. Spinners are an excellent choice for trout, bass, and panfish. They're particularly effective in slightly off-color or cloudy water, because the spinner sends out vibrations that fish can home in on.

Lures like the Heddon Zara Spook and the Bomber Badonk-A-Donk are adored for the adrenaline-inducing explosions they produce when fished with a classic "walk-the-dog" retrieve. There are many variations on topwater plugs; some chug and pop, others bob and weave, and still others have small spinners or propellers attached.

Topwater lures can be used for a wide variety of species, but they're most effective when cast to shoreline haunts where fish like striped bass and snook attack from below. They're also spectacularly effective when fish are in a feeding frenzy and break water on shoals of bait.

Swimming plugs, also known as lipless crankbaits, have an angled face that forces the lure to dig into the water and wiggle from side to side as it moves forward. The Rat-L-Trap, manufactured by Bill Lewis Outdoors, is considered the classic, and as legend has it, Bill Lewis himself named the lures while selling them from his rattletrap station wagon in the 1960s. These plugs have rattles inside to produce fish-attracting vibrations. Swimming plugs are an excellent choice in low-light conditions and when fishing in murky waters. The vibrations they create can call in fish from afar, when visibility is reduced. Swimming plugs are also a good choice for subsurface trolling, when fish are suspended just below the water's surface.

Available in a wide range of colors (this one's called Electric Chicken) and sizes, the Rat-L-Trap is an immensely popular swimming plug.

Jigging spoons don't really have a spoon-like shape and are usually long and narrow; some folks call them dog-bone spoons. Rather than wobble, these spoons are designed to sink quickly to reach great depths, then dart and weave as the angler jerks his or her rod tip.

While there are freshwater applications in larger bodies of water, due to the deepwater nature of jigging spoons, they're mostly used in open bays and oceans. Since giving the spoon some action is entirely up to the angler, it takes constant work to be successful with jigging spoons.

Few lures are as versatile as soft plastic shad jigs — and few come in more shapes, sizes, and colors. Some with paddle tails swim when retrieved, some have straight tails that require angler input, and some have tails with fins that flap. All are effective.

Soft plastics cover so many bases that it's impossible to generalize where and when they shine. They can be used without any weight for topwater action one day, then rigged on a lead jig head to probe deep waters the next. No matter what the fishing situation may be, there's a soft plastic jig — or, more likely, there are dozens of them — made to match it.

Lipped plugs often have a sleeker body than lipless crankbaits, but they dig into the water and swim with a lifelike motion thanks to a lip extending out on the front of the lure. There are many variations and different sizes available, ranging from tiny inch-long plugs used for freshwater panfish to two-foot-long saltwater models.

Lipped plugs like this classic Rapala Floater swim as they move through the water, so no added action from the angler is needed.

The lip allows the plug to track at a consistent depth, making these lures ideal for fish that suspend at mid-depth. Just what depth a particular plug runs at depends on the size, design, and buoyancy of the lure and its lip. Wherever it swims, however, the built-in action provided by the lip makes these lures an excellent choice for beginners.

No list of top fishing lures would be complete if it omitted streamers, a top pick for fly anglers. And no mention can be made of streamers without calling out Lefty's Deceiver, one of the most famous streamers around. Invented by legendary fly angler Lefty Kreh, the Deceiver is a streamer design — not a specific pattern — that has the basic shape of a baitfish with no wings or fins. Another famous streamer design is the Clouser Minnow.

Fly anglers who need to imitate a baitfish use streamers the most, but they aren't the only ones to benefit from this type of lure. Conventional anglers jigging deep water for such fish as yellowfin sea trout and sea bass also find them very effective when tying tandem rigs. With a heavy spoon or weighted lure on the bottom of the rig and a streamer on the top, fishermen can present their quarry with both large and small offerings at the same time.

The Mister Twister company developed the Curly Tail in 1972 and immediately claimed to offer the most action of any flexible plastic lure. Though intended for bass fishing, anglers quickly realized that it was effective on just about any predator fish, in just about any type of water.

,p>Like many other lures that have their own action, twister tails are a great option for beginners. Simply choose a lead head of the size needed to get to the desired depth, cast it out, and reel it in — the lure does all the rest of the work.