Whether you're in a no-wake zone or not, you are responsible for any injury or damage caused by your wake. 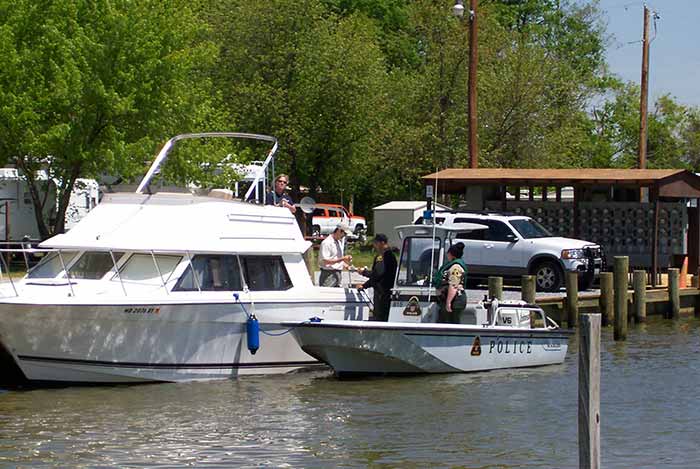 Let's face it, pretty much all powerboats create a wake. Especially on inland waters, where primarily small craft operate, wakes can be dangerous. Common courtesy toward other boaters demands that we control our wakes. However, the consequences of failing to do so go far beyond rude gestures and horn blasts. Because here's the one thing you really have to know about wakes: under the law, damage caused by your wake is treated exactly the same way as damage caused by a physical, fiberglass-crunching collision.

Imagine the following scene: After a long no-wake zone and an even longer wait for a drawbridge to open, a motoryacht is just passing through the opening. In a stroke of luck, a behind-schedule, in-a-hurry sportfish arrives at the drawbridge already open for the yacht ahead. After clearing the drawbridge, both vessels pick up speed, creating significant wakes.

Ahead of the yacht, just outside the channel, a fisherman is poling a small jon boat on the flats, searching for redfish. Perhaps the operators of both the yacht and the sportfish do not realize how their wakes can combine into a veritable tsunami, or they are just more interested in making it back to the dock than in reducing speed. Regardless, the combined wake of the yacht and sportfish violently rolls the jon boat, causing serious injuries to its passengers. The passengers sue both vessels and their owners for their injuries as well as pain and suffering. It's important to remember that the incident took place outside of any no-wake zone, so neither captain was likely overly concerned about their wakes nor realized the extent of their liability.

Here's an interesting point: Nowhere in the Inland Rules of Navigation will you find any mention of a duty for recreational vessels to control their wakes. Still, our two hypothetical vessels are not saved by the lack of an explicit rule.

Courts applying the General Maritime Law are entitled to interpret the rules of the road to reflect their understanding of the norms of maritime navigation. That means the rules are not necessarily what they say, but what courts think they mean. Courts have used at least two of the navigational rules to hold operators liable for the damage caused by their wakes.

First, courts have ruled that when a vessel's wake collides with another vessel and causes damage, Rule (6) of the Inland Rules applies. This rule provides that each vessel "shall at all times proceed at a safe speed so that she can take proper and effective action to avoid collision." The courts read the word "collision" to include both a collision with a vessel's hull and a collision with its wake. Applied to our motor yacht and sportfish, both failed to proceed at a safe enough speed to prevent their wake from colliding with the jon boat, so they are presumed negligent. The only defense available is for the operators to prove conclusively that their wakes did not cause the injuries to the jon boat passengers, an impossible burden.

Second, courts have used the catch-all rule, Rule 2(b) of the Inland rules, to hold operators liable for their wake. Rule 2(b) provides that "due regard shall be had to all dangers of navigation and collision and to any special circumstances ... which may make a departure from these Rules necessary to avoid immediate danger." As courts read this rule, an operator of a vessel is required to do anything and everything to prevent a collision (including a collision with a vessel's wake). Applied to our motor yacht and sportfish, no defense to liability exists. Neither took any action to prevent a collision between their wakes and the jon boat. Both are equally responsible for all the damage to the jon boat and its passengers.

If you haven't already figured it out, this narrative is based on a true story that resulted in an unhappy ending for those aboard the motoryacht, the sportfish, and the jon boat. If that does not scare you enough, remember that if the owner was operating the vessel, the injured person can come after the owner for any damages in excess of the value of the vessel, and prosecutors can bring criminal charges. The moral of the story is: Watch your wake!