Boat Renovation: Before and After Photos 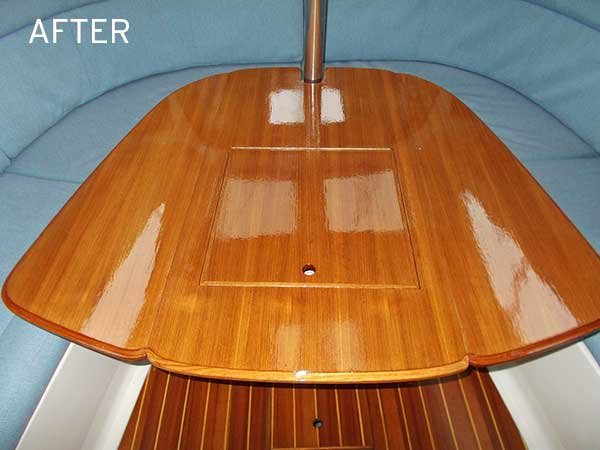 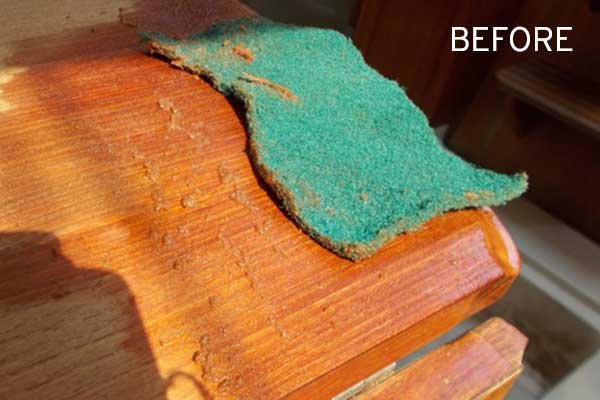 We have a 1994 Hunter sailboat, Motion Granted, that we purchased late in the 2012 season. Some of the surface wood had been neglected, but we did a quick clean and used the boat as much as we could before Michigan's short boating season ended. In the spring of 2013, we stripped and refinished the neglected wood surfaces. The interior table had been over-oiled and was gummy.

The wooden floor was neglected, as were the exterior stern rail seats. We refinished the table and seats ourselves. It was our first attempt at stripping and refinishing marine woodwork. The table isn't solid teak, but rather has a thin layer of veneer, so we proceeded with caution. There appeared to be no varnish on the interior table originally. Therefore, we didn't use any harsh stripping products. Starting with baking soda, which lifted and dissolved the top layers of build-up, and ammonia to remove the remaining stains, we progressed to a green Scotch Brite pad and some serious elbow grease. We followed up with three to four coats of Epifanes Rapidclear, then three topcoats with light sanding in between of Epifanes High Gloss Clear Varnish. Our success with the table translated to the exterior stern rail seats.

how to diy makeovers and refitting