What's Really In Your Marina Contract?

Most marinas do a great job and act fairly. But before you sign a marina contract, take a good look at it with the following advice in mind. 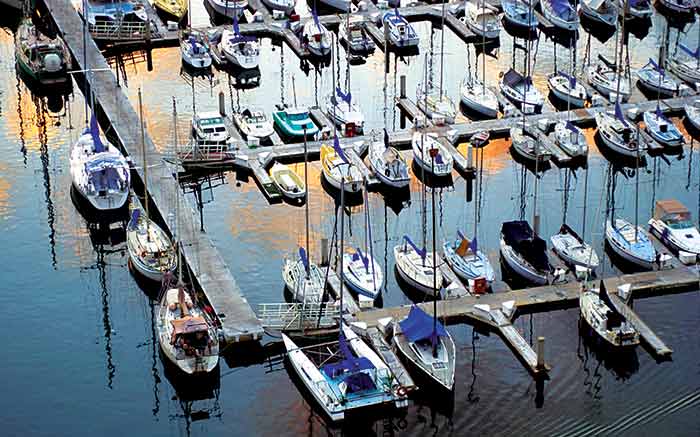 Your marina contract might have language that could put you in a bind when things don't go as expected. (Photo: Thinkstock)

Reading a marina contract, especially the fine print, is about as exciting as watching paint dry. But this contract is every bit as important as any other major contract you're likely to sign, and you need to know what your responsibilities are, as well as the marina's. To complicate things, marina contracts may trigger the application of "maritime law" rather than state law, as in most consumer contracts. Maritime law is a specialty field with different types of remedies, recoverable damages, and even lawyers, so it's especially important to know what you're agreeing to.

A marina contract is much like any other contract, in which each party is responsible for something — you agree to give the marina money, and it agrees to give you something in return, namely a place to keep your boat. But it's worth noting that such contracts are usually written by lawyers whose focus may be more aligned to benefit the marina than the customer. Discussions about legal liability and how it may be limited or shifted can be woven throughout the contract. What provisions are enforceable will vary, depending on your jurisdiction, and with that in mind, it's important to be alert to how those provisions might affect you.

Marina contracts often have many basic similarities. As an example, they're usually very specific about what you can do with the slip you use. It may say you can't sublease it or carry on any business there. It will also say how much your fees are and what the consequences are for not paying. 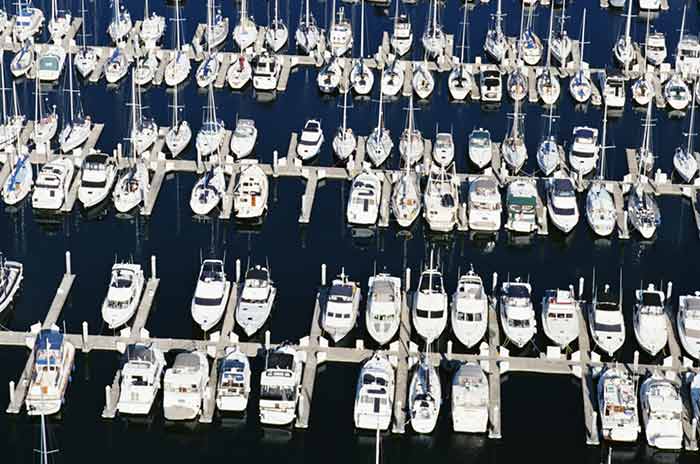 If you're not sure about some of the liability language in your contract, talk to your insurance company. (Photo: Thinkstock)

Marina contracts almost always require that your boat be covered by a marine-insurance liability policy with a certain minimum limit, and many marinas require that your boat also be covered by hull insurance. You'll usually be required to have the boat state-registered and/or have a state-use decal. Often, there is language that requires a boat to be operable, and some marinas require that the boat actually leave its slip once or twice a year. Be aware that the contract may require you to pay for such things as fenders or docklines if yours are deemed inadequate or even having your boat pumped out and raised if it sinks. If you hire someone to work on your boat, the contract may require that you have that person present his or her worker's compensation or liability-insurance certificates before entering the premises.

Many marina contracts have what may appear to be one-sided clauses. Some may say that the marina can cancel the contract for any reason beyond its control (for example, after the marina is damaged by a storm), though that same right is usually not extended to the slip holder. The marina can usually terminate the contract for cause, which means that if you don't abide by the marina's rules (say, if you don't pay your fees, or even if your guests fail to abide by the marina's rules) you can be kicked out. The contract may say that it doesn't have to give you a pro-rated refund. If you get behind on your slip fees, the contract may say that the marina can file a lien on your vessel and may even be able to "arrest" it, preventing you from moving it until your fees are paid. Such liens also may make you responsible for the marina's legal and other expenses. While most of these clauses are pretty easy to understand, in recent years, marinas have begun including new language that is often full of hard-to-comprehend legalese, which may leave you on the hook for damages.

A marina contract can contain various provisions that may affect your insurance coverage and ability to recover for losses suffered to your vessel. Recently, some marinas have begun including what is called "risk-shifting" language in their contracts. While this may sound innocuous, the contract may shift the responsibility for defense and payment of claims to you and your insurance company, even when the cause of the accident and responsibility for the resulting damages rests with the marina and/or its personnel. Other clauses prevent an insurance company from suing the marina to recoup its claims payments after a loss caused by the marina. By signing a marina contract with such provisions, you may find yourself responsible for costs not covered by your insurance policy. See the sidebar for some common risk-shifting clauses and what they mean.

While all this legalese may sound daunting, the reality is that marinas want to keep their customers, and reputable marinas will often pay when they damage a customer's boat; they have to take into consideration what impact their decisions have on their other customers. Even if the marina seems willing to help, though, you should immediately report any claim to your own insurance company. The marina may initially say that it will take care of it, but it may then change its mind. By then, it may be too late to get your insurance company involved, and you may not be covered. It's also essential that you immediately notify your insurance company if you or a guest is hurt at the marina.

So what can a boat owner do when faced with contracts that have these clauses? In many parts of the country, there are more slips than boats, and consumers can search for a marina with fewer risk-shifting clauses or even negotiate some of them out. Some marinas allow this for an added cost. If your marina isn't flexible on its contract, and language exists that you think could cause issues with your insurance company, review these clauses with your insurance carrier to make sure you're not in danger of a breach of the insurance contract, which could result in no coverage. 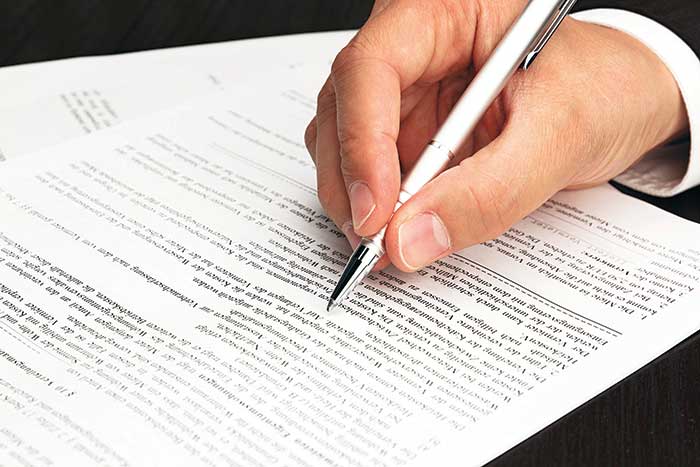 What Should You Be Looking Out For?

Risk-shifting clauses like these below can be problematic in marina contracts. Here's why ...

"Yacht owner waives any right or claim against the marina for damage sustained by owner which is covered under any insurance policy, and yacht owner shall cause its insurance carriers to waive their respective rights of subrogation with respect to the same, and to so notify marina." If you have signed a contract with a waiver of subrogation, you've agreed in essence that the marina isn't responsible if they are negligent, say by gouging your gelcoat while hauling out your boat. And while your insurance company will likely pay for your covered damages, you're still on the hook for your deductible. But there's a bigger problem with the waiver: When more extensive damages are the fault of the marina — say, it drops your boat from the lift — the insurance company that pays your claim may choose to sue the marina or its insurer to recoup (subrogate) its own losses. Most insurance policies don't allow an insured to limit the insurance company's ability to recover its loss. By signing a contract with a waiver of subrogation, you've done just that, and your insurance company may refuse to pay for that particular incident.

"The owner hereby releases and agrees to indemnify and hold harmless the company for any and all liability for personal injury, loss of life, and property damage — (1) arising out of the ordinary negligence of the company or its employees and agents in connection with the company's premises or the use of storage space; (2) in connection with the owner's boat, motor, and accessories while it is on the premise; (3) for loss or damage to the owner's boat, motor, and accessories or contents thereof, due to fire, theft, vandalism, collision, marina equipment failure, windstorm, rain, hurricane, or other casualty loss." Exculpatory provisions again attempt to relieve one party in a contract of its own negligence. In other words, the provision may effectively relieve the marina from any claim arising out of its own negligence.

"The yacht owner shall indemnify, defend, and hold harmless the marina from any costs, expenses, damages, and against all claims, demands, loss, law suits, including judgments and attorney fees for damages to property, injury or life to third parties resulting or arising from the yacht owner's use of the yacht." This clause applies to third parties, such as your guests, or even someone working on your boat. What it means is that if your guest is injured at the marina, even if it's the marina's fault, you agree that you will defend the marina against the claim and pay any damages for which the marina is deemed responsible.

"The yacht owner shall, at his or her sole cost and expense, maintain liability and property-damage insurance covering the yacht with liability limits in amounts sufficient to ensure performance by the owner of all of the exemption, waiver, hold harmless, and indemnity provisions contained in this agreement, including claims involving premises liability or marina's negligence and/or other fault and shall have marina expressly identified in the insurance policy as an additional insured." On the surface, this seems fair; the marina wants you to maintain liability insurance in case there is an accident for which you're legally liable. But when the marina asks you to add it as an additional insured on your policy at your expense, it's asking to be protected in the same way as you the policyholder are — sort of like adding your Uncle Bob to your policy. So if Uncle Bob (the marina) does something that your insurance company would cover you for (such as hitting a bulkhead on the way to haul it out), the insurance company also has to cover the marina if it does something similar. It's up to your insurance company to decide whether it's willing to add the marina as an additional insured and how much this expansion of coverage will cost.