Time To Breathe Some New Life Into Life Jackets? 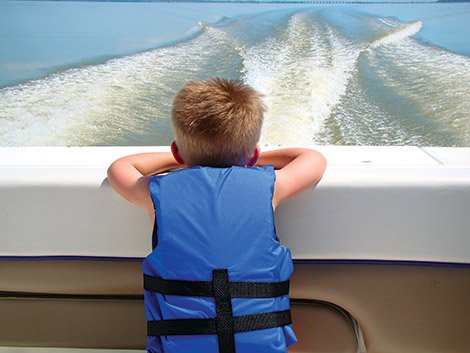 But despite all the messaging, life jacket usage has remained steady; boaters don life jackets around 20 percent of the time, a number that hasn't changed significantly in many years.

Disappointed with boaters' lack of response, the Coast Guard's Office of Boating Safety is currently publicly discussing ways to increase the wear rate, including potential federal requirements making it mandatory for boaters to wear life jackets in certain situations, or on certain types of boats. But for all their efforts to increase voluntary use of life jackets, two of the biggest obstacles have not been overcome: cost and comfort.

The Types of Life Jackets 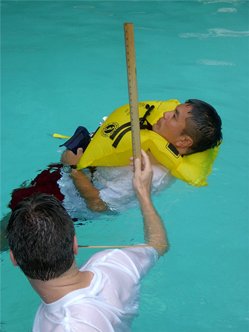 Certainly, the most comfortable Coast Guard-approved life jackets today are inflatable, but they're also the most expensive. The cheapest inflatable jacket costs nearly 20 times as much as the $5 bulky orange Type II vests so many boaters carry aboard to satisfy Coast Guard requirements. Voluntary life jacket wear is caught in a classic Catch-22; comfort isn't cheap, and cheap isn't comfortable. Some subsets of boaters, such as day sailors, and racing sailors in particular, wear life jackets more frequently, but they're often using life jackets that don't bear Coast Guard approval. These jackets are made by an array of companies such as Gill, SECUMAR, Zhik, and Spinlock, among others, for use in Europe. Over the past few years, they've migrated to the United States and found a home with people who want the particular design characteristics offered by these jackets.

The Gill Pro Racer, for example, hasn't gone through the approval process to meet U.S. standards, which are different from those in the European Union, where it is approved. But under the conditions in which it would normally be used, a supervised inshore racecourse with other boats nearby, it's most likely more than adequate to keep the boater afloat, and is far better than wearing no jacket at all.

While the current U.S. life jacket standards are very comprehensive and thorough, and provide boaters with very capable life jackets, they allow little room for innovation — in large part due to the expensive and lengthy approval process, and performance standards that are geared to cover virtually every extreme marine situation. A simplified approval process doesn't need to lower the standards, but reducing the complexity and cost of approval could go a long way toward increasing innovation in life jacket design.

The Need for More Choice 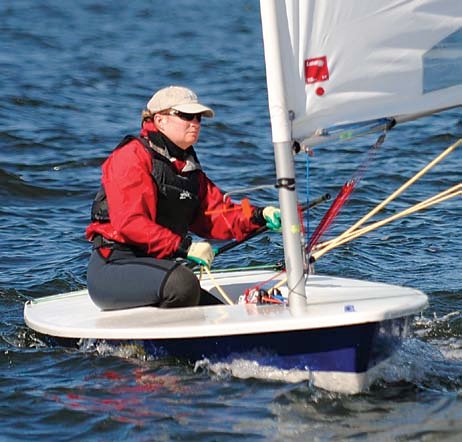 Right now, the Coast Guard approval process can cost between $10,000 and $30,000 for a foam vest, and more than $50,000 for a new inflatable life jacket. This process requires that each individual component of a life jacket, as well as the jacket in its entirety, be tested. When manufacturers change features on a jacket, or make modifications such as changing a buckle, they pay to recertify their product. As a result, the current testing process can stifle the development of a wider array of life jackets, including those that may be more likely to be worn. While life jackets don't need to be USCG approved to be sold in the U.S., Coast Guard regulations require that approved life jackets be carried on the boat to meet legal requirements. So while you can buy and wear a non-approved life jacket onboard to reduce your risk, it won't count as a life jacket if you're stopped by the Coast Guard or other boating law enforcement agency.

Currently in the United States, there are several groups, including the BoatUS Foundation, pushing to have U.S. standards become more accepting of less traditional designs, particularly those made for specific uses. Joe Waters of Under writers Laboratories (UL) says, "We all have the mindset of what a life jacket looks like, and that's what we need to be challenging. We haven't seen that much outside-the-box thinking."

The Push for Innovation 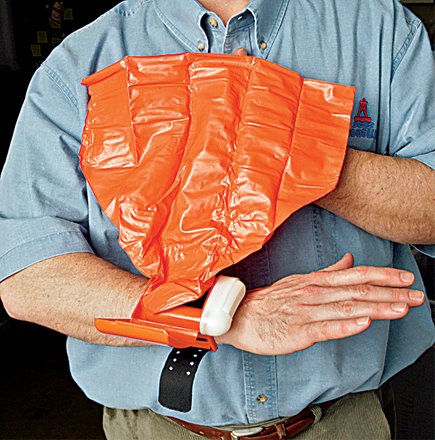 Back in 2005, finding new and innovative designs for life jackets was a key goal of the joint BoatUS Foundation and Personal Flotation Device Manufacturers Association (PFDMA) Life Jacket Design competition. More than 180 entries, consisting of actual and conceptual designs, were submitted from around the world with the top prize of $5,000 going to an inflatable design submitted by Adam Malcolm, who was a graduate student in the University of Virginia's Mechanical and Aerospace Engineering Program. "The competition was a huge success," said Ruth Wood, president of the Foundation, and past member of the UL Standards Committee. "It really helped drive the push to bring more innovation into the market. Many of the designs presented simply wouldn't meet the current U.S. standards for an approved life jacket, but that doesn't mean that they couldn't save your life in an emergency situation."

In 2011, the Foundation is again partnering with the PFDMA, as well as UL, to host a second life jacket competition. In this iteration, only actual working models will be considered; no theoretical designs, as in the 2005 contest, will be allowed. Applications are being accepted until February 1. For information, visit BoatUS.org.

In addition to sponsoring the contest, designed to see what new features and technologies are being developed, the BoatUS Foundation will also test currently available life jackets that are not Coast Guard approved in order to see the strengths and weaknesses of these less familiar products, and measure how their performance stacks up against jackets that carry U.S. approval. The Foundation has conducted several tests of approved life jackets for our Foundation Findings series over the years.

If your favorite life jacket is currently commercially manufactured and not USCG approved, please share details with us by the end of March at boatingsafety@BoatUS.com. We'll be testing jackets in late spring with the goal of finding practical jackets that boaters will wear.

Chris Edmonston is president of the BoatUS Foundation for Boating Safety & Clean Water, a 501(c)(3) nonprofit organization, independently funded by donations from BoatUS Members and by grants.