It's time we get to the bottom of how E10 is affecting our engines. 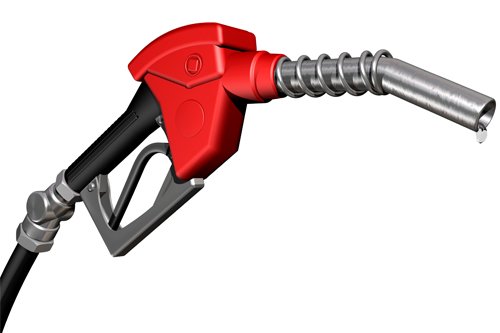 In the few years since ethanol began to be widely used in the United States, a lot has been written about its properties, the problems it's created, and how to best cope with its possible effects. Some of the advice has been based on science, some on hearsay. While E10 is not an ideal fuel — and E15 could cause serious problems for marine engines — at least a few myths about ethanol have arisen with the potential to do more harm than good.

Many mechanics believe that octane loss during winter storage could be great enough to damage an engine when it's run in the spring. These same mechanics will often recommend leaving the tank almost empty so that fresh gasoline can be added in the spring to raise depleted octane levels. While all gasoline loses octane as it ages, ethanol-enhanced gasoline loses octane at about the same rate as regular gasoline, according to Jim Simnick, a technical advisor at BP Global Fuels Technology, and Lew Gibbs, a senior engineering consultant and Chevron Fellow. The two men have over 75 years of combined experience working with gasoline and both agree that the loss of octane over the winter would not be sufficient to damage an engine. Note, however, to keep any gasoline, including E10, as fresh as possible; they said it's good practice to always add fuel stabilizer — an antioxidant — whenever the boat will be idle for long periods.

PROBLEM 1: It increases the volume of open space in the tank (its "lung capacity") so it can "breathe in" damaging moist air. An almost-empty tank leaves more space on tank walls for condensation to form. Leaving less gasoline in the tank means there will be less ethanol to absorb the condensation.

PROBLEM 2: It's interesting to note that in areas of the Midwest that have been dealing with E10 for over a decade, topping off tanks is common practice. (As an alternative, completely emptying the tank would eliminate any chance of phase separation.)

PROBLEM 3: If phase separation occurs, the highly corrosive ethanol/water mixture will settle to the bottom of the tank and remain there even after fresh fuel is added in the spring. The only way to remedy the problem would then be to drain the tank and add fresh gasoline. The best way to avoid phase separation over the winter (aside from emptying the tank) is to leave the tank 95-percent full (which allows for expansion) so that there's less moist air in the tank, less space for condensation to collect, and more gasoline to absorb whatever moisture does accumulate.

Myth #2: E10 attracts water, so it's important to install a water separator to prevent the water reaching the engine

Mercury Marine, which recently hosted a Webinar on ethanol myths, noted that ethanol does not "grab water molecules out of the air." It is hydrophilic, which means ethanol holds water. With regular gasoline (E0) as well at E10, the primary cause of water collecting in tanks is condensation on tank walls. But unlike E0, which can absorb almost no moisture, E10 can hold up to half of one percent of water by volume, and the water molecules will dissolve in the fuel. The "solubilized" water will bypass the water separator and burn harmlessly through the engine. Only if phase separation were to occur would a water separator do its job, but by then the fuel itself would be the problem. The phase-separated water/ethanol mixture would settle on the bottom of the tank near the fuel pick-up and would quickly stall out or even damage your engine. And because ethanol is used to boost octane, the remaining (low-octane) gasoline at the top of the tank would also have the potential to damage your engine.

Note, however, that a fuel filter (10-micron) is essential to keep gunk from reaching your engine. Ethanol is a solvent that dissolves resins, rust, and dirt that have accumulated on older tank walls. Especially when you first make the transition to E10, it's important to carry spare filters and a galvanized bucket to store used filters prior to disposal. Even in new engines and tanks, E10 will sometimes form a mysterious gooey substance that will also clog filters. Richard Kolb, the manager of Emissions and Regulations for Volvo Penta, believes the goo is caused by water mixing with one or more of the 108 approved compounds that can be used in gasoline. These compounds vary among suppliers, so one solution is to change to a different brand of gasoline. Another is to use carburetor cleaner, which he says has sometimes remedied the problem.

Both Gibbs and Simnick said that the additives that eliminate water may work incrementally to protect against phase separation, but Joe Simnick stressed that no additives will stand up to a good slug of water. Lew Gibbs added that the best way to prevent phase separation in E10 is to "keep it dry, keep it dry, keep it dry." That means keeping the tank filled to prevent condensation. Mercury Marine has also noted that, contrary to statements made by some companies that produce fuel additives, there are no additives that can make stale or phase-separated gasoline usable.

E10 is certainly not as trouble-free as E0, especially the first few tankfulls. But for newer engines, those built after about 1991, there's no reason the initial problems can't be overcome. No less an authority than Mercury Marine says, "After the transition period from E0, E10 may actually be a superior marine fuel as it tends to keep low levels of water moving through the fuel system, keeping the system 'dry.'"

Mercury Marine, the world's largest manufacturer of marine engines, recently held a webinar to debunk some of its own myths about ethanol. I attended with interest. The first myth was that there are fuel additives that can prevent all issues associated with ethanol-blended gasoline. For example, no fuel additive can prevent ethanol from acting like a solvent. The second myth was that fuel additives can make stale or phase-separated fuel useable. "Fuel cannot be rejuvenated," Mercury determined, and they noted that it's a myth that ethanol-blended fuels are bad and should be avoided. Here are some quotes from the Mercury Marine webinar.