Waging war on the critters that take a shine to your boat can pose big problems. 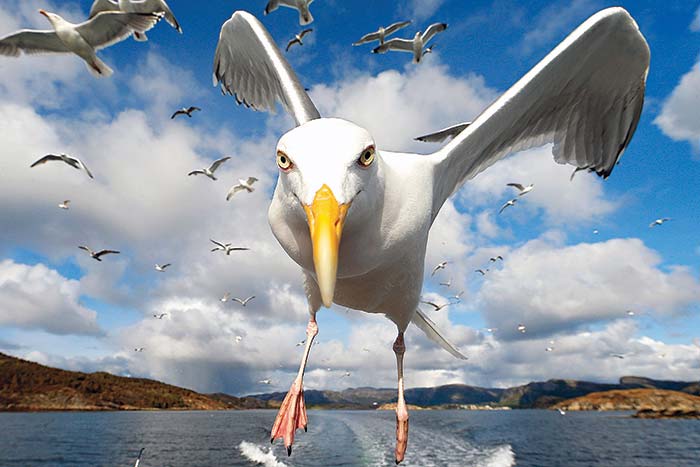 Birds, and other wildlife who focus on making your boat home, can be surprisingly difficult to deter. But don't despair, we've got some solutions for you. (Photo: Brutus Östling)

Some years ago, on a fine Saturday morning in May, my husband and I drove down to our boat with the intention of spending the weekend cruising the Chesapeake Bay. It was to be our shakedown cruise of the season — you know, that one you look forward to and plan all winter? Our previous summer's boating season had been cut short by major problems with the port engine, which had taken to billowing black clouds of smoke whenever we turned it on. This season, after large wads of cash had been imparted to diesel mechanics, we were nervous the problem hadn't quite been resolved. So there was a lot riding on this first weekend.

After spending the previous weeks scraping and bottom painting, commissioning the engine, splashing the boat, filling the tanks, and settling her into her summer slip, finally it was time for the first foray of the season, and Ed and I planned to anchor out that Saturday night and cook under the stars in gorgeous spring temperatures.

Don't let droppings remain in the sun on Lexan and other hard plastics. The heat generated by the sun on the dark spots can cause crazing in the plastic under the spots.

We spent an hour or two undoing canvases, loading weekend supplies, and getting portable electronics reinstalled. Just as it was time to cast off the lines, I went hunting for the stowable chart table we used on the bridge. Diving under the canvas on the back deck, I made an unsettling discovery. Inches away from my nose, my widening eyes met another's. We had a stowaway. I dropped the canvas in fright, then lifted it again, slowly. She sat there still as a stone. Mouth to bill we were less than a foot apart. No doubt about it, there was a duck aboard, and judging from the elaborate nest she'd created for herself, she had no intention of going anywhere fast.

I'm Irish, so superstition is a given, and I didn't want to risk bad karma with our already limping engine, plus who doesn't have something of a soft spot for hardworking single moms? Dad's only contribution seemed to be quacking loudly from the water. Ed suffered no such issues. His first thought was to throw her and her feathered, squatting behind off the boat. "Evict her?" I shrieked, wanting no part in such bailiff bullying. This rising conversation all took place less than three feet from the duck, her privacy contained behind the canvas but her ears no doubt on full alert.

By now it was midafternoon, too late to get to our anchorage before dark, and the whole weekend's plans were rapidly unraveling. I reasoned there'd be many more trips where we could make up for lost time. Ed silently fumed. But realizing there was no budging Mrs. Duck (without looking to me like a heartless animal hater), he desperately scoured the Internet for solutions. We called the ASPCA, consulted with others on the dock, and asked colleagues about what we might do to move the duck without sacrificing the family she seemed so determined to raise. There were multiple suggestions, none really feasible.

After several weekends spent sitting on the boat at the dock, waiting for what seemed like the longest gestation in history, we came down one weekend and Mrs. Duck was gone. The nest was still there, but it was clear those eggs were not going to produce anything other than Easter decorations. Before I could make some other stalling suggestion, my husband flew the boat out of the slip far faster than was necessary. And the engine? It ran like a breeze all summer. 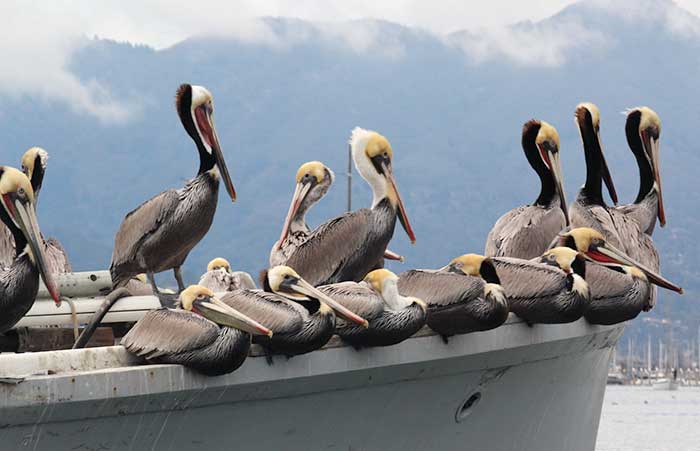 Unwelcome guests can leave more than just a bad taste in your mouth. They can also damage your boat. (Photo: Susannah Clark)

There's no moral to this tale, but we know hundreds, if not thousands, of you are waging your own battles with unwelcome visitors this summer. If you've got a tip for keeping the wildlife off your boat — and we don't mean the rowdy neighbors from Dock H — email it to us and we'll publish the best ones. Magazine@BoatUS.com

Birds: Drops, Not Quite Heavenly

Turns out an extended number of the bird family are more than happy to take a perch, or hover over your boat as though it had a flashing neon restroom sign on it. When it comes to outwitting them, the birdbrain tends to belong to the humans. Some years ago, our BoatUS Seaworthy insurance newsletter sent out a call asking readers what they'd done to discourage our feathered friends from choosing their boat. The results, like the birds, were large and varied. Unfortunately what seemed to work great for one boater had little effect for another, but clearly birds were a big problem. West Marine sells 13 different items ranging from tape that starts at $5, to bird-repelling spikes ($20+), to a multi-speaker system that emits prerecorded distress calls of geese and runs on a loop every 10 minutes, for $150. Also, here are some do-it-yourself ideas:

My Life Changing Experience with a Baby Sea Lion

Rodents: That Which We Shall Not Mention

If you're unlucky enough to encounter rats and mice aboard the small space of your boat, you'll need to outwit the wiliest of creatures with a plan. Apart from being hugely unpleasant, they can become costly — chewing plastic fittings and wiring, and also hoses to thru-hulls, which have been known to sink boats. Here are some do-it-yourself ideas:

This tends to be a West Coast problem, but if you've ever tried persuading an unwanted 300-pound-plus guest to leave your party, you'll know it's no easy task. There's not much to recommend sea lions as visitors. Apart from the mess they leave behind and the noise they make, if your boat becomes party central for a bunch of sea lions, they can sink it. "These guys, if they're on your boat, you've got a lot of scrubbing to do," says Chris Miller, Newport Beach harbor manager. 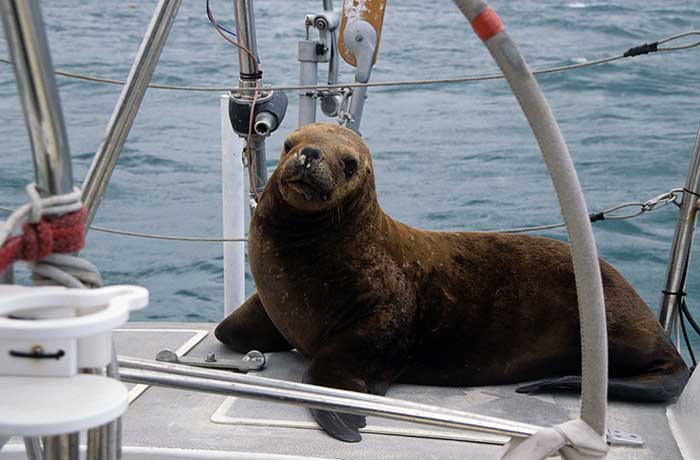 "I've seen them push the door from the swim platform into the cockpit where a lot of people have cushions and canvases, so you get drippings and droppings there, and it can start to smell bad. But the biggest complaint is the barking," says Miller. "At night it's very disturbing." Add to that the fact they live with fish, eat fish, and smell like fish. Like everything else, prevention is easier than cure. Those on mooring balls who leave their boats for extended periods are particularly susceptible. Remember, sea lions are protected by the Marine Mammal Protection Act, which outlaws hunting, killing, capture, and harassment of these animals. Here are other do-it-yourself ideas to deter them:

Ann Dermody is the former managing editor of BoatUS Magazine.