The Future Is Almost Here

Every year at the marine industry trade show, IBEX, the NMMA Innovation Awards recognize manufacturers whose bright ideas will make your boating better. 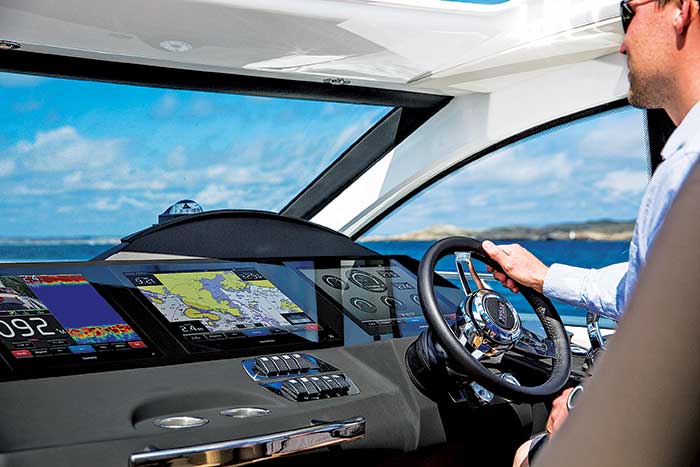 Many of the new products displayed at IBEX, held in Louisville, Kentucky in September, won't be on this year's boats or next year's, but the best will end up aboard new boats in the coming years and will redefine your future boating experience. The Innovation Awards entrants provided insights into the big trends that will shape our boats over the next few years. Let's take a look at the most interesting.

The World At Your Fingertips

Picture standing at your helm with a couple of large flat-screen displays before you. You're about to dock, so you punch the docking option in on one of the displays. The screens split, with cameras looking fore and aft, bottom contours and depth, and the engine instruments including your RPM. Your helm controls automatically switch to the joystick, and you nudge the boat into the dock fully informed and with fingertip precision. The Innovation Award-winning Volvo Penta Glass Cockpit brings together different technologies to create a touch-screen experience that makes docking as easy and intuitive as working your iPad. 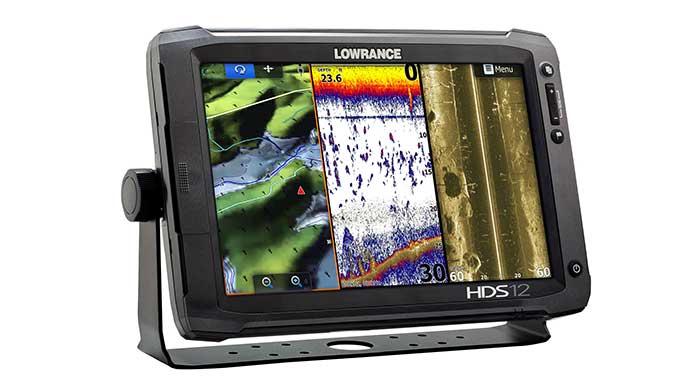 The Glass Cockpit represented the most extreme example of the trend toward integration of controls, ease of use, and intuitive operation that were evident in a host of Innovation Awards entrants. The Volvo Penta Interceptor System and the Yamaha Helm Master both trim powerboats automatically, providing a more car-like driving experience, making it safer to turn the helm over to a less experienced boater. For anglers, the Lowrance HDS-12 Gen2 Touch widescreen color multifunction display brings together the best in navigational and fishfinding technologies, allowing you to scroll back in sonar history for a closer look at bottom structures or fish targets and to pinpoint locations with a waypoint. 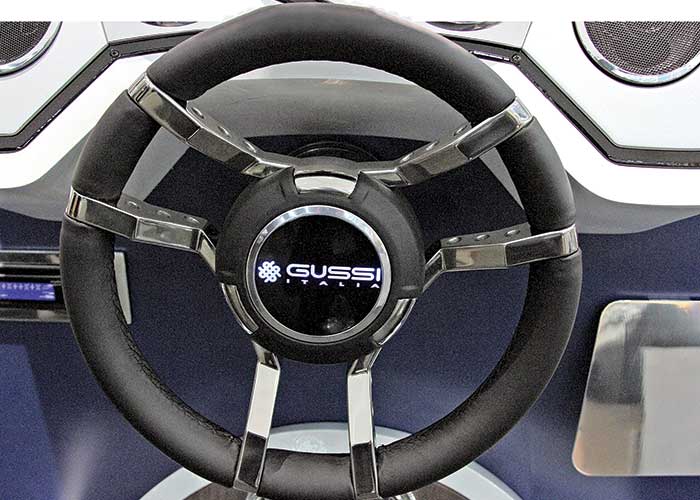 Syntec Industries' award-winning Smart Wheel solved a problem most boaters didn't know they had. Unlike in their car, the steering wheel on their boat doesn't have a horn, let alone controls that can be bluetoothed to a smartphone or radio. That's because boat steering wheels never have had power. The Smart Wheel solves that with a clever electrical connection that doesn't depend upon vulnerable wires. In the years to come, expect to see all sorts of controls on boat steering wheels that allow you to keep both hands where they belong, even if you're talking on your phone or signaling the bridge tender.

Touch control extended well beyond driving and navigation to include smartphone-like controls on the Kenyon International Silken 2 induction cooking system, the Dometic Marine Smart Touch Cabin Control for air conditioning, and a variety of stereo and lighting devices.

Whether it's screen savers, smartphones, or cars, these days it's all about customization and personalization. For instance, now that LED lights have become mainstream for most lighting needs aboard, they're starting to be used to liven up the boat. 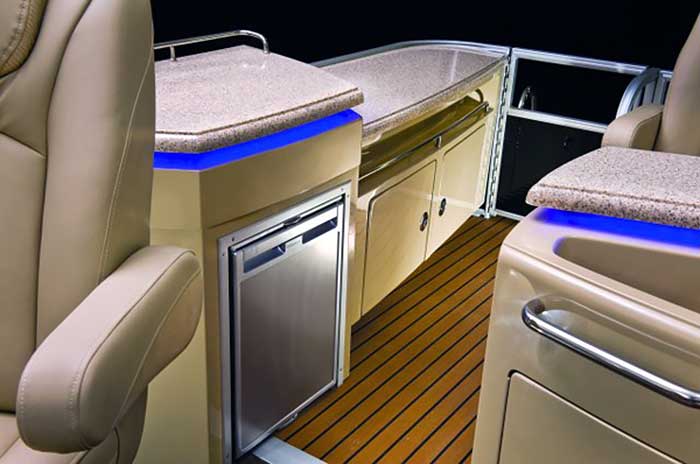 New IBEX products included LED strips that create a soft, continuous accent light (ITC Incorporated's LunaTM LED FlexLight) and an LED multicolor control with a microphone that not only lets you pick your color but also flashes in sync with the music's beat (Audiopipe Marine Multicolor Control). 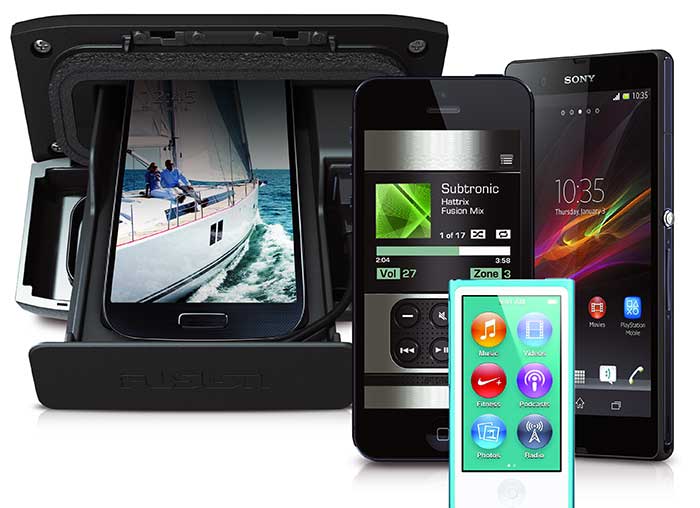 Speaking of music, award winner Fusion Electronics will allow boaters to bring their music with them and plug-and-play when they get onboard. Their Fusion MS-RA205 Marine Stereo has a universal docking device that supports a wide array of smartphones, media players, and USB devices. It takes up almost no space, is Sirius ready, and also delivers AM/FM radio and marine VHF. You can even adjust the volume and balance separately in different parts of the boat so different generations can each hear the music the way they want.

If you like your bling practical, there's the Marine Accessories Corporation Xtreme Bimini (XB). It keeps the sun off like a traditional bimini, but its small footprint makes it easy to install and get around, and the entire bimini top tilts down to allow easy stowage of lightweight water toys.

Have you ever wished fueling your boat could be like fueling your car, where the pump kicks off when the tank is full, instead of allowing fuel to spill out through the tank vents? Clean Marine Systems' award-winning Environmental Valve Vent (EVV) uses carefully designed valves at the tank end of the vents that close when the tank is full. So in the future we can all look forward to refueling with less heartburn over spills. And here are more great ideas. 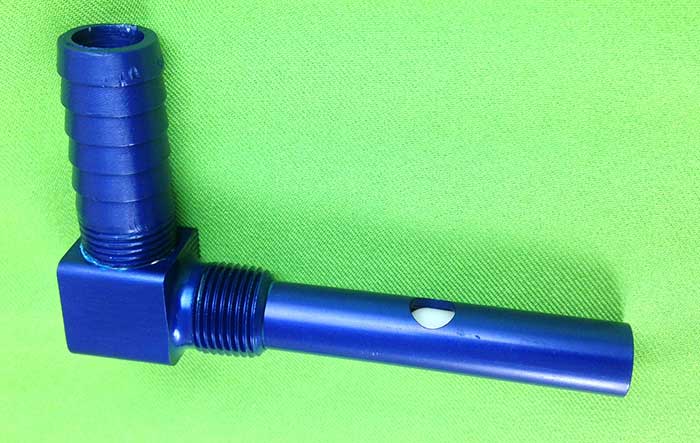 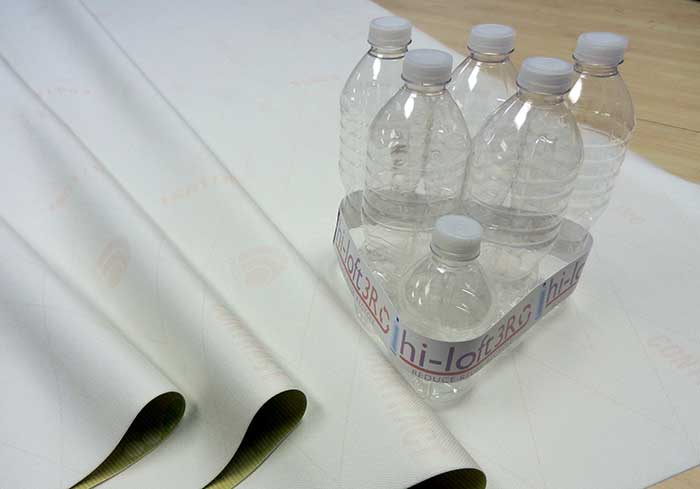 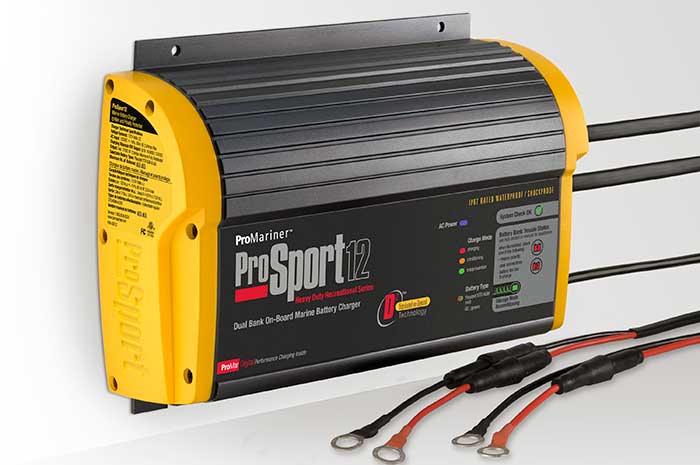 Anyone with a sterndrive unit who's ever had to deal with their lube oil will want Seastar Solution's award-winning Lower Unit Fill/Drain Kit. The five stainless steel bits and keychain tool make it easy to check or change your lube oil without spilling a drop on the ground.

Innovative ideas such as these are how tomorrow's boatbuilders will be building better boats — and that's what IBEX is all about.

Beth Leonard is the former technical editor of BoatUS Magazine.