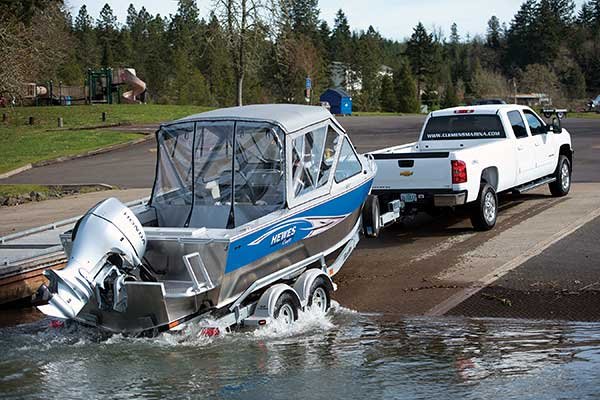 Traction is a valued commodity when a tow vehicle begins that climb up the ramp after retrieving a boat. Spinning rear wheels on a slippery ramp site aren't good. That's why many pickups and SUVs, two-wheel- and four-wheel-drive alike, have "locking" rear differentials that provide an additional level of rear-wheel traction over similar vehicles without the factory option.

In a nutshell, there are three types of rear differentials: open, limited-slip, and locking. Open differentials, which are considered stock, deliver power only to one wheel. On vehicles with locking differentials, both rear wheels are locked together as one. Limited-slip differentials deliver power to both wheels, but not always in equal amounts. The last is the most common on pickups and SUVs. It's ideal around boat ramps, where the extra boost in traction keeps the tow vehicle moving even when one tire begins to spin. They work quite well when new. But limited-slips lose their traction advantage over time — because the friction discs in clutch-type limited-slips wear out by the very nature of their function. When that happens, your tow vehicle has one rear wheel driving instead of two.

Clutch-type limited-slips have two enemies: water and heat. Water impairs the function of differential gear oils and the friction modifiers that are added to the oil. Even though a vehicle's differential looks sealed, water can still get in through the vent tube or from normal condensation within the housing. Submerging the tow vehicle's rear axle housing during launch/retrieval doesn't help. When water degrades the lubricant in the differential, the limited-slip unit's clutch packs take the hardest hit. 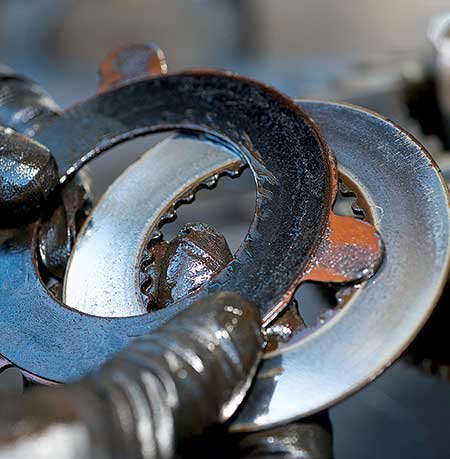 Typical clutch-type limited-slip differentials have clutch packs with friction discs. When those discs wear out or "burn" (producing a black disc), the limited-slip no longer provides the added traction.

Heat also contributes to the breakdown of gear oil and friction modifiers. Differentials create heat when the ring and pinion rotate under load and speed. Increase the load, as happens during towing, and the heat increases. The limited-slip clutches also create heat when working, such as when the rear tires are spinning on gravel, mud, snow, or at the boat ramp. 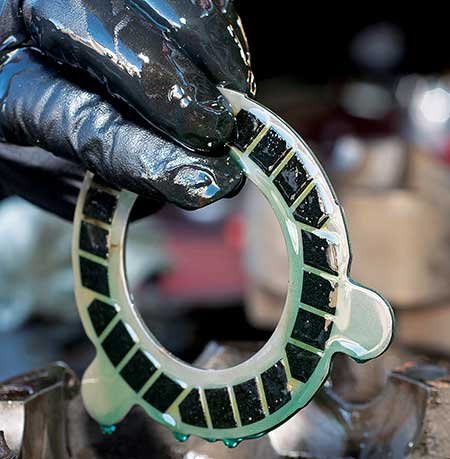 Over time, the combination of water and heat will start breaking down the differential lubricant's ability to do its job. The same goes for the friction modifier that's added to the lubricant to help the limited-slip clutches work inside the differential housing. That's why factory limited-slips in pickups and SUVs used for towing trailers and launching boats on a regular basis typically have a functional life expectancy of less than 40,000 miles. 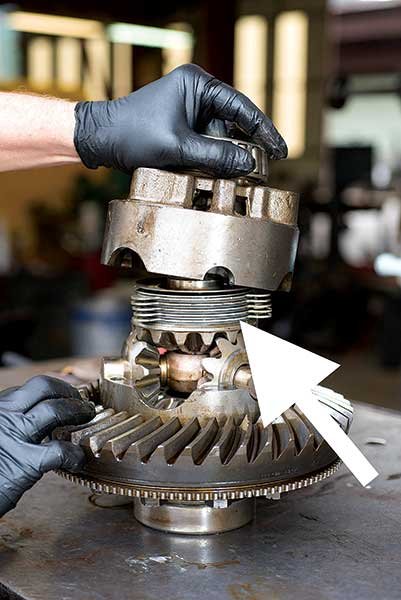 This is one of the two clutch packs hidden inside the housing of a Ford F-250 limited-slip differential.

After that, the limited-slip is working like a stock open differential, doing little if nothing to help provide additional traction. Rebuilding a limited-slip can cost $500 to $1,200, depending on the vehicle and who does the work. The good news is you can help extend the life of a limited-slip with preventive maintenance.

The only way to get another 10,000 or 20,000 miles out of a limited-slip is to be diligent and proactive in maintenance early on. Boat owners who tend to back their vehicles' rear tires into the water should drain the rear differential fluid at least at the end of every boating season, making sure that:

If there's water in the gear oil, and everything else appears to be OK, refill the differential with the recommended lube per the owner's manual. Then add the recommended amount of limited-slip friction modifier to keep those clutch discs happy and working properly. The additive is available at most auto-parts retailers, online, and at vehicle dealers.

Is your tow vehicle's limited-slip not working like it should? Sometimes a "weak" limited-slip can be helped by just draining the differential and refilling with new gear oil and the correct amount of friction modifier specified in the owner's manual. Another tip: Don't use a synthetic gear oil unless it meets your vehicle's specific requirements for a limited-slip.

If the differential lube has a burned smell and/or has metal particles in it, there are more serious issues. This is most likely to show up on older, higher-mileage pickups and SUVs that haven't had the limited-slip differential properly maintained. In that case, a differential rebuild or replacement is probably in order. That's when it's a good time to head to a certified repair shop or local auto dealership to have them take a closer look and make recommendations. If you take care of your tow vehicle's limited-slip rear differential, those trips up the boat ramp will be easier, as will other challenging driving situations in which traction becomes an issue.