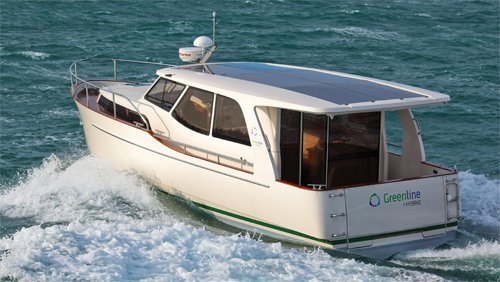 The Greenline Hybrid is equipped with both a VW diesel and electric motor, so it can run silently up to 6 knots, or up to 15 knots on diesel power.

The electric/hybrid boat market is heating up with new models as well as repower options. Should your next boat be a hybrid?

The phrases are familiar now, and promising: "green, smaller carbon footprint, hybrid," and so on. We've seen the growing success of hybrids in the automotive market, and we're starting to see the same trend when it comes to boats. So what are the things a potential buyer should know? Could a hybrid fit the way you boat?

The concept of hybrids at sea isn't new. WWI submarines used a diesel engine by night to charge batteries for electric propulsion underwater by day. Hybrid means anything that supplements a traditional combustion engine, be it gasoline or diesel. The supplement can be done in one of two ways: Parallel or Serial. Let's look at the distinctions:

The prime mover is an electric motor supplied by a substantial battery bank of any type. A generator is optimized purely to charge the battery bank. The generator control can be automatic; starting and operating based on need without the captain's intervention, or manual where the captain decides when he or she would like to begin the charge cycle. These installations typically also include provisions for charging with shore power, solar, or wind.

The prime mover can be a combustion engine or an electric motor. Both drive the same prop shaft(s). Generally the installation will look like a traditional combustion engine but include an electric motor component between the engine and transmission. The key to this technology is the clutch system. You may be able to shift on the fly, seamlessly changing from combustion to electric with the touch of a button; though some require the engine to come to a complete stop before switching to electric. Charging batteries is carried out by the engine through advanced controllers and in some installations is supplemented by large solar panels.

This option lends itself to planing boats that need power to get out of the hole but can switch to electric while on plane. It's also a popular option in five- to seven-knot boats. These units are also being marketed as direct replacement refits, with additional battery power, of course!

Unlike Cars where the Hybrid version can cost up to 50% more than the base model, upgrading to an electric motor on a Hunter 36 only adds around 2% to the cost of the boat.

Where Do I Start?

Let's imagine for a moment how the move to a hybrid boat would change your approach to boating. Consider a typical cruising day, leaving the dock and navigating through the mooring field and buoyed channels under electric power only, silently, without having to yell over the drone of the engines. Once out in the open, you'd switch to the combustion engine for higher speeds and battery recharging. Arrival at your anchorage allows you to switch to electric to find the perfect spot and set the hook. The evening never requires the use of the generator, because the combustion engine charged the battery bank during the trip. In the morning, depending on the battery bank and usage, electric power can be used to pull up anchor and head silently past your neighbors and out to open water. 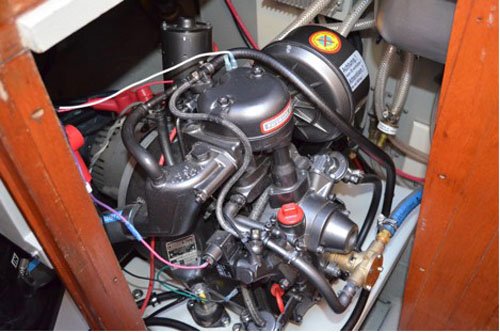 This scenario describes a parallel (one shaft, two motors) installation. A perfect example of this type of boat is the revolutionary Greenline Hybrid. A parallel installation, this boat has been designed from the keel up for hybrid use. With a new "super-displacement, low-drag" hull, Greenline claims this boat moves through the water more efficiently than a conventional hull. Top speed is advertised at 15 knots with the ability to cruise at three knots or so on the integrated solar panels (with the help of abundant sunshine).

The Greenline is available now, as are sleek runabouts and tenders from Austrian boatbuilder Frauscher, whose boats feature Steyr diesel-electric motors and Mastervolt batteries. Other major boatbuilders have displayed hybrid options at boat shows all over the world but many are still prototypes. The benefits are the same, automated or manual choice of electric or traditional propulsion and plenty of power for the onboard needs of the boat owner. Whether you're a go-fast boater or a displacement cruiser, there are systems that can meet your needs.

Building on the advantages of the perfect boating day is the serial option, which has only an electric motor driving the prop shaft — such as Hunter's e36 sailboat. A conventional generator exists purely to charge the battery bank for the electric propulsion. Solar or wind generation can be added.
Electric-only motors are becoming a very popular re-fit option for several reasons. One substantial benefit is the difference in weight. Even considering the battery bank, a typical installation of an electric motor and the generator can weigh 20-30 percent less than the diesel they replace. There's no transmission with this installation; the electric motor is simply reversed, saving weight and another fluid to check and change.

Recently I had the unique opportunity to crawl around one of these refits, installed by Propulsion Marine from Santa Barbara, California. The decision to install this system resulted during a complete re-fit of a classic boat and the owner's reluctance to install a traditional diesel. The first obvious change was to the physical space itself. A normally cramped engine compartment now contained a small one-cylinder diesel, electric-drive motor (about the size of a five-gallon bucket!) and an array of controllers, wiring harnesses, and switches. Batteries were (MIKE, where?). In addition to the normal benefits of hybrid propulsion, Propulsion Marine's customers notice an increase in top speed and cruising range along with the joy of silent running. This installation has the ability for remote troubleshooting (Wi-Fi dependent) and upgrades should they be needed in the future. The serial option is optimal for low-speed displacement boats, and is an extremely attractive option on sailboats. 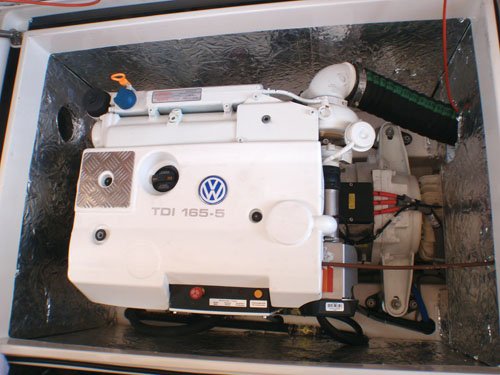 A 165-hp common-rail diesel from Volkswagen coupled to the electric motor in the Greenline Hybrid is a perfect example of a parallel-hybrid system.

The common elements with all these installations are large, expensive battery banks. In many cases these are not the 12-, 24-, or even 48-volt systems we're used to. While several manufacturers are designing to 48 volts, others are using 120, 250, and even 400 volts or more. These are not systems you'd want anyone other than a trained technician to diagnose and repair.

Charging can be accomplished in many ways, but the important thing is battery management. Parallel systems can be fitted with smaller banks because the combustion engine can drive the boat as necessary, while the serial method needs enough juice to get you the entire distance. In order to optimize the performance and lifespan of these large DC power plants, the charge method is of utmost importance. The charging characteristics are custom programmed for the banks they're serving. High-end charge controllers have the ability to take almost any source of energy (shorepower, alternator, solar, or wind) and turn it into the correct output for the battery bank. 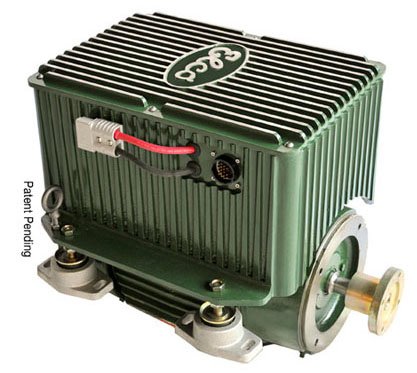 This Elco electric motor is designed to replace the diesel auxiliary in 30- 40- foot sailboats. It is an option in the Hunter 36.

By design, these systems connect many components that need to work together, which generates a wealth of information. Some gear-head boaters, like yours truly, would like as much information as possible; some just want the silence. Make sure the option you choose has the ability to hide or display the information you want.

Part and parcel of the responsibility of these new systems is safety. The user must never come into contact with these voltages. The key is to build it right in the first place and never need to utilize built-in safety protocols. The world of standards is catching up with technology. The American Boat & Yacht Council published a document titled "TE-30 Electrical Propulsion Systems" in 2009 and the ISO and IEC international standards groups are working on a document as you read this. When researching one of these innovative products, ask, "To what standard was this product designed and built?" Some builders are ahead of the marine standards curve and building to an electric train/light-rail specification, others pay close attention to the automotive market.

The hybrid boat market is gaining traction. At the Marine Equipment and Trade Show (METS) this year, more and more companies were displaying systems, system components, and battery technologies that were suited to the propulsion market. The decision to invest in a hybrid boat must take into account your boating preferences as well as the technical advantages and maintenance issues. The market is substantially supplying and backing this exciting technology. The more time passes, the more players will enter the arena, the more the prices will come down, and the more choices you'll have.