When a storm is headed toward your marina, having a plan ready to follow—and ensuring your customers know what that is—is essential. 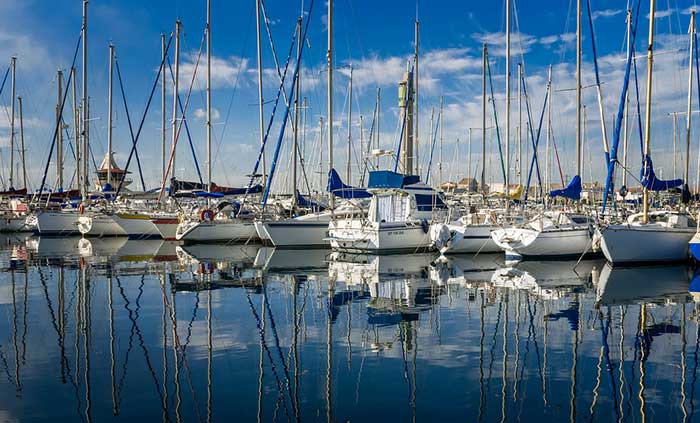 If your marina, boatyard, or yacht club is located in an area that sees hurricanes, even rarely, it's important to start your planning well before hurricane season starts. Hurricane season runs from June through November, peaking in August and September (though some storms occur earlier or later), so you need to have your hurricane plan written and distributed to your marina staff and customers at the start of boating season in the spring. You'll also want to get your customers' personal hurricane plans in hand at the same time so you can make sure both plans work together.

If your marina or yacht club doesn't already have one, consider creating a "hurricane club." Your customers pay a (usually nonrefundable) deposit in the spring in return for priority hauling should your marina or club be in the path or cone of a NOAA-named storm that year. This will allow marina staff to have a solid plan sketched out about what boats to haul, where you're going to put them, and the best ways to secure them, because time will be of the essence once a storm is named.

For those customers insured with GEICO | BoatUS Marine Insurance, all policies include Named Storm haulout reimbursement, which reimburses the insured 50% of the cost of labor, up to $1,000, to have the boat professionally hauled or prepared.

Want to know where to start creating your marina or yacht club hurricane plan? Below are a few well-thought-out hurricane plans that can be adapted to your own facility's needs.