Ott DeFoe: Catch Them If You Can 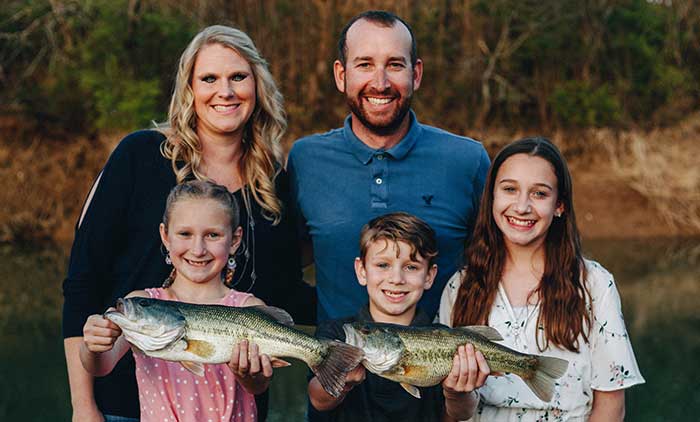 For some lucky people, an epiphany about their career destiny comes early. For professional angler Ott DeFoe, his mind was made up as a 9-year-old.

"My dad enjoyed fishing and the outdoors, just like my older brother and stepbrother," says the Tennessee native. "We took a family trip to Lake Okeechobee to bass fish, and by the time we came home, I'd decided I wanted to be a bass fisherman. I didn't know what that meant, but I fished my first tournament at age 9."

DeFoe, now 34 and a BoatUS member, became a hot prospect, winning the Bassmaster Rookie of the Year award in 2011. Last year, he won the GEICO Bassmaster Classic Championship, considered the "Super Bowl of bass fishing," and its $300,000 prize.

"It was a dream come true having been to the event so many times as a kid," he says. "It's why I wanted to become a bass fisherman and make my living at it."

Beyond fishing more than a dozen Major League Fishing Bass Pro Tour events each year, hosting the "Hunt for Monster Bass" on the Outdoor Channel, featured regularly on the Bass Pro Shops television show, and appearing at events across the country for his sponsors, DeFoe says he's on the go much of the year.

When he's home in Knoxville, DeFoe can usually be found on the water, but with his wife Jennie, their three children, or his dad. His personal boat is a Tracker Grizzly aluminum jon boat decked out for fishing, with a Mercury jet drive outboard system.

"I like to take my kids out, show them some tips, catch some fish, and just have a good time," he says.

As a professional, he ranks the excitement of going to a new fishery as one of his favorite parts of the job. "Trying to understand the fish and understand what's going on under the water is a thrill."

Weekend anglers may think the pros have no time for their questions, but DeFoe says the opposite is true. "One of the fun parts of my job is interacting with other anglers who want to learn a new technique, or somebody who's a novice and just wants to know how to go on the water and catch fish," he says.

"In fishing there are so many variables that the thought of a perfect day never crosses my mind — it can always be better," he explains his philosophy. "Even as great as the best days are, you feel you can always top it. You'll never have a perfect day of fishing unless you catch every fish in the lake, and I haven't done that — yet!"