The 2020 Atlantic Hurricane Season Is Heating Up

Make sure you have your plan set because the latest prediction calls for an above-average season with 25 named storms and 9 hurricanes. 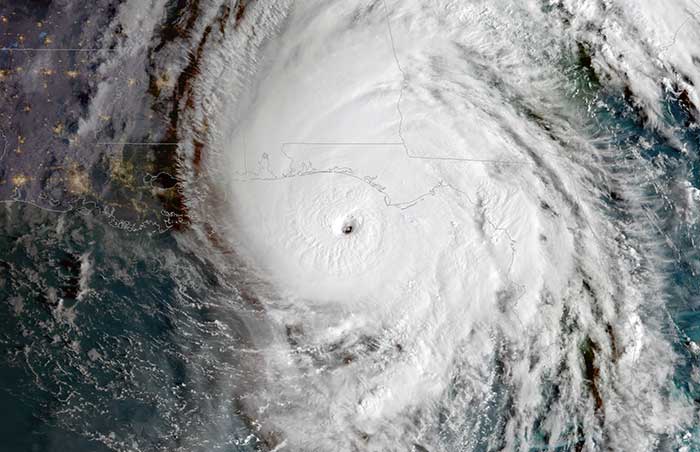 Outside of Hurricane Dorian, which raked the Bahamas, the eastern Florida coast, and Cape Hatteras, the 2019 Atlantic hurricane season ended with a collective exhale from recreational boaters, despite 17 named storms. The 2020 season is shaping up to be a different story.

Colorado State University has issued forecasts of Atlantic basin hurricane activity for more than 36 years and is considered a premier research center for hurricanes and tropical storms. In August, the CSU Tropical Meteorology Project team upped its prediction of named storms for 2020 from 20 to 25. As of press time, the young season (June 1 through November 30) has so far produced five tropical storms, with two hitting the U.S. so far. This was the earliest fifth-named storm on record — normally we wouldn't see that many until the end of August.

"Current cool neutral ENSO [El Niño/Southern Oscillation] conditions may transition to weak La Niña conditions by later this summer," the meteorologist team said in a statement. "Sea surface temperatures averaged across most of the tropical Atlantic and subtropical Atlantic are somewhat above normal. We anticipate an above-normal probability for major hurricanes making landfall along the continental United States coastline and in the Caribbean."

Hurricane Dorian made most of the news in 2019 as it struck the Bahamas as a massive Category 5 storm with winds up to 185 mph before raking the eastern Florida coast and making landfall at Cape Hatteras. The tenacious storm didn't dissipate until it was near Greenland. Fortunately, BoatUS insureds were prepared for the winds and flooding, and damage was minimal.

The 2019 season was predicted to be below normal, yet there were 18 named storms, tying it for the fifth most active ever, another reminder not to put too much stock in early season forecasts and to have a hurricane plan ready. Even though the 2019 hurricane season broke several record, boaters were truly lucky; slightly different weather patterns could have made things much worse for boaters:

Get Your Plan In Place Now

While we were lucky in 2019, it's important not to be complacent this year. It's not likely there will be such a mild hurricane season in 2020, so before things ramp up even more, make sure you have a hurricane plan in place and know how to use it.

Visit the BoatUS online hurricane center to find helpful articles and videos on how to create a hurricane plan, find a safe marina, prepare your boat to survive the storm, and more.

The BoatUS Catastrophe (CAT) Team has more than 30 years of experience in what works — and what doesn't — when it comes to protecting your boat in a hurricane. They'll tell you it all comes down to the "three P's": preparation, preparation, and preparation.

If your boat is located in a storm-prone area, don't wait for a named hurricane to be headed your way before your start preparing. To help make planning simple, we've gathered our CAT Team's collective knowledge all in one place. Visit BoatUS.com/Hurricane-Prep to access articles, videos, worksheets, and guides that will walk you step-by-step through the process of what to do before, during, and after a hurricane comes knocking.

Then if luck does indeed favor the prepared, you'll be back out on the water that much sooner.