Walter "Skipper" Gentry: Call Of Duty In The Bahamas

A charter captain makes a difference by helping storm-ravaged Bahamians — one generator at a time. 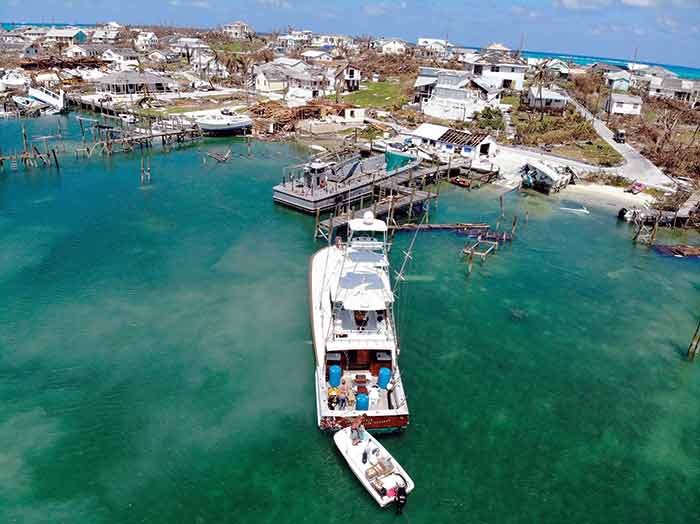 On September 1, 2019, the eye of Hurricane Dorian made landfall on the Abaco Islands. Packing sustained winds of 185 mph and gusts up to 220, the storm pummeled the popular island chain for more than a day. When it finally moved on, the remnants left behind were no longer the Abacos known and loved by boaters. The islands were completely defaced — the airport under water; homes, docks, streets, hotels, and restaurants were destroyed and, in many cases, erased. Locals were in desperate need of help.

Capt. Walter "Skipper" Gentry and his mate, Clay Gaffney, rode out the storm in nearby Nassau aboard Carolina Gentleman, Gentry's 60-foot custom sportfisherman, for nearly two days. They watched the same reports the rest of the world saw online and on their televisions. The boat was tied up fewer than 100 miles from the Abacos, but the effects of the storm were worlds apart. While life continued pretty much uninterrupted in Nassau, the Abacos were on life support.

Originally from Morehead City, North Carolina, Gentry started fishing in the Bahamas in 2011. He immediately fell in love with the islands and communities. In 2018, he bought a piece of land on the northern tip of Andros and began building his dream fishing lodge on the secluded section of waterfront property. But when Dorian hit, Gentry knew he had to shift his efforts to help the people of the Abacos. He took to social media, set up a GoFundMe page, and put a plan into action.

"We knew it would be days before anyone from Florida could run over to the Abacos," Gentry says. "We had all kinds of people contacting us, asking us to check on their loved ones."

They began putting together kits with basic supplies: water, food, tarps, hammers, and nails. His friend Bri Andrassy, a nurse and trained medic, came along, and they headed out into the unknown.

It's pretty rewarding, seeing the goods go to people directly.

Three days after the storm made landfall, Carolina Gentleman pulled into Marsh Harbour. "We found some people we needed to find," Gentry says, and he was able to relay that good news back to their families. Other times, he had to send back sad realities. A compound on South Tilloo where a family lived was simply gone. No house. No signs of life. Man-O-War Cay looked like a war zone, with cars sitting on their sides and deeply-driven pilings flipped over like toothpicks.

The devastation was hard to witness, but the smell of decay was the worst part. "I will never forget that smell," he says. Still, they didn't turn away from the tragedy, working with locals and dealing directly with people instead of red tape.

In Coopers Town, they found two guys sitting on a wall having a beer. "They were telling us about the storm, and one of the guys said he had a deep well but only had a little generator that wasn't powerful enough to bring the water up. If he had a larger generator, he said he could give the small generator to a buddy and have water for other people." Gentry brought him a generator and cases of water. "He was so thankful. These people weren't expecting to get anything, and you see their real motives and personality come through."

Gentry shared photos of his work on social media, and donations to his charity ballooned to $74,000 before he shut it down because it was becoming overwhelming. He stayed focused on buying supplies, bringing them to those in need, and returning with people (and in many cases, their pets). Gentry and his friends evacuated 11 people in those early days. As officials cleaned up the harbor, the ferries came in and then the airport reopened, so people could evacuate more efficiently.

"My thing was wanting to be on the ground first, to get to people as soon as we could," he says. "We didn't want to hand out money, which was pretty much useless in those early days. We wanted to distribute tools and goods." 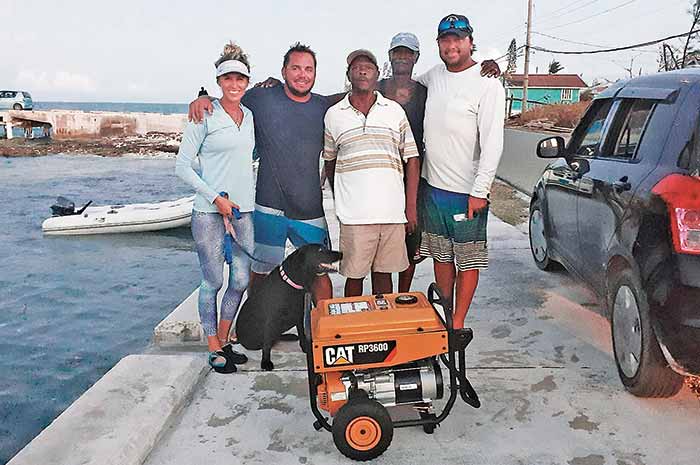 Immediately after Hurricane Dorian hit the Abacos, Skipper Gentry loaded up his sportfisherman with generators, water, clothing, and home goods to help survivors on the decimated islands. (Photo: "Skipper" Gentry)

By mid-September they had delivered several hundred tarps and 40 generators. More generators were delivered by a plane owner who donated its use. Gentry also called on some of his friends in the fishing industry, and SaltLife rose to the occasion, shipping more than 3,000 shirts to those who relocated. Gentry worked directly with communities that have taken in refugees from the storm to supply them with goods they needed. Using the last of the GoFundMe money, he was able to ship two container loads of home goods. He also supplied computers and printers to a local school that didn't have enough equipment for the influx of new students.

"It's pretty rewarding," Gentry says, "seeing the goods go to people directly. The look on their faces. The tears of joy."

It will take many years to rebuild the Abacos, and Gentry hopes the Bahamian government uses the money collected from the relief efforts to employ out-of-work citizens to rebuild the country.

"Volunteering is awesome, but if we took guys who are displaced and hired them, and that money went back into the economy, then you'd see something truly good come out of something so devastating."

Charlie Levine is a lifelong angler and boater turned marine journalist with multiple publications. He is currently the editor and publisher of fishtrack.com, a website that provides anglers with tools they need to help them catch fish. He is now grooming his sons Maxon and Cooper to be his angling buddies.