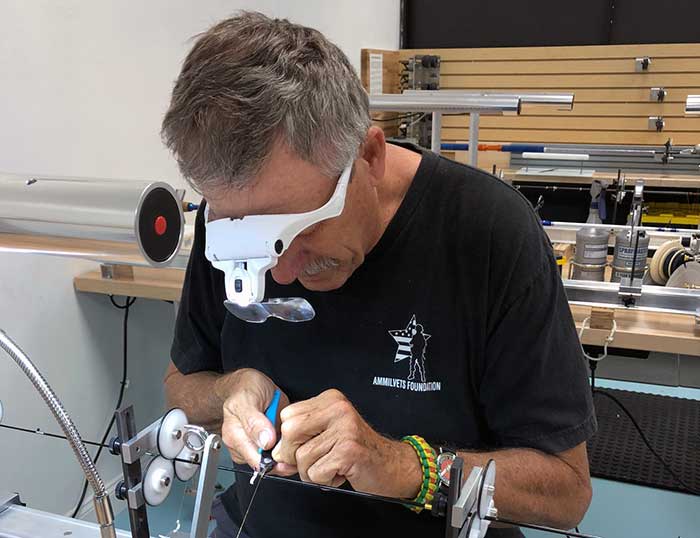 Dave Tucker, retired Marine and Vietnam POW, works on one of many rods AMMILVETS donates to support other ­local charitable organizations in southwest Florida.

Florida's permanent population includes more than 1.5 million military veterans, which swells to even higher numbers during winter months as snowbirds take flight to enjoy the sun, sand, and all that Florida has to offer — especially boating and fishing.

"My wife, Judy, and I have always been avid boaters and fished most of our lives," says Dave Souders, president of the American Military Veterans Foundation (AMMILVETS). "When we moved from Delaware to Florida, it became even easier to use our 2005 Shearwater 22 flats boat and to enjoy our time on the water. We also thought about how we could share the experience with other veterans to help them get acclimated to life after the military.

"As a retired Marine Corps and Air Force veteran, I have a personal understanding of the difficult life situations experienced by disabled veterans when they return home," says Souders. "Judy and I decided to turn our passion for boating and fishing into a resource for helping wounded warriors realize they are still capable of enjoying an active lifestyle after their life-changing injuries." 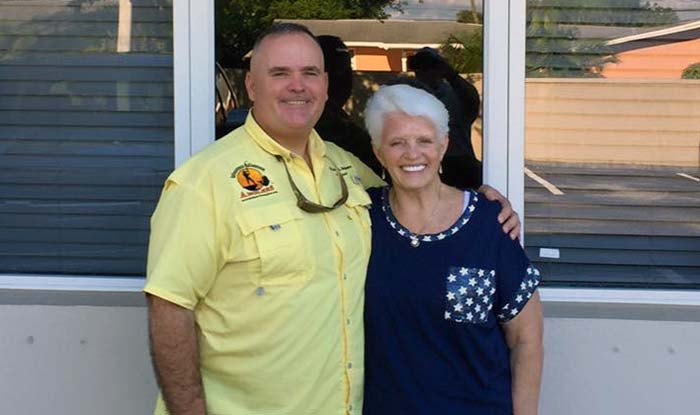 In 2010, the couple founded AMMILVETS. Their primary intent was on taking veterans with post-traumatic stress disorder (PTSD) fishing as a form of therapy — allowing them to focus on something other than issues that may have followed them home. They adopted the slogan "Changing lives one warrior at a time." A number of local sponsors have signed on to support the organization, including TowBoatUS Coral Springs.

As the foundation grew, so did its therapeutic offerings to vets. "As membership increased, it became apparent there was a need to add alternative therapy programs that would have a similar positive effect for our veterans," says Souders. In 2015 they launched the Southwest Florida Rod Crafting Program.

Rod crafting was chosen as an alternative therapy because it offers veterans an opportunity to focus their minds for fairly long periods. Students are surprised to find themselves working on a fishing rod for a day or two, hardly noticing the passage of time. Many vets even come back to build additional rods.

Tate Hutchinson, a retired Army Airborne veteran, started out as a student and now supports the organization by teaching other students. He also builds custom rods for sale and rods to be donated to a variety of local charities AMMILVETS supports in southwest Florida communities.

"In addition to building my own high-quality fishing rod, the program allows me to clear my mind by focusing on something enjoyable," says Tate. "Many times you're also there with other vets who share similar military experiences and who ultimately become new friends."

The program allows me to clear my mind by focusing on something enjoyable.

While originally designed as an alternative therapy for veterans, in late 2017, the rod-crafting program was made available to the general public. The program is currently the only one of its kind throughout southern Florida, offering several classes a month. The three-day sessions give anglers the freedom to design and build custom fishing rods that can be used to catch bass, crappie, grouper, redfish, shark, snook, tarpon — whatever species desired.

Each session consists of two to four students and is mentored by seasoned rod builders who provide the hands-on instruction. Souders, who's been building rods for three decades, is often floating around the classroom offering his expertise or showing students nuances to really customize a rod. 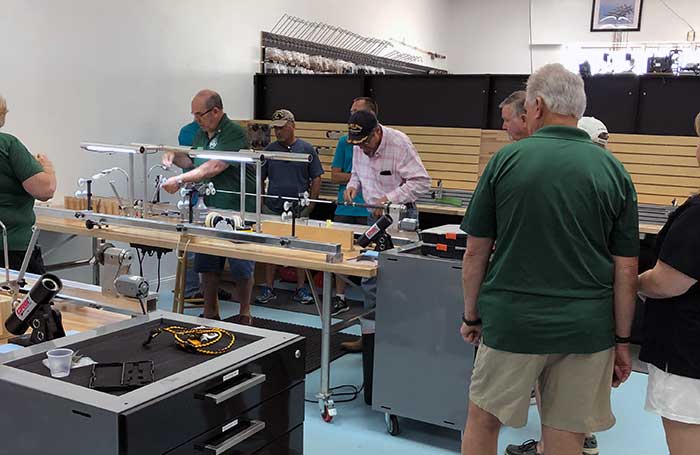 Class is in session. Students work on building their own fishing rods while future students look on.

All materials required to build a high-quality custom rod, including step-by-step manual, are available and included as part of the kit each student receives at the start of the program. The special equipment necessary to core out handles, tie guides, apply epoxy, and finish rods are available to returning students free of charge. All other equipment, such as rod cores, guides, handles, and such are available for purchase at the retail shop adjacent to where classes are held.

"Southwest Florida is one of the top fishing locations in the state, maybe in the country," says Ralph Camp, Navy veteran and director of the rod-crafting program. "Most anglers in the area know there are certain lures and baits to use for the various species. Then there are those who want to use the proper fishing rod for each species. As the saying goes, 'If you want something done right, do it yourself.'" 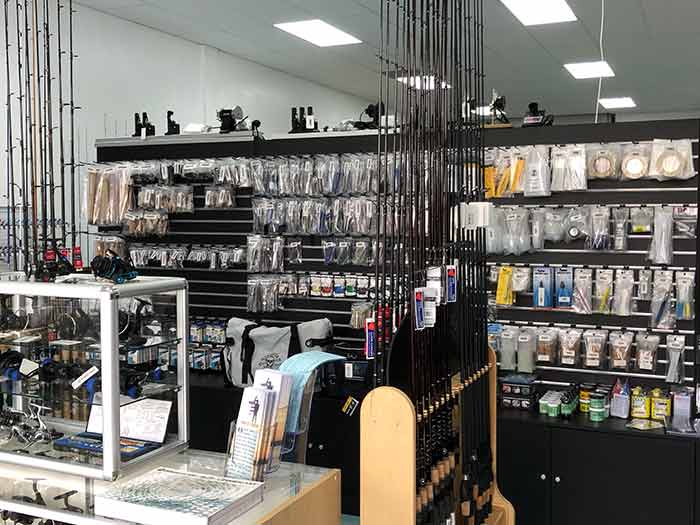 The retail store has everything needed to build any kind of fishing rod.

Currently, the fee for each nonveteran adult is $200. It's $100 for children under 16, veterans, and first responders. Fees for the classes are used to purchase rod-building materials and subsidize the cost of other program for veterans. Since its inception, nearly 200 individuals, mostly veterans, have completed the rod-crafting program.

Additionally, as part of its continuing community outreach efforts, the foundation has donated dozens of customized fishing rods built by veterans for charitable fishing events in the area.

Rod-building teachers, as well as all AMMILVETS staff, are unpaid volunteers, which allows more than 92 cents of every dollar raised to be used to fund the organization's programs. For information, contact Ralph Camp at camprcampr@ammilvets.org or Dave Souders at soudersdsoudersd@ammilvets.org, or call (239) 210-5032. ammilvets.org

Rich Blasi is an AMMILVETS volunteer.