Here are some facts from BoatUS to help you decide if buying a service contract, sometimes referred to as an "extended warranty," makes sense for you. 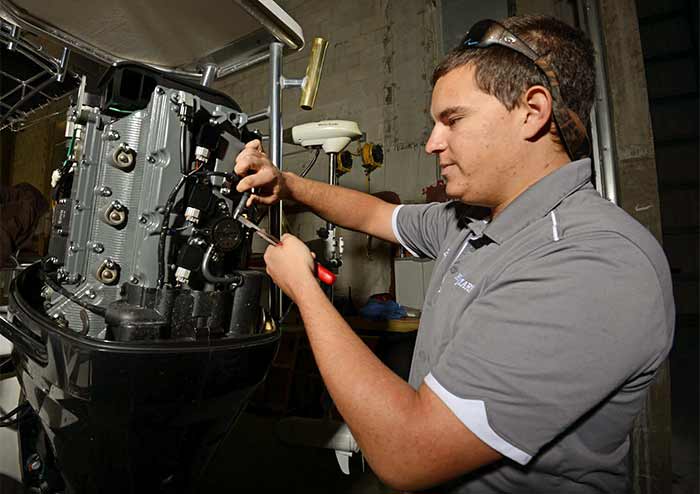 Extended service contracts may or may not be a good value depending on your situation and who is underwriting it.

FACT 1. Extended "warranties" aren't really warranties; they're service contracts. A true warranty offers broad coverage and has the weight of state and federal warranty laws behind it. Service contracts, on the other hand, are really insurance policies generally underwritten by third parties, not manufacturers, and are regulated as such in most states.

FACT 2. Service contracts have limitations that true warranties don't. A service contract may cover a broken alternator ($650), but it probably won't cover consequential damage (when one part causes another to be damaged). So, for example, it won't pay if the alternator damages the engine control unit ($1,300), leaving an owner to pay the difference.

FACT 3. Having a service contract won't protect you from out-of-pocket expenses. Service contracts, like health-insurance policies, usually come with deductibles, often between $25 and $50 per incident. Many contracts don't pay to remove the engine from the boat or have the boat hauled if it's required for repairs, so there may be additional expenses for that.

FACT 4. Most service contracts aren't backed up by manufacturers. Third-party insurance companies usually write the contracts, and manufacturers and dealers typically won't step in to help if there's a problem. On the other hand, factory-backed programs have agreements with their dealers; the factory is ultimately responsible, so you should expect better service when there's a problem.

Download the BoatUS Buyers Guide PDF to read this article and the entire guide.

FACT 6. Service contracts are moneymakers for dealers. Some contract plans administered by independent companies allow retailers to mark up contracts more than 100% over the actual cost they pay to the service-contract company. Don't forget, though, that service-contract prices are a negotiable part of the sale.

FACT 7. Independent service contracts require preauthorization before starting repairs. While that's fair, some companies may require you to use their network of shops, just like healthcare PPOs, and there may not be a facility in your area. Manufacturer-backed service contracts usually perform more like warranties — simply bring in your engine for service, and the dealer takes care of all the paperwork and billing.

FACT 8. Most service contracts are transferable, for a fee. A new owner may need to pay a prorated amount of the contract. In that case, the seller may get a refund of the same amount, which can be used as part of the negotiations.

FACT 9. You may be able to cancel the contract within 30 days of buying a boat. Typically, you'll pay a prorated amount plus a fee. Some companies apply the "rule of 78s," which is a complicated formula that ends up costing consumers big bucks. Review the company's contract to see how it works.

Most defects in new boats and engines show up within the warranty period, so spending money up front on a service contract may not make sense. Consumers also need to look into the reliability history of their vessels and engines. Some models with higher-than-average problems might necessitate an extended warranty