A father who made boating a family affair leaves an outsized legacy. 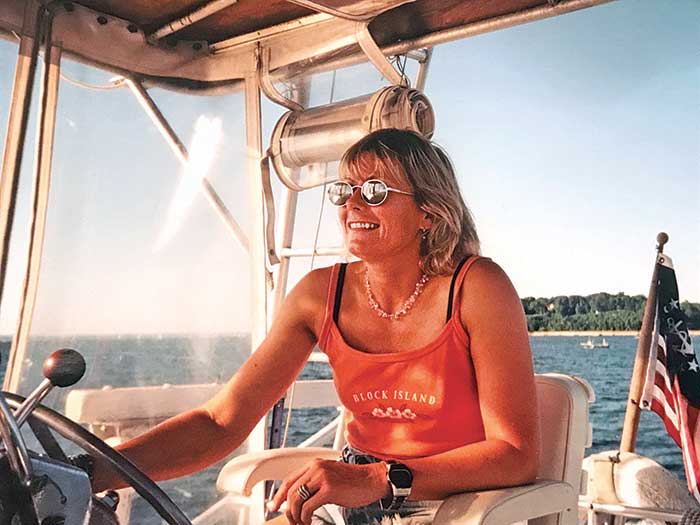 Four daughters in four years. Larry DeGeorge liked to do things in a big way. Kathy, Patricia, Beth, and Alice came into the world after DeGeorge wooed his future wife Una on a 27-foot wooden boat in Eatons Neck, on New York's Long Island, in the late 1950s. As the family grew, the boat got too small, so DeGeorge bought a 32-foot lapstrake Chris-Craft. Then in 1973 DeGeorge bought a 41-foot 1961 Hatteras, replacing the leaky wooden vessels with one of the earliest fiberglass-built boats.

The family spent weekends and summer vacations aboard La Una (named for Larry and Una), cruising to New York, Connecticut, and Massachusetts. The girls grew up with boating in their blood and eventually convinced Dad to buy them a 15-foot 1976 Boston Whaler. The sisters would travel in the Whaler, following the big Hatteras to Montauk, Nantucket, and Mystic Seaport. 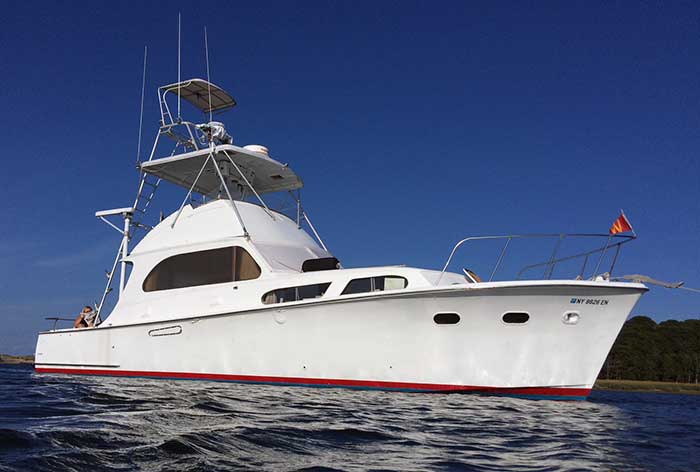 Beth DeGeorge (daughter #3) recalls the excitement of being on their own, yet close to the mothership. "Fog, 8-foot seas, running out of gas, and nearly capsizing were all just part of the adventure," she recalls. Almost nothing stopped the girls traveling behind in the Whaler. "Dad always encouraged us that we could handle it — and he was right," says Beth. Dad had another secret purpose for the Whaler, she adds. It was to keep the girls interested in boating as they became teenagers, and it worked. "The entire family couldn't wait for these trips, even as we got older," says Beth.

"Dad had a gift to take on huge projects," Beth says. After he retired in 1986, DeGeorge unscrewed La Una's flybridge, cut it in two with a jigsaw, cut out the helm and put all the pieces in a trailer and took them home so he could build a larger one. "The Wyncote Yacht Club members thought Dad had gone mad" says Beth. But over the winter, he read books and articles on fiberglass construction and Imron painting, and finished the project, even adding a hard top and marlin tower to La Una. In 1992, he repowered the boat with diesels so he could take his lifelong dream trips to Key West and the Bahamas, and as far north as Nova Scotia. DeGeorge spent most of the cold season in the south with his wife. "Dad was living his dream," says Beth.

Then tragedy struck. DeGeorge died in 1999, and all of the boating patriarch's knowledge went with him. The question of what to do with the boat was difficult. La Una was part of the family. "Parting with the boat was as unbearable as parting with Dad," says Beth. The girls inherited the boat, but it was Beth who decided that there was no way they could part with it and insisted they not sell the boat.

But while Beth could operate a Whaler, it was her dad who was in charge of La Una, and she had little knowledge of the boat's systems and how to run her. As her father was dying, Beth says she had only five minutes to ask him about the boat. "All I got was where the 12-volt switch was and what the engine's temperature and oil pressure should be," says Beth. "And he said of the boat he loved, 'Don't let the boat be a burden to anyone'"

Everything about La Una was my Dad.

Fortunately, when DeGeorge's old friend Mickey saw that she really intended to keep the boat, he offered to help show her the ropes. But it was Beth who did all the work, learning how to paint the bottom, sand and varnish, and winterize the boat. The first trip was to the marina to be hauled out for winter. While it wasn't smooth, it was a sign that she really could learn La Una's ways.

The first trip out with Beth's mother and sister was a challenge. "The engine overheated and the bilge was full of antifreeze," she says. Other times, a leaking stuffing box almost sank the boat, the toilet broke, and the original cabin heater burst into flames, which almost made her sell the boat. She persevered.

Today, Beth, who became the first female flag officer at the Wyncote Yacht Club in Huntington, New York, takes her mom (now 83) and sisters out on the boat regularly. La Una has been in the family for 46 years now and, as before, she's a gathering place for family and friends. Not long ago, she threw a 50th birthday party for La Una for more than 100 people, including the former owner, who flew in from Florida. "Our childhood with this amazing Hatteras was the best anyone could ask for," Beth says.