8 Things A Marine Surveyor Wants You To Know

If you've never had a marine survey before, here are some things to help make the experience better. 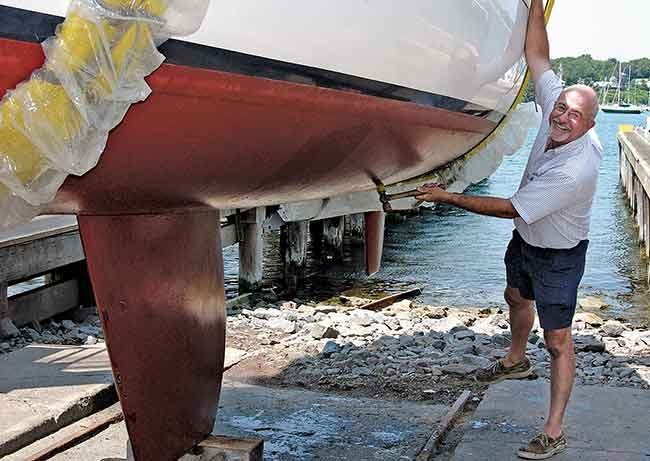 It's not hard to make a surveyor smile. All it takes is a little prep work on your behalf. (Photo: Mark Corke)

Over the years, BoatUS has written plenty on the importance of getting a marine survey on a boat you're considering buying, and for good reason. For many people, a boat may be the second biggest purchase they make, after a house, and there's a lot at stake financially.

Many insurance companies and banks require a Condition and Valuation survey in order to provide coverage or financing. But if you've never had a boat surveyed you might be wondering what to expect when you do need one. BoatUS Magazine's contributing editor and accredited marine surveyor, Mark Corke, offers up this advice.

Do Your Research Ahead Of Time

Decide what sort of boat you want and need. Have a look at a few models, then narrow down the list to one or two before you engage a surveyor. A surveyor has looked at hundreds or thousands of boats during his career and can offer advice on many boats, but he does not know which boat will suit you. One of my clients, after having me check out several boats, eventually asked me if I thought he should buy a power or sailboat! You'll need to have your choices much narrower than that. The last thing a surveyor wants to do is tell you what kind of boat is best for you.

It's Not Just About The Cost 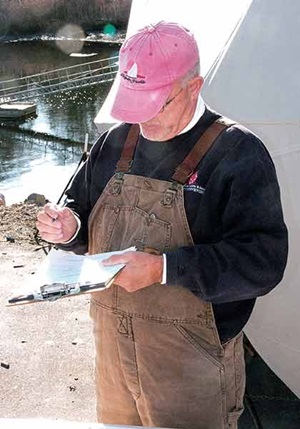 Surveyors make copious notes and take lots of
pictures, which will form the basis of the written
report. (Photo: Mark Corke)

Don't choose a surveyor on price alone. Of course you need to know up front what the cost of the survey will be, but it could be a case of "if you don't pay now, you'll pay later." That bargain-basement-price survey could cost you in the long run should the surveyor miss some important fault on the boat.

If problems are caught before inking the deal, you have the option of renegotiating the price or getting faults corrected before you take delivery of the boat. While there is no guarantee that you will get more from a more expensive surveyor, as in all things, you typically get what you pay for. Prices are generally around $20 to $22 per foot, but if you're quoted $12 per foot you need to ask yourself why.

Surveyors often get concerned when a client asks for a cheap survey because "it's only for insurance." Most surveyors are professionals and want you to be happy with your boat and ensure your safety on the water. In return, you want him or her to spot any deficiencies with the boat. Surveyors need to be able to stand behind their work (possibly even in the courtroom), and doing a "light" survey doesn't help anyone. Most surveyors have a set fee based on the size and type of boat, the type of survey, travel costs, and so on.

By all means ask how much the surveyor charges, but don't wait until the day of the survey and then try to start negotiating the fee. You have the right to back out of the purchase up until your contract acceptance deadline, which is often at least several days after the survey date. If you change your mind about the boat after the survey is done, the surveyor still has to be paid. Most surveyors expect payment on the day the service is completed. Surveyors typically won't send out the completed survey report until they get paid. It's the surveyor's version of "no cash, no splash."

The Surveyor Works For You Only

You'll be paying the bill, so it's important that you understand that the surveyor reports only to you. He doesn't share his findings with anyone else unless you specifically request it. If you have a broker acting as your buyer's agent, then you may ask that the surveyor send a copy of the survey to the agent as it makes your broker's job easier if he's asking for things to be addressed. Keep in mind that a survey is only good for a specific time because it's really a snapshot of what the boat was like on a specific day. Old surveys should not be relied upon.

Make Sure The Boat Is Prepared

If you are asking a surveyor to come to your boat to perform an insurance survey, make sure that the surveyor has access. Don't expect him or her to empty out lockers of heavy anchors, bags of sails, and boxes of spare parts. The surveyor needs to look at the mechanical parts of the boat, and it causes delays to have to move tons of stuff out of the way. If in doubt, ask the surveyor what he needs before he arrives. He won't expect everything to be off the boat, but he will appreciate reasonable access. One client asked me to survey his 33-foot sailboat, but it turned out that the entire contents of a small apartment seemed to have been crammed aboard. If that wasn't bad enough, the boat also had a Great Dane aboard! 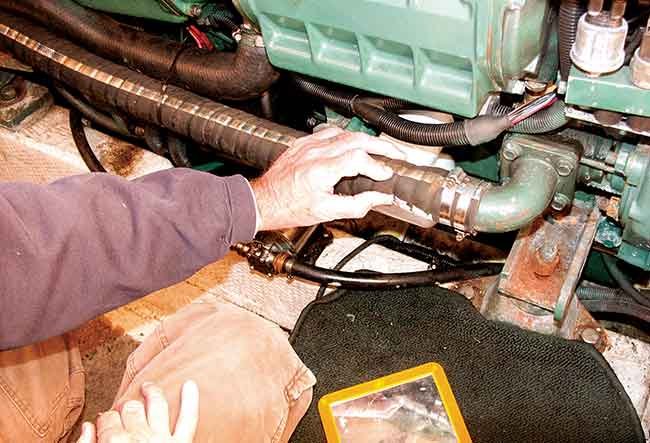 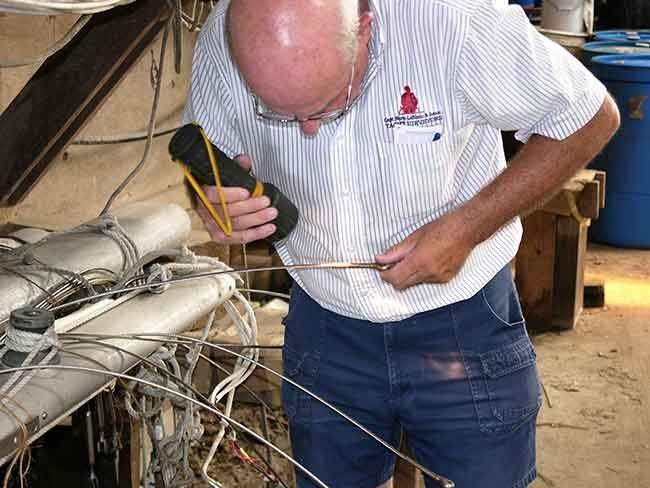 The condition of hoses and rigging are just a couple of things that the surveyor will check. (Photo: Mark Corke)

Don't Get In The Surveyor's Way

Most surveyors like it when the buyer is at the survey. They can answer questions and point out things of interest on the boat that may not find their way into the survey report. That being said, it makes the job slower if you hover. Allow the surveyor to do his job — you'll get a complete written report about everything he sees.

A Sea Trial Is Not A Boat Ride

The purpose of a sea trial is to check the boat's systems, engines, generators, electronics, and other parts that cannot be inspected while the boat is not under commission or is "on the hard." The surveyor will need to pay close attention to the engines, helm, and systems, and how the boat handles. To get the most from a sea trial, leave the kids, dog, and Aunt Kate at home. They can get a ride on the boat later, assuming you buy it. Too many folks on the boat makes it difficult for the surveyor to do the job properly.

Surveyors Are Happy To Talk Things Over With You

Most surveyors are only too happy to talk to you about the survey process, especially if this is your first time employing a surveyor. They will also answer questions after the survey, so don't be scared to call them up if you see something in a survey report that you don't understand. Surveyors are on boats every day, but owners and buyers may not always understand some of the technical terms.

Surveyors want to build solid relationships, because their reputations are at stake. There's a saying experienced surveyors tell newbies: You're only as good as your last survey. Marine surveyors are often independent businesses and want you to call them first when you buy your next boat and also to recommend them to friends and family. If you have a problem with a survey (or a surveyor) don't hesitate to bring it up.