Don't Fall for a Pretty Face

Hiring a professional surveyor before you buy could be the most important decision you'll make. 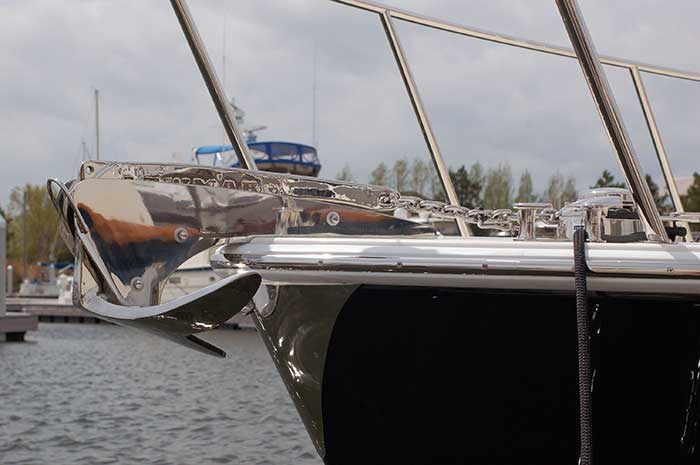 Never judge a book (or a boat!) by its cover.(Photo: Michael Vatalaro)

When it comes to boats, Peter Berman is no novice. The author of Outfitting the Offshore Cruising Sailboat, Berman has 45 years of cruising experience in nearly a dozen vessels of different types. Last fall, he was in the market for a boat when he found a midsize cruiser from a well-known manufacturer that was advertised as an "outstanding value, in very good condition." The broker provided a detailed year-old "insurance survey" that found the boat in well-above-average condition, without any deficiencies. The engine had low hours and the boat had been kept under cover. The boat looked lightly used, appeared to have been well taken care of, and the price was terrific — Berman was eager to go ahead. You might think that someone with his vast boat-buying experience wouldn't think twice about closing the deal right then, but before going any further, he hired his own marine surveyor — this one a member of the Society of Accredited Marine Surveyors (SAMS) — and an engine surveyor.

When the boat was hauled, the surveyor found massive electrolysis of the underwater running gear, severe blistering over a third of the hull, no bonding system, and some 60 other deficiencies. When the engine surveyor tried to run the engine, it overheated, and the generator and thrusters didn't work right. Disappointed, yet grateful, Berman passed on the boat. "At day's end, the money spent by having both engine and hull surveys were well-spent, even for an experienced old hand," said Berman.

Boat brokers often say that a boat's cosmetics — and buyers' emotions — are what sell it. If Berman had bought that boat based on his own reactions, he would have ended up with huge headaches and a lot of repair costs. But he was experienced enough to know how important an informed, professional opinion is when making a big-dollar decision when your heart is already engaged. Here's how to avoid ending up with just a pretty boat — and a lot of regrets.

It's easy to fall in love with an appealing sheer line, shimmering gelcoat, and gleaming teak, but this is not a time to let your heart guide you; you need an objective marine survey to avoid buying with rose-colored sunglasses on. A marine survey is an independent evaluation of a boat's condition and value, performed by a qualified inspector who has no stake in the outcome. In fact, even experienced surveyors will usually hire a fellow professional to do the survey on a boat they're considering, in order to keep emotion out of the equation. During the recent economic downturn, many boats sat unused and had minimal maintenance. Now that these boats are beginning to sell again, a professional evaluation, devoid of the excitement of boat-buying, is even more critical. Here's what a good survey provides:

Get The Right Survey

There are three main types of surveys done on a boat you're considering buying, and each requires a specialized professional to do them well.

Get The Right Surveyor

You wouldn't hire a plumber to rewire your house; the same goes for surveyors. Finding a qualified marine surveyor or a specialist is a matter of knowing where to look.

Surveyors welcome prospective buyers to be present at the survey. There's no better way to learn about your new boat than watching a professional methodically dig through it. The surveyor's notes will be more meaningful if they're able to discuss with you what they're examining. They'll also answer questions that might not be significant enough to be included in the written report, and can tell you about problems they've seen on similar boat that you can be on the lookout for. Pay attention. You may learn that the face is not as handsome as you thought.

How Much Do They Cost?

Marine surveyors are independent businesses and can charge whatever they want. But a rule of thumb for fiberglass production boats is $15-$20 per foot. Prices go up for wood and metal boats, older boats, and large boats. Cost of haulout also needs to be considered. Keep in mind that a survey for a mid-sized boat will take several hours, so if you're going to be present, plan accordingly. The cost of an engine survey depends on the size, complexity, and number of engines, ranging from $200 for small engines to over $1,000 for large twin diesels. Rigging surveys may cost up to $500 for a 35-foot boat.