Offshore Wind Projects, Some Ask Why Great Lakes Project Is Not Included 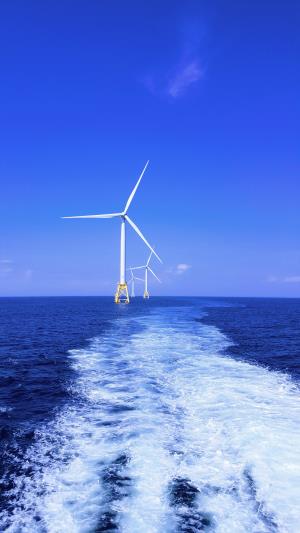 SPRINGFIELD, Va., Aug. 20, 2019 – A recent move by the federal government to expand the environmental review of the first major offshore wind farm in the U.S., Vineyard Wind, and the “cumulative impact” of offshore wind projects off the Atlantic Coast has left some in the Great Lakes asking why Lake Erie’s proposed Icebreaker Wind project was not included. According to the agency tasked with completing the enhanced environmental review, the Bureau of Ocean Energy Management (BOEM), the new effort is a result of “comments received from stakeholders and cooperating agencies request a more robust cumulative analysis,” and comes in response to concerns from anglers, the fishing industry, and coastal communities.

BOEM’s Vineyard Wind website reports, “Considering such comments, and taking into account recent state offshore wind procurement announcements, BOEM is expanding its cumulative analysis of projects within its draft Environmental Impact Statement (EIS). Because BOEM has determined that a greater build out of offshore wind capacity is more reasonably foreseeable than was analyzed in the initial draft EIS, BOEM has decided to supplement the draft EIS and solicit comments on its revised cumulative impacts analysis.” The agency, which is part of the Department of Interior, further acknowledges that there will be an opportunity to comment on the supplemental EIS, which it expects to complete by no later than early 2020.

The fate of Icebreaker, to be located 8 miles from downtown Cleveland, is currently in the hands of the Ohio Power Siting Board and in the last stages of a multi-year decision-making process.

Boat Owners Association of The United States (BoatUS), the nation’s largest recreational boating advocacy, services and safety group, says it’s puzzled as to why the first project planned for freshwaters of North America that would initially site six turbines with backers planning for hundreds more did not garner the same consideration as other wind projects including Massachusetts’ 84-turbine Vineyard Wind and others in planning stages off the Rhode Island, Connecticut, New York, New Jersey, Delaware, Maryland, Virginia and North Carolina coasts.

“Regardless of how you feel about wind energy, all wind turbine projects must be treated equally, regardless of siting, in salt and freshwaters,” said BoatUS Manager of Government Affairs David Kennedy. “We have BoatUS members on both sides of this issue, but what unites them is the need to ensure an environmental review process that doesn’t arbitrarily treat projects differently.” BoatUS has more than 104,000 dues-paying members in the four states bordering Lake Erie.

Lake Erie Marine Trades Association President Michelle Burke has previously raised concerns about Icebreaker’s environmental assessment shortcomings. Said Burke recently in Soundings Trade Only’s Dealer Outlook blog, “… This (Icebreaker) would be the first such (wind farm) installation on fresh water, the source of drinking water for 12 million people.” Burke and others are concerned about stirring up contaminated Cuyahoga River dredging spoils that were dumped years ago into the lake, potentially in areas of future turbine sites.

Michigan Boating Industries Association Executive Director Nicki Polan added, “While the (environmental) reviews will initially focus on the East Coast, we will immediately urge BOEM to put the proposed project on Lake Erie on their radar, too.” Polan says a full Environmental Impact Statement on Icebreaker is required before any construction is permitted.