to Stop the Summertime Sale of E15 Fuel

BoatUS: "E15 is the wrong fuel for boaters, consumers and the environment" 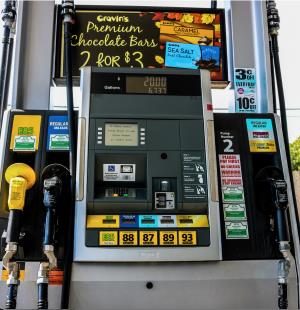 E15 gasoline is illegal for use in boats, many other vehicles, and power equipment. Can you find the E15 warning label? (credit: National Marine Manufacturers Association)
Download hi-res photo

SPRINGFIELD, Va., April 16, 2019 – In an action that many are seeing as anti-environment, anti-consumer and a big nod to the ethanol lobby, the Environmental Protection Agency (EPA) is moving toward permitting the sale of E15 (15% ethanol) fuels during the summer ozone season (June 1 to September 15). Currently available only in the colder months, E15’s summertime ban was implemented years ago to address concerns over its contribution to ground level ozone (smog) on hot days.

The nation’s largest boating advocacy, services, and safety group, Boat Owners Association of The United States (BoatUS), wants EPA to immediately halt any expansion of the fuel’s availability and is asking recreational boaters to speak up now to stop the summertime sale of E15 and offers an easy way contact the EPA by going to http://bit.ly/2UyyMFV.

Boaters have no love for ethanol in their gas because its proven to damage boat engines and fuel systems. If they had their choice of fuel, more than four out of five boat owners (83%) would choose E0 (ethanol-free) fuel – if it was available. Because of the harm it causes, E15 is prohibited by federal law for use in recreational boat engines and voids many marine engine warranties.

BoatUS has long had concerns over potential consumer misfueling with E15. Most recreational boaters refuel their vessels at roadside gas stations where pump-labeling requirements are minimal. Just one small E15 orange warning label is the only protection currently in place for marine and other off-road engines. Without additional consumer education to raise awareness that there may be more E15 fuel on market, BoatUS believes the risk of misfueling will increase and, with it, instances of expensive repairs to boat engines and fuel systems.

“E15 is the wrong fuel for the boaters, consumers and the environment,” said BoatUS manager of Government Affairs David Kennedy. “As recently as 2011, EPA determined it did not have authority to waive Reid Vapor Pressure rules for E15 fuel. We believe this was the correct decision and that any changes should be made by Congress, not the EPA.”

The push for the summertime sale of E15 and adding more ethanol into the nation’s fuel supply is a result of the Renewable Fuel Standard (RFS). When it was passed in 2005, RFS assumed that America’s use of gasoline would continue to grow. Since then, however, gasoline usage has not increased as forecast, which now forces more ethanol into each gallon of gas.

To keep up with the RFS mandate and avoid hitting a “blend wall” in which the volume of ethanol production exceeds consumption and infrastructure constraints, in 2010 EPA granted a waiver to allow E15 into the marketplace but limited its sales to colder months to protect air quality.

BoatUS is a member of Smarter Fuel Future, a coalition that aims to reform RFS.

Celebrating more than 50 years, BoatUS is the nation’s largest organization of recreational boaters with more than a half-million members. We are the boat-owner’s advocate on Capitol Hill. We help ensure a roadside trailer breakdown doesn’t end a boating or fishing trip before it begins. When boats break down on the water, TowBoatUS brings them safely back to the launch ramp or dock, 24/7. The BoatUS Marine Insurance Program offers policies that give boat owners affordable, specialized coverage and superior service they need. We help keep boaters safe and our waters clean with assistance from the nonprofit BoatUS Foundation for Boating Safety and Clean Water. Visit BoatUS.com.