The BoatUS Consumer Affairs department provides an alternative for those times when your frustration meter is going off the scale. 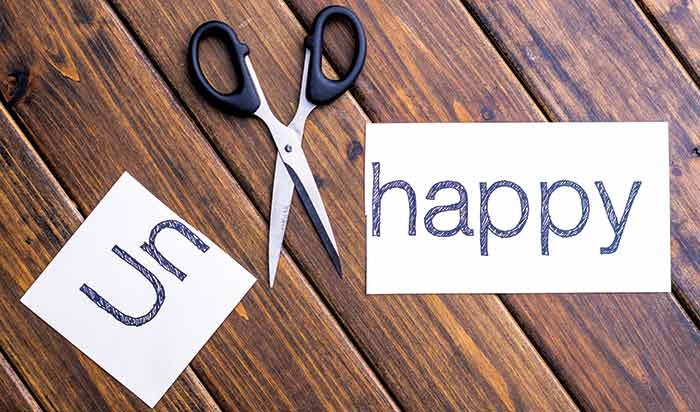 Everybody needs a little help sometimes. And that's what we do in BoatUS Consumer Affairs — help our members resolve complaints within the industry. Companies generally want do their best to keep their customers happy, but sometimes communications break down or expectations aren't met. Consumer Affairs can help by bringing both parties to the table, opening the lines of communication, and searching for solutions together.

Over the years, we've helped resolve thousands of issues. Sometimes it's as simple as cutting through red tape; other times it requires finding the right person to talk to. Not all disputes can be solved through the resolution process, but in many cases, we help both parties find common ground. These successes may not always be big-dollar resolutions, but every single one matters to our members.

Left In The Dark

A member had an expensive LED light that had quit working. He sent it back to the company he bought it from but had not been able to get it back for six months. Finally, he called us. We checked into the situation and found out that another company had just signed a licensing agreement with the original supplier that very month. We gave him the updated contact information. Two days later he happily reported that he called and spoke to a live person who said, "We'll take care of this!" — and they did.

Another member purchased a new 27-foot center-console fishing boat. Two rod holders came installed at the factory, and he had two more added at his dealer. The problem was that the rod holders have holes in the bottom of them to drain water that might collect, but the dealer-installed ones were positioned over the two power steering pumps on his boat. Water eventually caused the pumps to begin to corrode. He then learned that the rod holders were supposed to have small hoses attached to them to drain water away from anything under them and added the hoses himself, but he was afraid that the damage had already been done.

He asked the boat manufacturer for help, but a company representative told him that corrosion is not covered under warranty. Not satisfied, he asked that we contact the company on his behalf, which we did. The results were that the dealer he purchased the boat from wrote him saying it will warranty all labor charges for the power steering pumps for an additional two years. In addition, it agreed to replace the pumps at dealer cost should they need to be replaced during the additional two-year warranty.

He wasn't asking for free service. All he wanted was for his engines to work.

A member who has a 46-foot luxury powercruiser with twin diesel engines called with a problem. After 1,200 hours, the engines started producing black smoke and fumes, he said. A shop replaced the fuel injectors along with some other minor work at a cost of $6,000, but after the repair, the smoke was actually worse. During a conference call between his service provider, the engine manufacturer, and himself, the manufacturer could offer no advice. His service provider suggested changing the fuel injector pumps or engine turbochargers, but offered no guarantee that either would fix the problem.

By now, the member was frustrated. He wasn't asking for free service, he said; he only wanted his engines to work properly. He asked the manufacturer to send one of its expert diesel mechanics to look at his engines, but his request was declined. He sent both the manufacturer and his service provider a video of the smoke the engines produced, and both said there was nothing more they could do.

At this point, he wrote to us for help, and we wrote to the engine manufacturer. Within two days of receiving our correspondence, our member reported that the manufacturer had contacted him and was going to send one of its expert diesel mechanics to his boat, which it did. Our member wrote us: "I want to thank you for your help on this because the company would not respond to me!"

One of our members bought a new 2014 model year 29-foot cruiser in 2016. He noticed immediately that the bottom cushions on the boat were developing holes where the fabric was pulling away from the stitching. The dealership said it would replace them. The owner also pointed out that the bimini top was misaligned, allowing rain to run forward into the cockpit.

After owning the boat for almost two years, the owner could not get the cushions or the bimini replaced, and now neither the dealer nor the manufacturer were returning his calls. He was concerned that he might have to pay thousands of dollars out of pocket to fix the problems, so he asked us for help.

We wrote to the boat manufacturer on his behalf. We have good relationships with most manufacturers, but curiously we received no response. So we moved up the chain and wrote again. Not long after, our member let us know that the manufacturer had finally recovered his seat cushions. In addition, the company ordered a new bimini, and he was waiting for it to be installed.

Another of our members purchased a used downeast-style motoryacht in September 2017. A new generator was installed at the time of purchase at a cost of about $4,000. The company that installed it damaged the unit during installation, and our member said that it hadn't run reliably from the beginning. He said that various companies, including the generator manufacturer, had tried to troubleshoot and fix the problem to no avail.

Not long after, the member contacted us to say that everyone honored their commitments, and his new generator was installed. He wrote: "The generator now has more than 60 hours of run-time with perfect performance. Everyone involved did what they promised, when they promised. Everyone followed up with me afterward to be sure everything was OK. That speaks volumes to me about their integrity. I'm convinced that knowing I had contacted BoatUS made everyone aware that I was serious about holding them accountable. Thank you for your involvement and for your follow-up."