Advocating for Our Members

Your BoatUS membership offers an invaluable service you might not be aware of — until you need it. 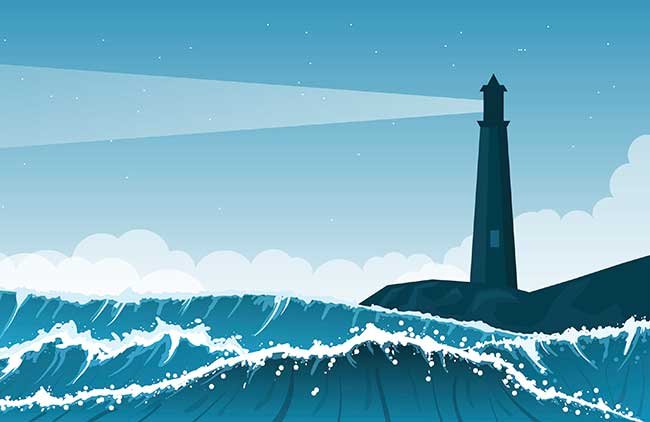 Many companies out there want your boating business. Whether it's to repair your boat, sell you a new gadget, or keep your boat safe in a slip, consumers have lots of choices, and companies know it. Most of the time, they do a good job keeping their customers happy. Once in a while, though, expectations aren't met, a product fails, or there's a problem with a service.

Boating businesses know that BoatUS is the largest recreational boating organization in the country with more than half a million members, and our Consumer Protection department leverages our membership to help find a solution when communications between company and member break down. We've been helping our members resolve disputes for 28 years and can often find ways to cut through red tape and help both sides come to an agreement.

In summer 2015, member James Stitt ordered a Revere Supply Company Coastal Commander 6 life raft from Melton Tackle's Amazon store. Because Stitt does his boating off the coast of California in the Pacific Ocean, he specifically ordered this raft because it was more robust than the others Revere sold. It was more than a year after it arrived that Stitt opened the box and realized they'd sent him the wrong raft.

He contacted Amazon first and got no follow-up. He then contacted Melton Tackle, which contacted Revere. Revere's response was that not only did it send the correct raft, it was three months past its warranty and there was nothing it could do to help. Stitt called BoatUS Consumer Protection for help.

In early 2017, we asked Stitt for photos of the incorrect raft along with ther documentation. Then we wrote to Melton Tackle with proof that, in fact, it was the incorrect raft and asked the company to provide what our member had paid for in exchange for the wrong one. While we were still working with Melton Tackle, Stitt went to a boat show in California hoping the retailer would be there. It was. While at the show, he produced a copy of the letter we had written. Staff looked it over and agreed that Melton Tackle had indeed sent the wrong raft and promised to send a new one.

A few weeks later, Stitt finally got the raft he purchased. "Melton Tackle said it was in the process of sending me a new raft, and it did!" Stitt told us. "BoatUS's letter was key to righting a wrong. I'm grateful for your diligence to support the best outcome."

Robert Monica bought his 2014 Key Largo 168 Bay Boat, which is manufactured by Caravelle Powerboats, new from Santa Fe Powersports in Alachua, Florida. In August 2016, he smelled gasoline while out boating. He was able to get back to the dock safely. Monica brought his boat back to Santa Fe Powersports, which found fuel leaking from the boat's drain plug. Further inspection found several pinholes in the top of the metal fuel tank. When Santa Fe submitted its estimate to Caravelle, the boatbuilder advised the retailer to have the boat owner bring his boat to Factory Direct Marine & RV Store where, he was told, the fuel tank would be replaced.

When a marine surveyor from Monica's insurance company came to inspect his boat at Factory Direct, he found that the pinholes in the top of the tank were simply filled with putty. Factory Direct explained that the repair consisted of filling the holes in the tank and said it tested the boat by "putting it on a forklift and tilting it to see if any gas splashed out."

In April 2017, we wrote to Caravelle to ask that it replace the fuel tank so that the owner "can use his boat without the risk of explosion." Two weeks later, we were notified by Caravelle: "In response to the letter we received from BoatUS, we will be sending the boat owner a new fuel tank and fuel line at no cost."

When you're the skipper and your spouse has a physical condition that doesn't allow her to pilot the boat, it makes sense to be prepared. Member Ed Laupmanis bought an Autotether lanyard-free wireless kill switch in 2012 from Defender because he singlehands his trawler with his wife, who is bedridden. The device stops the engine in his trawler if he were to fall overboard. But the product kept false alarming and scaring his wife, making it useless. He returned it to Autotether to be fixed, but after getting it back, it still didn't work. After trying several times to get a refund to no avail, he was about to give up. He wrote to BoatUS Consumer Protection for help.

We sent Autotether a letter outlining the ongoing problem, and a couple of weeks later the company's new owners wrote back explaining that the company had recently been bought by them, and that Laupmanis should go through Defender to get a refund. We explained that this was the same response Laupmanis had received before and that Defender said he'd have to go through the manufacturer. We persisted, and the company offered to replace the unit. Laupmanis declined saying he'd rather have his money back. Despite the fact that the new owners had no obligation to assist, they promised a refund, which came shortly after.

Sometimes It's Whom You Know

Early this spring, a member ordered a Dragonfly inflatable fishing boat from Evergreen Mountain Sports that he'd seen at an outdoor show in Harrisburg, Pennsylvania. Shortly thereafter, his credit card was charged, and a box arrived at his door. Unfortunately, the box contained the wrong color boat and was missing some essential frame pieces. He contacted the company immediately, and a representative apologized for the mix-up, saying he would look into it. Two months of emails later, still no resolution. Finally, the member emailed us to see if we could help.

Because the company seemed willing to help, we suggested he write one more email to them, and this time copy BoatUS Consumer Protection. A couple weeks later we received an email from the member stating: "All is good. Seems all I needed to do was threaten them with you. Thanks for being there."

If a fire breaks out on board, the last thing you want to discover is that your fire extinguisher doesn't work. More than 40 million Kidde brand fire extinguishers with plastic handles or plastic push-buttons, manufactured between January 1, 1973, and August 15, 2017, and sold in the United States and Canada, have been recalled. The Consumer Product Safety Commission says that the extinguishers could become clogged or require excessive force to discharge and fail to activate during an emergency. In addition, the nozzle can detach and pose an impact hazard.

BoatUS urges all recreational boat and PWC owners to check your vessels for recalled extinguishers and request a free metal-handled replacement, if necessary. Visit kidde.com and select "Product Safety Recall" for details. Alternatively, the company can be contacted at 855-271-0773.